The uneven Birds of Prey is a mediocre DC adventure; P.S. I Still Love You is an unnecessary, bland sequel.

The anti-heroines of Gotham come together (eventually) in Birds of Prey, the latest film in DC’s Extended Universe. The film takes crazed criminal Harley Quinn (a terrific Margot Robbie, reprising her Suicide Squad role) out from under the Joker’s shadow and puts her at the forefront.

After breaking up with Mr. J, Harley deals with her heartache by giving herself a new hairdo, adopting a hyena, and blowing up the chemical plant where she pledged herself to the Clown Prince of Crime. But with her ties to the Joker now severed, Harley lacks the protection her former relationship afforded her and faces danger from adversaries, including gangster Roman Sionis (Ewan McGregor, suitably creepy in the part) who wants her dead.

Roman has acquired a diamond that is embedded with the account numbers to a fortune, but when he sends his henchman, Victor Zsasz (Chris Messina), to fetch it, things go awry and the precious gem is stolen.

After Roman captures Harley and orders to have her killed, she, in a bid to save her life, offers to recover the diamond for him.

The various threads, however, don’t come together as seamlessly as you’d hope; a better script and more focused direction would have significantly helped.

By the end you are left wishing that the anti-heroines had either come together sooner and received more screen time (both as individuals and as a group) or the project had just chosen to focus solely on Harley and done away with the Birds of Prey angle.

The tale at the movie’s core is fairly simple and straightforward although the choppy structure and editing tries to pass it off as something more inventive. The film’s vibe and humour, at times, feel a little try-hard, especially when Harley starts to come off as a female Deadpool. Harley here is vibrant and intriguing, but ultimately hard to sympathize with.

Still, there are some compelling moments in this film, as well as a few entertaining performances (Robbie and McGregor in particular). A couple of interestingly staged and choreographed fighting scenes also add an element of fun to the proceedings, even though the adventure is never terribly exciting.

All in all, this is neither the best nor the worst DC offering, but in the hands of a more capable team, it could have been a lot more entertaining and coherent.

Lara Jean returns in P.S. I Still Love You, the dull follow-up to the middling rom-com To All The Boys I’ve Loved Before. After the events of the previous film, Lara Jean (Lana Condor) and Peter Kavinsky (Noah Centineo) has become an item. But just as their love is blossoming, a contrivance enters the story in the form of a letter from John Ambrose (Jordan Fisher), one of Lara Jean’s previous crushes and the recipient of one of her love letters.

John Ambrose then ends up volunteering at the same retirement home as Lara Jean; the two hit it off, leaving the latter conflicted. Should she be with Peter, even though she is perpetually insecure about his relationship with his ex-girlfriend (and her ex-best friend) Gen (Emilija Baranac) or should she choose John Ambrose with whom things feel a lot more effortless?

The character’s vapid dilemma leads to snooze-inducing drama. Instead of putting its heroine in a compelling predicament, P.S. I Still Love You chooses to randomly borrow cliches from the rom-com playbook, and is further let down by its amateurish structure (brief scene, then sappy song snippet, and repeat).

Perhaps you will enjoy the movie more if you liked the young adult romance book series the film is based on, or if you, for some reason, have a strong opinion about who Lara Jean should date.

For its part though, the movie doesn’t exactly inspire the viewer to care about what’s going on. You aren’t given the chance to be invested in the fate of characters like the underdeveloped John Ambrose, or even given a reason to root for the protagonist, seeing how Lara Jean’s behaviour just makes it seems like it is Peter who could do better. Condor may be a charming presence onscreen but the flimsy storyline keeps her from transferring her charisma onto her character.

P.S. I Still Love You is just a bland teen rom-com (albeit very light on the com) that is even less interesting than its predecessor. Lara Jean could have made a more appealing protagonist had the writers chosen to make the most of her character’s potential and put her in a more memorable tale.

Review: Birds of Prey (And the Fantabulous Emancipation of One Harley Quinn, To All the Boys: P.S. I Still Love You 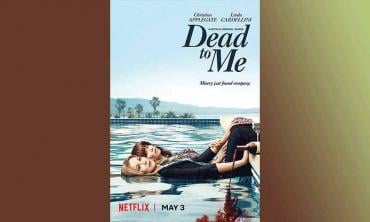 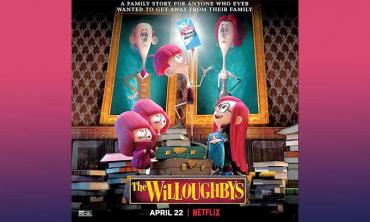 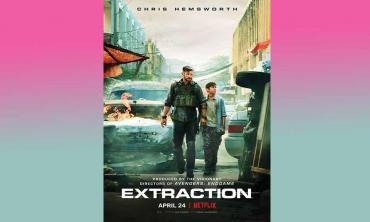