Book cover blurbs will often tell you that their author is a major new voice on the literary scene. And you’ll want to believe them. In a world with a glut of formulaic stories and novels, the possibility of a fresh style or unique perspective is always exciting, if unlikely to pan out.

But these accolades are usually reserved for debut authors. Musharraf Ali Farooqi is no newbie, and veteran writers rarely reinvent the wheel. Which is why the fact that his latest offering, The Merman and the Book of Power (Kitab, 2019), leaves one with that same sense of excitement that a major new voice on the literary scene might do, is more significant. The writing is familiar: vintage Farooqi. But the nature of the work is unusual – so utterly distinctive that it feels like a new beginning for the author, in fact for all of us.

Musharraf Ali Farooqi is known primarily as a translator, most notably for the English editions of the Urdu epics, Dastan-e Amir Hamza and Tilism-e Hosh Ruba. His literary fiction has also been received well over the years, with Between Clay and Dust shortlisted for the Man Asian Prize 2012, and The Story of a Widow shortlisted for the DSC Prize in 2011. He has also made substantial contributions to children’s literature with original fiction in English and Urdu, and by compiling and republishing Urdu classical works for children through his publishing house, Kitab, and its StoryKit programme.

What never garnered public attention in quite the same way was Farooqi’s writing on the occult. With The Merman and the Book of Power, he kicks that door wide open. This might just become his defining work.

Set in the tumultuous years immediately after the inglorious demise of the Abbasid caliphate at the hands of the Mongols, The Merman and the Book of Power follows the scientific exploits of al-Qazwini, a scholar and jurist in the Mongol court in Baghdad. Originally part of the Abbasid court, Qazwini is introduced to the reader as one of the important figures spared in the massacre of Baghdad, who is now using this reprieve as a chance to complete a personal project of great importance to him: a scholarly work that is both cosmography and natural history, documenting the plants and creatures of the unexplored world from the heavens to the earth and down to the depths of the sea. In short, Qazwini is trying to develop an all-encompassing theory of creation to explain the diversity in all living things, including beasts that are half-animal and half-human.

It so happens that a year after the fall of Baghdad, Mediterranean fishermen capture a merman off the coast, and this creature is brought to the Mongol court in Qazwini’s city. The people of Baghdad, traumatised by the horrific massacre at the hands of the Mongols, are convinced that the conquering hordes are Gog and Magog, let loose from behind the wall that had held them at bay since time immemorial. The word on the street is that the appearance of the merman is yet another sign of the End Times. But Qazwini is a scientist, and he wrangles permission out of the new governor of Baghdad to keep the merman under observation, to further his work on his theory explaining creation. Obsessed with his life’s work, he is unable to see the treacherous road that this endeavour will lead him down.

Two things make this book remarkable: one is Farooqi’s depth of research and knowledge, and the second, the truly inspired illustrations by Michelle Farooqi that bring to life the creatures mentioned in the story. Amazingly, the characters–human and half-beast–are all drawn from historical accounts, and it is marvellous to see how Farooqi has fictionalised the past in a way so as not to undermine the experiences and beliefs of people who lived in it. In an author’s note at the start of the book, Farooqi shares the extensive sources he immersed himself in to do his research, which include the actual thesis that the real al-Qazwini was working on, called Marvels of Things Created and Miraculous Aspects of Things Existing, and The Information Regarding the Heavens by Aminuddin Khan, both translated into Urdu.

It would be wrong to think that all this research was done in secrecy. There were precursors to this moment: Farooqi’s 2011 novel The Jinn Darazgosh; a series of essays on mystical folklore in an Indian online magazine some years ago; an academic exploration of jinns in Islam in Lapham’s Quarterly; and another series of essays on strange and supernatural occurrences in history, published in Dawn under the name Magic Lantern. In fact, the core incident of al-Qazwini and the merman, around which the novel revolves, appeared in the Magic Lantern series six years ago. People in the industry noticed what he was doing at the time, but it is only now that Farooqi has used the material and the enormous knowledge he has amassed over the years to its full potential.

As with all of Farooqi’s work, ultimately its beauty comes from his treatment of matters of the heart. This is as much an exploration of the supernatural as it is a long look into the depths of human nature, characterised by desire, ambition and love. It is easy to lose oneself in these pages, surrounded by the humans and beasts from the past, so carefully and sensitively brought together in Farooqi’s imagination. Will this be the end of Qazwini, the merman, and this saga? We will have to wait and see.

The Merman and the Book of Power is available through the publisher at kitab.com.pk

The Merman and the Book of Power

Power of a fable: Musharraf Ali Farooqi's new book is a long look into the depths of human nature 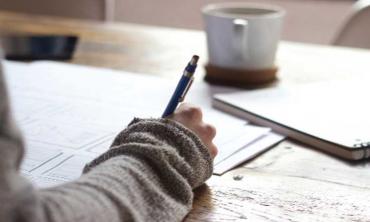 Writing in the days of Corona 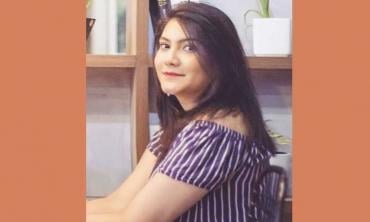 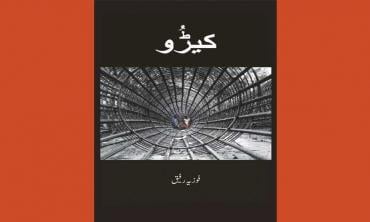