Soybean dust allergy or toxic gas release, will we ever know the reason for the catastrophe?

Since last Sunday, (February 16) Karachi has been in the grip of fear, anxiety and uncertainty as at least 14 people died in two days due to the release of some ‘mysterious’ gas in Keamari port area, while authorities failed to explain the cause of deaths.

On Monday morning, seven deaths and over 100 sick people were reported due to release of a “toxic gas” in the localities adjacent to port area. The bodies and patients were taken to two major hospitals in the area, Kutiyana Memon Hospital and Ziauddin Ahmed Hospital for treatment.

“Port authorities are trying to hide the facts,” said Faisal Edhi, head of Edhi Foundation, the top ambulance service in the country. “They (authorities) should tell the truth so that further deaths and damage can be prevented,” he said while talking to media.

By Tuesday, seven more people had been reported death and over 400 had fainted as media reported another release of apparently the same toxic gas in Jackson and Railway Colonies, located near the main port area.

The Karachi Commissioner stated on Wednesday that 10 people had died in two days, not 15 and that about 300 others were admitted in local hospitals with symptoms of asthma and difficulty in breathing.

However, KPT authorities denied the release of any deadly gas from any ship anchored at the port. Federal Minister for Maritime Affairs, Ali Zaidi also said he had himself visited the port area and found no clues regarding the release of toxic gases. In a tweet Zaidi released a video clip showing him on a KPT motor boat near ships and claimed that the area was safe.

On Tuesday evening, the International Centre for Chemical and Biological Sciences (ICCBS), released a report confirming that soybean dust (aeroallergens) was found in blood and urine samples collected from the bodies at the morgue and the sick admitted in hospitals. The offloading of soybean from an anchored ship was immediately stopped and since then no death or injuries have been reported.

“The KPT and federal government authorities are concealing the factual position from the public,” Abdul Qadir Patel, the area’s MNA from Pakistan Peoples Party (PPP) alleged. He said he had raised the issue in the National Assembly. He also said people were left helpless due to the negligence of KPT authorities. According to him the port authorities cannot absolve themselves of responsibility as it apparaently did not take the necessary precautionary measures while off-loading soybean from the ship.

The Global Environmental Labs (GEL) claimed in its reports that the air in the Keamari port area had registered an extraordinary increase in the amount of poisonous gases like hydrogen sulfide, nitric oxide and sulfur dioxide.

The ICCBS press release said a similar incident had happened in Barcelona, Spain where deaths had occurred due to the release of soybean dust, which can cause severe allergy with symptoms like breathing difficulties and ultimately death, if the affected people are not provided immediate medical attention.

In a letter sent to the Karachi commissioner, ICCBS Director Iqbal Choudhary said that the findings so far suggested that the symptoms being experienced by Keamari residents were a result of “overexposure to soybean dust”. The provincial Environmental Protection Agency had asked the ICCBS to prepare such a report.

The Health Department declared an emergency at all major hospitals in the city and many patients were taken to Jinnah Postgraduate Medical Centre (JPMC).

Meanwhile, the authorities have reportedly decided to offload the remaining soybean from the ship at Port Bin Qasim, away from densely populated areas. However, residents of Malir district have opposed offloading of the ship at Port Qasim fearing that a similar problem may occur in their area.

The soybean dust explanation has been challenged by many. Some doctors and plant protection department’s officials haved argued that in case of soybean dust the workers and staff at the port would have been the first victims, but all of them had remained safe. Moreover, a senior chest specialist, Dr Nadeem Rizvi, has said that soybean dust cannot cause deaths. “The dust can cause allergic symptoms but not death”, he said in an interview with the media.

The mystery deepened further when the Environmental Protection Agency released the air quality report by a private laboratory, which indicated the presence of toxic chemicals in the air. Then there was a rumor that a fumigation company, Progressive Fumigation Corporation, was spraying a toxic gas in a container which leaked. However, the company denied it saying the fumigation had been performed in the presence of quarantine officials.

The Global Environmental Labs (GEL) claimed in its report that the air in the Keamari port area had registered an extraordinary increase in the amount of poisonous gases like hydrogen sulfide, nitric oxide and sulfur dioxide. Some of these chemical are applied on imported used clothes.

Administrations of some private schools announced closure in the Clifton area on Tuesday. However, the government-run schools remained opened, despite thin attendance. The provincial government also issued orders to private schools not to close the schools as this might create unrest among parents.

The movement of trucks from the port and oil terminals was also restricted as the state-run Pakistan State Oil (PSO) reportedly stopped operation for a brief period to protect its staff but resumed theactivities in the evening. This caused a shortage of petroleum products and long queues were witnessed on many petrol pumps in downtown areas on Wednesday. Motorists were seen buying extra fuel after rumours of an impending fuel shortage. However, in a press release the PSO stated that it had “ample stock” and there was no need for a panic.

Some of the local people said the police and port authorities should have located the place from where the gas or dust was released and those responsible should be taken to task.

The author is a senior journalist, currently working as development communication professional in Karachi 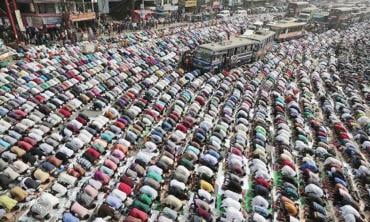 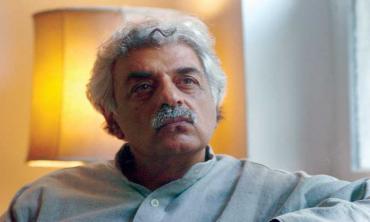 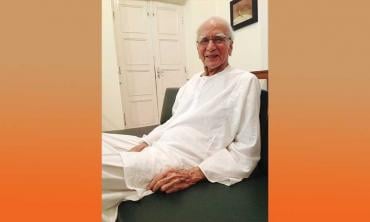