Songs of the week

Instep picks 4 songs that must be on everyone’s playlist.

Album: In the Box (series)

With approximately a decade with Jal (the music group), a series of awards, several Coke Studio appearances and a thriving solo music and acting career, Farhan Saeed continues to be one of the most popular faces in pop music.

His latest, a song written, composed and produced by the very talented Saad Sultan, ‘Baliyay’ comes with a message of peace and is closer to the singer’s earlier works. Defined as “post-pop”, the song is a part of the new music series In the Box that has been started by Saad Sultan. Since the release of this single, in just six days, it crossed 250,000 hits, showcasing both the song’s overarching superiority over other new songs and Farhan Saeed’s indubitable popularity.

It’s been a couple of weeks since Strings released their sixth and final single from their album, 30 (Tees), but the song cannot be kept off the playlist. A single that redefines the Strings signature soundscape, this juicy concoction ft. beautiful lyrics acknowledging the band’s many years in music and its belief that the future still beckons, is a shining star in their discography. The futuristic music video by Yasir Jaswal only adds to its value.

Among the biggest hits of the year, this is a song that continues to be a straight shooter. It is still as appealing to people as it was when the drama serial Mere Paas Tum Ho starring Humayun Saeed, Ayeza Khan and Adnan Siddiqui in chief roles, first aired. Humayun Saeed’s Danish maybe dead but this song is very much alive on the charts.

The modern ghazal singer of this decade, Ali Sethi has mastered the art of singing works of iconic poets, singers, Sufi saints. Merging his knowledge of Sufi philosophy, ragas and teachings from the likes of Professor Ali Asani of Harvard University, Ali Sethi is back with a rendition of ‘Khabar-e-Tahayyur-e-Ishq’.

‘Khabar-e-Tahayyur-e-Ishq’ features the poetry of Siraj Aurangabadi with the tune composed by Ali Sethi himself. With research and commentary provided by Ali Asani, the song is produced by Noah Georgeson. It is the first music video however, to feature him in the batch of singles Ali Sethi has worked with him on, in the past such as ‘Ishq’, ‘Dil Ki Khair’, ‘Chandni Raat’ and ‘Dil ‘Lagaayein’. Noah and Ali have pushed the envelope and this single is the latest example.

The song is a modern take and offers beautiful acoustic sound due to its usage of modern instruments that help in creating a ubiquitous field of magnetic heart-melting music. There is a BTS documentary of this single as well, available on YouTube.

Shamoon Ismail has long been the creator and king of a genre called ‘Jutt Blues’ that he alone is known for due to his eponymous earlier hits that found listeners – beyond the border.

Shamoon has indulged his fans in a fusion of Jutt Blues but in his last couple of releases such as the EP Magic followed by Brown Sugar EP, the sound has become more layered with a lo-fi, ambient texture. It is also most palpable on his recent release, ‘Rung’ with the lyrical verses still an attractive amalgamation of Urdu, English and Punjabi. You just cannot go wrong with this song. 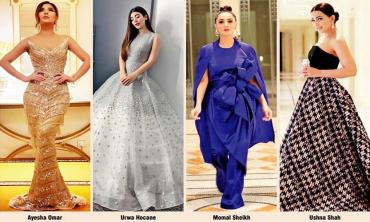 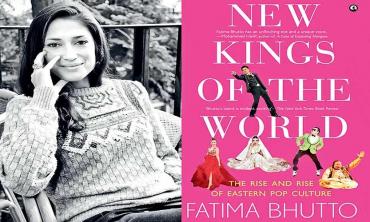 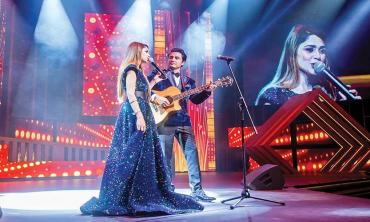