“I hope to work on more controversial projects”

Currently shooting in the UK winding up Asim Abbasi’s upcoming web-series Churails, The News on Sunday (TNS) spoke with Mo Azmi via telephone to talk about his breakthrough.

Few local filmmakers view the medium as an influential consumption of art, and approach it futuristically in order to leave a lasting impression. Cinematographer, Mo Azmi is an exception, whose body of work in Pakistan speaks volumes to how he creates a world unto itself, whether in ad-films, music videos or movies. Each offers a distinctive artistic vision that is in equal parts surreal and realistic. In Shaan Shahid’s Operation 21, Azmi did justice to the sci-fi spy thriller, as he did later to action-thriller Jalaibee. However, what put him on the map are Asim Abbasi’s Cake and Kamal Khan’s Laal Kabootar, both of which were Pakistan’s official submission to the Oscars.

Currently shooting in the UK winding up Asim Abbasi’s upcoming web-series Churails, The News on Sunday (TNS) spoke with Mo Azmi via telephone to talk about his breakthrough.

TNS: You’ve worked on two of the most critically acclaimed movies to have come out of Pakistani cinema in recent times — Cake and Laal Kabootar. Tell us a little about how you were approached for the two and what your experience was like?

MA: The first real conversation that Asim and I had regarding Cake was about us both growing up with four sisters in a Pakistani household, where gender and hierarchy took precedence over individuality. The first real conversation that Kamal and I had regarding Laal Kabootar was about the effects of a failed state, where the system does nothing to help people, so they find all the wrong ways to help themselves. If the goal is to make people think and feel, in either order, then we better consider how we think and feel about the subjects we’re working on. It’s important to learn about everything. I’ve always thought that knowledge maximises the potential for empathy. Moreover, these conversations are important in the long run. No matter how complex and convoluted every project inevitably becomes, it’s important to keep reminding yourself of the simplicity and strength of the singular idea that you started with.

They were very tough to shoot because this is a tough country. It’s ironically closer to a lawless town from an old Western than it is to any first-world country today. Fortunately, the people that we surround ourselves with are lovely, supportive and generous and we couldn’t have done anything without everyone coming together behind the concepts.

The other thing about approaching any new project is making sure it disrupts my comfort zone. And other peoples’ comfort zones. I think it’s a misconception that people watch movies out of escapism. I think people watch them for connection, in a country obsessed with sensationalism, it only makes sense to help writers/directors make content filled with subtlety, subversion or – dare I say it – truth. And I only hope to work on far more controversial projects in the future.

TNS: Given the current cinema scene, what motivates you to keep going with little acknowledgement of the craft?

MA: I don’t feel that an audience’s experience is diminished by not being exposed to the importance of camera work. The only real reason to fight for acknowledgement is to give voice to crews that work tirelessly, and in Pakistan often under horrible conditions. However, social causes are not something award-shows really want to attach themselves to. The Golden Globes went all plant-based this year, I’d much prefer that over adding a local category for cinematography.

TNS: Do you think you’re able to inculcate your influences in your own, individualistic aesthetic?

MA: Inculcate is a strong word. A lot of things I’ve inculcated in my aesthetic – or while helping run a production ship – comes from wisdom I found in biographies, audio commentaries and surrounding myself with good mentors. Bugging them for answers to questions bigger than they said they could answer. Finding out why something was done the way it was more crucial than just appreciating it and trying to re-create it. You can appreciate a pretty image only for so long. For it to resonate, it should contain an idea that sparks something in you or forces you to connect with things subconsciously.

Filmmaking is a profession well-suited to my personality. I enjoy studying and researching things that I can methodically put into practice immediately. Then I also enjoy disregarding all my knowledge and traditions to try to experiment and attempt something I have never done before – and the approach entirely depends on how I feel about the project or how I’m feeling at the time. Knowing that James Wong Howe on Body and Soul in 1947 had shot the fight scenes while handheld on roller skates in the ring is quite empowering. It means that there’s a history of people doing crazy and ambitious things successfully.

TNS: Lastly, several cinematographers across the globe have hopped onto the director’s chair later in their careers. Is that the path you plan on following as well?

MA: That’s hard to say. But I’m open to it. At the moment, I’m just struggling to be a better DP. Which is a life I thoroughly enjoy. And helping produce content for directors that I believe in. Which is less enjoyable but certainly more important.

Film and series directors have to possess a very strong voice and opinion on the stories they’re telling, and project empathy and ideas that’ll hopefully translate locally and internationally. And to protect this vision from its inception to the moment an audience is viewing it, wherever, is a very tough and commendable job. You really have to believe in what you’re doing and trying to say. I’ll do it when I know I have to. Until then, I’m happy just to be in the position that I am.

The author has a penchant for writing and cinema, balancing two polar opposite worlds and taking it as it comes 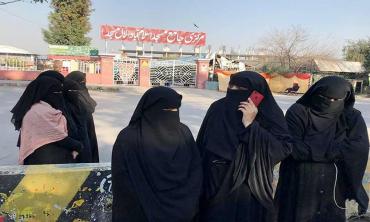 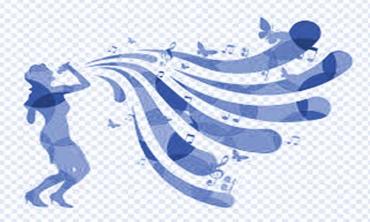 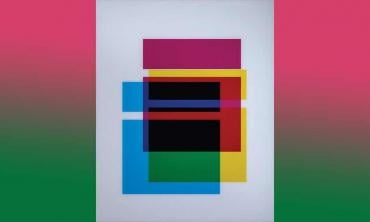