There could be scores of reasons to visit a hill station in July but they are the customary ones: escape from the heat in the plains of Punjab, summer vacations, the lure of cheap tour packages, a reunion of old friends etc. But this trip of mine, to an isolated hill near Murree, insulated from the humdrum of human habitation by the thick conifer forest, was an exception to the usual reasons.

This was mostly about a century-old forest bungalow that has recently been restored by my friend Ahmer Malik, who wanted me to take a look at it.

Situated near the Lower Topa, at the end of the Murree Expressway, the Cherhan rest house was built in 1911/12 by the Forest Department to serve as a camp office for the British forest officers. In the colonial era few services were considered ‘imperial’, the foremost among them was the Indian Civil Service (ICS), the precursor of Pakistan Administrative Services – or the erstwhile DMG. It was followed by Railways, Forest and the Postal and Telegraph Services. These were the highly sought after services and only Englishmen were considered ‘worthy’ of these jobs. While on such tours, ‘sahibs’ would be accompanied by memsahibs, provided they were married. The occasional bachelor would normally take an evening stroll on the Murree mall or sip coffee at Sam’s restaurant.

Brown-sahibs almost abandoned this place in the eighties (1980s) as it was not considered a part of the duty to stay overnight while touring unless it was absolutely necessary to do so. And when staying overnight became a necessity, checking in a hotel with windows overlooking the Murree mall sounded much better to them than an isolated location deep in the forest.

After the roof of the Cherhan rest house caved in during the earthquake of 2005, the building was considered too dangerous by the department to live in. As the rest house was abandoned, the wooden doors and windows got stolen. Graffiti hunters carved their names for ‘posterity’ till the rest house was taken over by TDCP in 2017 and the restoration started.

The front elevation of Cherhan rest house is as simple as it is exquisite. There is a verandah at the front with a low sloping roof of corrugated sheet, two bedrooms on either side separated by a living room, a dining room behind the living room with a covered walkway descending to the kitchen at the back. The kitchen and the storeroom are at a reasonable distance from the living quarters. The cook at the rest house, Ahsan, has received his training at a five-star hotel in Islamabad and his culinary skills can excite the taste buds of the most sophisticated gourmet.

These ‘visitations’ have a usual pattern and the stories are narrated by the hereditary caretakers of these old rest houses. With each passing decade, more spice is added to these myths.

After settling down in the rest house, we were ready for a walk in the woods as there was still some time to complete darkness. Our guide, Mohammad Irfan, was blessed with a knack of pulling conversations. On our way to the woods, he introduced us to his family, showed us his village, which was a distant settlement below the horizon line, barely visible in the fading light.

Irfan was also carrying the “extra burden of protecting us from a surprise animal attack”, as he said so himself. Even after my repeated assurances about the entire family being fond of wild life, he was certain that he was the one completely responsible for our protection. He also gave a mini-lecture on poisonous snakes. To top it off, in the middle of his lecture a snake crossed our path, which I rushed forward to examine, much to the annoyance of Irfan. He appeared satisfied after this snake encounter; as his statement, “danger lurks around us in the jungle” was now making more sense.

Next morning, as we were thinking of another round of hiking, Irfan, armed with a wooden cudgel, proudly presented us the carcass of a snake that he had killed in the wee hours of the morning. Danny and Manal identified it as a Himalayan pit viper.

At night the creaking wooden floor makes this rest house sound more colonial – and the mind starts playing tricks on you. Plots of horror stories that you read way back in your childhood start rewinding in your idle mind. Banshees in white flowing gowns move along the verandahs and disappear into thick moist air beyond the dark shadows of the juniper tree. A lost restless soul of a white sahib or memsahib, depending on who met a tragic death in this compound, may softly tap at the door. Before you wake up, it moves on leaving you with a creepy feeling.

These ‘visitations’ have a pattern and the stories are narrated by the hereditary caretakers of these old rest houses. With each passing decade, more spice is added to these myths. The two nights we spent at this rest house were unusually dark. We were struck by late-night thunder, lightning and rain, the essential backdrop for a horror tale. Heavy showers played music on the slanting tin roof and the rushing wind rattled the windows. My wife Afia woke up a few times at night to check whether the windows were properly secured. I read a few chapters of Eric Newby’s travelogue On the Shores of the Mediterranean before dozing off. Our children, were asleep in the room next to ours. Both our daughters thought they heard someone walking in the verandah.

I will just ask the readers to hold back their opinions until they visit this lovely rest house, perched deep into the thick forest where the only sound during the day is that of the birds chirping or the cool breeze gushing through the pine trees.

The author is a conservationist and animal rights activist and can be reached at dr.raheal@gmail.com 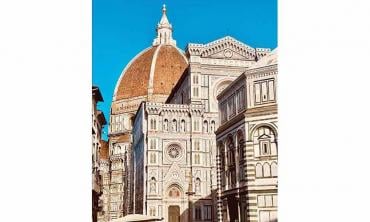 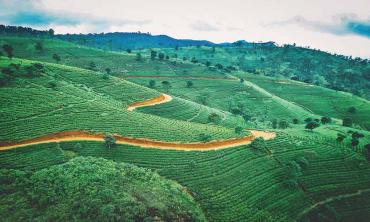 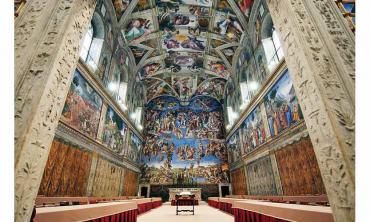