Aisha Sarwari, co-founder of Women’s Advancement Hub works on gender rights and awareness issues. She developed sensitivity for mental health issues early in life as she suffered from dyslexia. She had to face a lot of pressure from her family. Her father was an educationist. The expectations always revolved around grades and ‘perfection’. She did not come up to the expectations because of learning and reading disabilities.

When she lost her father at the age of 11, this also created a void in her life that sowed the seeds of abandonment anxiety. When she became a parent herself, the pursuit of for perfection continued. She was often reminded that a working mother can never be a good mother. She was shamed for being unable to breastfeed her children regularly. The pressures of living in two worlds of work and home resulted in post-traumatic stress disorder (PTSD) which remained untreated for years. “I would visit the therapist without telling anyone so people couldn’t judge me,” she says.

With no support system to fall back on she dealt with her depression and psychological issues by seeking professional help. Two years ago her husband was diagnosed with a brain tumor. She no longer wanted to carry the burden of mental health alone and internalise the stigma. She shared the news and the fallout of his illness on social media. She said, “I received the kindest words from strangers, friends and family. However, there were people who used the truth of the situation against me. Some people would tag me in posts to tell me my husband has lost his mind. They would imply that somehow I had failed to control him.”

She understands that vile behaviour can be expected on the internet but what was sad was the way people close to her refused to empathise. “You can get good wishes but almost everyone will pass  judgments  on the choices you make as you navigate the challenges of mental health. It’s a very exhausting and lonely trek in an unknown terrain.”

In Pakistan, mental health is not taken seriously and if someone is diagnosed with a mental disability or ailment there is hardly any support system to help them.

A support system generally is a network of people or a set-up in hospitals to provide emotional or practical support so people may carry on with their daily lives. At times, families and friends become a huge support system when a loved one is suffering from mental stress. However, this is not so in most cases.

A support group provides a safe space where personal experiences and feelings, practical coping strategies, firsthand information on treatment regimens are shared. This acts as a bridge between medical and emotional needs and varies from one-on-one and group meetings, to teleconferences or online communities. Some groups invite doctors, psychologists, nurses or social workers to talk on a subject the members want discussed.

In Pakistan one sees hardly any support groups and the few that exist are not very open about it. Mental health still carries a stigma in our society and people are not vocal about this.

Afaq Nayyar, a writer who has been dealing with mental/neural ailment since early childhood and was formally diagnosed in 1999, says, “Those were the worst days of my as I was battling for survival. I had no support system and till this day I don’t have any real life support though I am part of random social media forums. I deal with my health issues on my own, mainly by reading, writing and doing music.”

Dr Mazhar Malik, a consultant psychiatrist in Rawalpindi, who diagnosed Nayyar with obsessive compulsive disorder (OCD) and anxiety, explained what that meant.

Afaq says, “I assure you that mere googling OCD won’t help; it’s a far bigger nightmare than a normal person can ever guess.”

Financial meltdown didn’t affect Nayyar as much as social insecurity, low self-image, lack of emotional support and privacy did, “I was under so much pressure that I contemplated suicide.” Braving these storms, he managed to complete his doctorate besides earning master’s degrees in five subjects. He is a stronger person now.

Mental health is now being discussed online and a number of support groups have been created online. However, these come with their demerits, too. People posting their health issues anonymously often face inappropriate or disrespectful comments or behaviours from members and non-members alike. Often, family and friends may isolate them on online spaces. There is lot of information out there but often the pateints’ privacy is at stake. 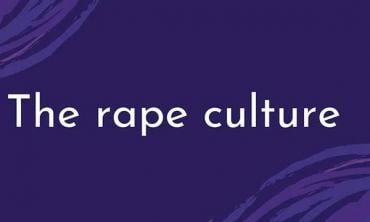