As the temperatures drop to minus 30-degree celsius at base camp, avalanche risks get proportionately higher. Add to this a constant jet stream of icy winds gushing at a 100 kilometre per hour, strong enough to uproot tents, and it can make any exposed part of the skin subject to instant frostbite. When one looks at these weather conditions, paired with perhaps the most difficult terrains on the planet, the first question that often arises in one’s mind is: why do they do it?

Winter mountaineering is a highly specialised sport, especially on the 8,000-metre high mountain peaks, five of which are located in the Gilgit-Baltistan (GB) region of Pakistan. An elite group of mountaineers, some of the best in the world, challenge the limits of what is thought to be humanly possible by attempting every winter to climb these summits.

This challenge was first taken up by an elite group of Polish climbers earning them the nickname Ice Warriors for attempting what was thought to be impossible back then. Leszek Cichy and Krzysztof Wielicki became the first climbers to ever summit Mount Everest on February 17, 1980 – only two years after Reinhold Messner proved it was possible to climb at those altitudes without supplemental oxygen.

The first winter ascent in Pakistan came almost 30 years later, when a group of climbers including two Italians, — Simone Moro, Kazakh Denis Urubko, — and an American, Cory Richards, summited Gasherbrum II on February 2, 2011. Back then not a lot was known about the conditions in the Pakistani Karakoram Range, which after the feat were termed to be much tougher than the conditions in the Himalayas in Nepal. The remoteness of the peaks in GB meant that the climbers were far removed from ground support and had a thin chance of rescue in case something went wrong. The word was out and mountaineers from across the world wanted a taste of how it felt to conquer these inhospitable peaks in the most dangerous season.

The Karakoram and Himalayan ranges in Pakistan have always held a great appeal for local as well as foreign mountaineers. More casual hikers and trekkers also show a keen interest, many of which take the 25-day trek to Concordia. Known as the Roof of the World, Concordia is home to Pakistan’s top five peaks and four of the world’s top 14, towering at 8,000 metres or above, including the mighty K2.

As winter expeditions are getting more in vogue, a whole community of local guides and porters has emerged as a result, centred in Baltistan and Shimshal. These guides and porters, though lacking an advanced institutional setup, have mastered the skill of climbing and managing modern equipment from international expeditions.

An elite group of mountaineers, some of the best in the world, challenge the limits of what is thought to be humanly possible by attempting every winter to climb these mountains.

For these communities, tourism and mountaineering is a lifeline which becomes ever more crucial as the looming climate crisis threatens their traditional means of livelihood. The base camps of these mountains, which are thronged by tourists and climbers in the summer resembling festival villages become desolate wastelands in the winter – devoid of all signs of life. The poorest and most vulnerable villages lie along the famous trekking routes, and are, to an extent, dependent on the influx of tourists that brings with it employment opportunities for porters or guides.

Many international climbers contribute to funds which assist in establishing schools and providing learning materials to children in these communities. It is a symbiotic relationship, where local assistance is crucial to the success of any expedition, and lives of the local communities are intertwined with a continued interest of foreigners in their remote and rugged regions. With the end of classical mountaineering expeditions that lasted for a whole season and were heavily funded by countries, these communities now rely on winter alpine expeditions which in terms of budget pale in comparison to the former.

For Adam Bilecki – a modern-day Ice Warrior from Poland who has climbed Broad Peak (in 2013) and Gasherbrum I (in 2012) – the joy and satisfaction of climbing these peaks push the boundaries of human achievement and possibility. For expert mountaineers, the thrill is amplified during the winter. Earlier in 2018, Bilecki, along with Denis Urubko, was a part of the team attempting to summit K2, which remains the last unclimbed 8,000-metre peak in winter, earning it the title The Last Great Challenges of the 8000’ers. Their attempt was cut off in a heroic effort to rescue Elisabeth Revol and Tomek Mackiewicz from Nanga Parbat, the 9th highest mountain in the world. Their rescue of Elisabeth Revol is legendary amongst mountaineers all over the world.

Whereas the misty and frost-laden air of GB is filled with stories of heroism, it does have its share of tragedies. Last year in February, Daniel Nardi from Italy and Tom Ballard from Britain went missing at 6,300 metres while attempting a new route up Nanga Parbat known as the Mummery Rib. The search and rescue effort was led by Muhammad Ali Sadpara and fellow mountaineers with air support from the Pakistan Army. The search was called off in the first week of March, following ten days of bad weather and almost zero visibility.

This winter, Denis Urubko is back in Pakistan. Along with his team members Don Bowie of America and Lotta Hintsa of Finland, Urubko is aiming to summit K2, the toughest and most dangerous mountain to climb on earth , nicknamed the Savage Mountain. Meanwhile, Simone Moro is also back in Pakistan with his partner Italian alpinist Tamara Lunger, to attempt and climb both Gasherbrum I and II.

Playing dangerously close with the almost impossible levels of risk, these alpinists ascend this tough terrain year in and year out. To them who have dedicated their lives to climbing, these rewards are worth the risk. It takes a special kind of person to seek the unknown in a world where there are no longer any blank spaces on the map.

As access to the high mountains grows, and tourism is at an all-time high, these people are driven further to explore beyond what is comfortable or acceptable. Although considered to be a team sport, mountaineering is more of a mental game played mostly in the isolation of one’s mind. More than a struggle for fame or glory, it is about a personal struggle for these mountaineers, driven by a desire to know the extent to which they could test minds and bodies of the climbers. This winter season, all eyes are set on the expedition in GB, as K2, the last of the 14 8,000-metre peaks, will witness yet another attempt for a maiden winter ascent.

Adil Pasha is an Anthropologist and a Mountaineering enthusiast.
Khan Shehram Eusufzai is a Development Communications specialists and journalist covering environmental stories

Mountaineering in Pakistan: The lure of frozen summits 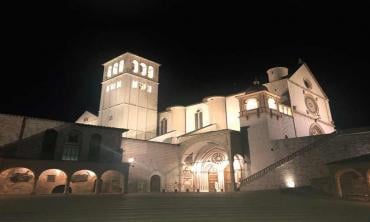 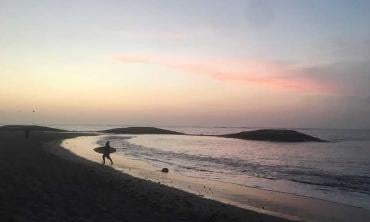 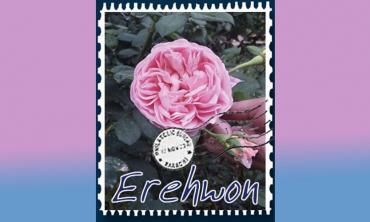