A conversation with Naazish Attaullah, the former principal of the National College of Arts

Many centuries ago Plato designated artists lower than other professionals in his ideal city. To date artists’ creative self-expression has experienced the worst kind of censorships, restrictions, control and regulation by various authorities in different parts of the world. And yet, artists have continued to raise questions, defy norms and critique oppressive models in the society to make the society more peaceful and humane. Their idealism is often critiqued as anti state or radical but it is actually the opposite – it is out of sheer love and concern that artists question the system and want to make their countries a better place.

In this piece, I speak to eminent scholar of arts, former principal of the National College of Arts and an artist, Professor Naazish Attaullah, and discuss the attempts being made to curb creative expression.

Farida Batool: How do you see the issue of freedom of expression in our present context?

Naazish Attaullah: The issue of freedom of expression requires reading at many levels. There is a given right in our constitution and enshrined in the UN charter. If we look at more recent events in India what is happening there now is that they are trying to make it a Hindu nation. This goes against the secular ideology of India. In a multi-ethnic and multicultural society, issues of extreme poverty and wealth are often neglected and religious ideology is highlighted, ignoring the fundamental rights of citizens to have adequate means of livelihood. So do you not speak about it as Javed Akhtar and Arundhati Roy did because it goes against the interests of the so-called majority and their narrative?

FB: This reminds me of the recent controversy surrounding the use of Faiz’s poem hum dekhein ge in the protests in India by students of Jamia Millia and Jawaharlal Nehru University. Is it specific to a ‘Muslim’ audience only or can anyone use it to address an oppressor?

NA: Of course, they are going to debate if it is anti-Hindu because it says Phir naam rahay ga Allah ka. I was there at Alhamra the day Iqbal Bano sang Hum dekhain ge and it was the height of Zia-ul-Haq’s regime. I remember it was a very tricky moment for those who were over there. It was Zia-ul-Haq’s Pakistan with a very strict censorship. So this particular song became very symbolic.

FB: Isn’t it ironic that when verses written by a radical poet, sung by a popular singer, are owned and used by protestors in Pakistan, they are termed as anti state whereas, when people going through oppression in India start use this poem, it becomes a matter of pride and joy for everyone in Pakistan?

NA: I would call it hypocrisy. Look at the very recent incident of closing down of Adeela Suleman’s work The Killing Fields, which was referring to Naqeebullah Mehsud’s killing by a notorious police officer, at the Karachi Biennale 2019. Even today, one can’t speak up against these disappearances and killings. The authorities argue that people who speak up against these violent acts are direct or indirect beneficiaries of foreign funding and part of some international conspiracy against their own country. They live in this fear of their own people.

FB: It is the same language of fear and narrative that has been used during every regime in Pakistan and elsewhere?

NA: People have been writing and making art using all forms of expression – exercising the freedom to think, write and express in whatever way one feels about the circumstances. Being creative beings, artists will always find a way to communicate. People have suffered in every regime for being outspoken.

FB: What about the element of fear? Adeela Suleman’s work has been given another life by the ban. The fear of being exposed is leading them to behave in an aggressive manner.

NA: I agree, that was sheer stupidity. Fear works both ways. A state becomes ‘fearful’ of its own people and then its minions create an atmosphere of fear in the society.

FB: So the artist is subversive by nature?

NA: Artists have a way of subverting the norm. It is that subversion, if we talk about freedom of expression, which falls in this category. The only way they know to deal with dissent is by elimination. So no one asks any question. There is a perception that if you don’t join the larger narrative, then you are not one of us – you are a traitor.

FB: As a principal, what was your position on creativity of NCA students?

NA: I think when you are young, you are fearless. You are already experiencing the world independently. You find ways of self expression. Providing a conducive environment that allows students to exercise the freedom of self expression is very important. As a teacher it is crucial to share the passion, and trigger that passion among students. After all, teaching entails critical thinking, questioning and critique.

FB: Your reference to intensity reminds me of Ghalib’s verse, jab aankh hi se na tapka to phir lahoo kiya hai (if it drips not from one’s eye, what purpose will the blood serve). If one’s students lack that passion and intensity for their self-expression then teaching becomes a futile exercise.

The writer is an independent artist who explores Pakistan’s political upheavals and tumultuous history. Her research interests are new media, masculinity, visual cultural theory, and city and public spaces 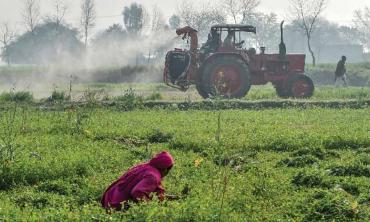 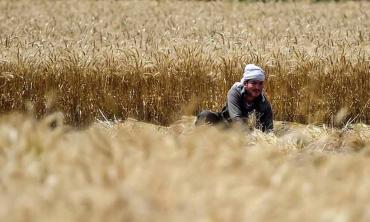 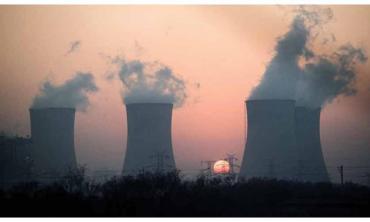