How can music evolve without staying true to its tradition?

The barsi of Noor Jehan is an occasion to recall her contribution to music, it also gives us an opportunity to gauge the current state of music in our society. Since the 1990s when Noor Jehan ceased to be a force in vocal music across the sub-continent, the music scene has changed radically. In the last two decades of her life she battled the ailments of poor health and did not produce one title after the other, as she is remembered for doing during the early parts of her career.

The word ‘change’ carries with it many connotations and musical expression has been changing continuously in our part of the world. Irrespective of what many have said, particularly in the light of a wholesale castigation of the Orient - as being unchanging or being stuck in a groove - this perception has persisted since colonial times.

Film music, itself was a huge departure from the music making previous to it, for it ushered in a new era of performance practice, the duration of the music number and the status of music; whether autonomous or part of a bigger whole. Since it was integrally linked to the changes in technology of recording music, it ushered in necessities brought in plenty, by its peculiarity.

Films in Pakistan have also been nosediving, not only in quality but also in quantity. So few films are being made these days, that film music or film songs as a genre may have problems defending their case. Not many decades ago in Pakistan more than a hundred films were being made and almost all had a number of songs in them. The sheer quantity was sufficient to classify it as a genre. It may become difficult to do so if only five films are being produced in a year, with around 25 songs in total. To say that Pakistani film music is a genre unto itself today, would be incorrect, unless ones sees it in the light of Indian film music production. The cinema industry of the two countries are like genre sisters.

Despite changes that crept through musical forms in the sub-continent, they carry the weight of a long grand tradition, well-conceived and musically integrated. Thus, propelling a great debate on the purity of form. The purity of form, does not imply sameness and unchanging nature of musical forms, rather the fact that it is sufficiently integrated into expression, so that it does not seem like an intervention, being borrowed or derived. This principle of absolute assimilation is considered essential for the organic unity of the art form itself.

The recording technology brought in changes of volume in voice production and the ability to intone in lower volumes of sound. A new type of musical expression started to emerge that was meant only for recording and not for a public performance. Only if it was properly aided by the systems of amplification and balance.

As the duration of the film songs was limited by technological scope, the ‘song’ has since become fixed at about three minutes and it necessarily included one asthai and a couple of antaras with a bit of alaap, at times vocally but most of the time through instrumental music as a prelude followed by a couple of musical interludes or interval pieces between the aasthai and antaras.

There was an invasion of the musical instruments of sorts with film music as the purity of the sarangi, tanpura, tabla and surmandal was abandoned for an orchestral musical impact. The most invasive of the musical innovations was the use of the orchestra and vocals, though remaining dominant as its format was of a song, it left a lasting impact on the instrumental music arrangement that was often played not as an accompaniment but as a parallel enhancer. It must be said that while plenty of local instruments were brought in from around the sub-continent, there was also an inflow of western instruments. Most western instruments were creatively adapted by our composers and musicians, so as not to sound outrageous, but to be a different yet integral part of the overall sonic design.

Despite all these changes film music was able to take off because the performers/vocalists were all trained in the classical intonation of the sur. The two existed at the same time and the one was not a substitute for the other. It was only when the vocalists and probably even music composers started to appear, representing a different sonic pattern that the downfall of film music started and has continued to do so.

The massive invasion of technology in music making has totally changed the tonal landscape. It is now penetrating or has totally taken over the production of sound, which means that the sound we have now is not natural. Rather it is more of an amalgamation, a coexistence of the natural overburdened by computer-generated, digital overlays. At the end of the 19th century, it was recording that forced music to change, but now it is sound production that is altering from within.

The themes tackled in earlier film music, were endemic to human expression, but gradually there has been an overwhelming drive to address the topical and the immediate. There is plenty of pressure on musicians to say something that is happening now, more on a daily or weekly basis, and if it is not so, then the composition or the piece, does not have the same impact. The desire to be topical with a definite message, has changed the scope of musical expression, and made it more current affairs-specific than human-specific in the larger context.

Pakistani music and preserving the essence 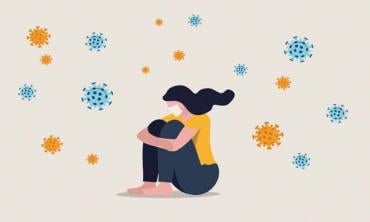 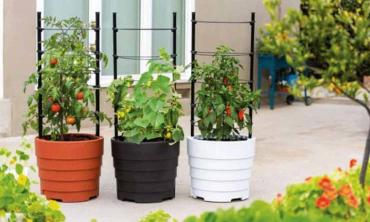