In conversation with Mohammed Ehteshamuddin

Instep catches up with the director, who helmed Mahira Khan-Bilal Ashraf starrer Superstar this year, on his upcoming feature length project, Dum Mastam, and his decision to work with Adnan Siddiqui as producer.

Mohammed Ehsteshamuddin with (exceptional) shorts like Shahrukh Khan Ki Maut – that premiered at Kara Film Festival – and full-length films like Chambali (actor) is among that rare group of people who jumpstarted the revival of Pakistani cinema.

Responsible for sensitively handling a topic like child sexual abuse, he created an iconic yet modern drama serial helming Udaari – an effort that moved others in the TV industry to make similar efforts via the medium of small screen.

With the 2019 film Superstar starring Mahira Khan, Bilal Ashraf, Ali Kazmi – among others – M. Ehteshamuddin has solidified his position as one of country’s finest directors, who can extract strong performances out of actors who are written off as pretty faces.

In between, an Udaari and a Superstar, he has also helmed an audience favourite TV drama such as Sadqay Tumhare, an intense love story marking the debut of Adnan Malik as actor opposite one Mahira Khan.

The year 2019 is coming to an end but with his first directorial venture for cinema, Mohammed Ehteshamuddin has delivered a bonafide hit in Superstar, which is still playing in selected cinemas and just completed its 100 days on the big screen.

He is now planning his second feature film with Imran Ashraf and Amar Khan in the lead – Dum Mastam – and he promises that it will entertain the audience, albeit in a different way.

In conversation with Instep, the filmmaker opened up about taking a break from MD Productions, working with Adnan Siddiqui as producer and why he is choosing to direct a film that has leading actors who haven’t worked in films, yet. Excerpts from the conversation…

Instep: Directors who have given a hit film often take some time off before their next venture. Don’t you think Dum Mastam came to you a little too quickly?

Mohammed Ehteshamuddin (ME): Adnan Siddiqui, the producer, approached me for Dum Mastam while I was completing the shoot of Superstar. He wanted to start it immediately but since I was busy with the post-production, I requested him to wait. Once I was free, I sat down with Amar Khan, who wrote the script in two years’ time, and the brilliant narration she gave, convinced me to say yes.

Instep: Tell us something about the film and why you thought of Imran Ashraf as the leading man?

ME: Dum Mastam is a story about people who live in old parts of Lahore. Amar has created characters that are multidimensional, and we wanted someone extremely talented to make it believable. Initially, we had thought of Fawad Khan who liked the role but due to overlapping dates, we decided to go with Imran Ashraf and we couldn’t be happier.

Instep: Imran Ashraf had a supporting role in Sadqay Tumhare and now he is the leading man. How do you see the transition?

ME: All I can say is that Imran Ashraf worked with me in Sadqay Tumhare and I am working with him in Dum Mastam. Not only has he matured as an actor, but he has worked very hard since then. He has made each and every role offered to him as something that only he could have done.

Instep: Both Imran Ashraf and Amar Khan haven’t done any film(s). Does it bother you as a director that they are new to films?

ME: Not at all. In fact, I am happy that the person who wrote the script is playing the female lead as she is not just a good actress but a brave one. Amar Khan likes to take challenges and accept roles her colleagues won’t even attempt. She knows the place where the film is based and understands the language. She even belongs to the same age-group.

Instep: Who else is on board for the film besides the leading pair?
ME: So far we have veteran actor Sohail Ahmed onboard along with the talented Saleem Meraj, Tipu Shah, Saife Hasan and Uzma Baig who played Ahad Raza Mir’s mother in Aangan. Yes, the production team is different due to a different production house – Cereal Entertainment – but exploring new possibilities is always good.

Instep: You mentioned the ‘three-films-on-Eid’ dilemma that has benefitted some, but hurt many other films in Pakistan. Don’t you think it’s time that something should be done regarding this issue?

ME: Yes, it’s high time that we should all sit together and devise a plan that takes the film and cinema industry forward. When more than two films are released together, it doesn’t benefit anyone but hurts the entire fraternity. Whoever will have the muscle as a producer and distributor will flourish and the other will fail. The filmmakers, producers, and industry people are not thinking of the film industry but of themselves and that’s not the right way to do it. Everyone from the channels, the distributors and the exhibitors must come on one page so that we can move forward in 2020, not backward. A film is not made by an individual or a channel but by a team, and all those who matter including rival channels, reviewers and critics must think of that before going all guns blazing. It will do no good to anyone if people stopped making films in Pakistan.

Instep: Superstar completed 100 days in cinema, which is not a small achievement considering the current situation of the cinema industry. How happy does that make you?

ME: It should have made me happy, but it didn’t. I would have been really happy had Superstar completed 50 days in cinema with an audience lining up to watch it. With no footfall, the film business is in dire straits; just imagine how happy I would have been had Superstar done massive business in the least time. The biggest issue right now is that people aren’t coming to cinemas, and a few of them are closing down due to overhead costs. Where will the films that have been announced screen if there is no cinema to facilitate them?

Instep: What steps should be taken to make this situation better?

ME: There are a lot of things that need to be addressed. First, if we want to save the cinema industry, the government should give relief to all cinemas including the multiplexes; the decision to give relief to cinemas with ticket prices of less than 350 seems like a joke. Secondly, the multiplexes should realize that nobody is willing to buy a ticket for 800 rupees – be it for a Pakistani film or Hollywood film – especially when they can purchase a Netflix account at the same rates for the whole month. Watching films in cinemas must become a family activity and cinema owners can do that by screening classics after digitally remastering and restoring them. A lot of students are doing it individually, working on yesteryear films and cinema owners can utilize their talents. Who wouldn’t pay to watch Anjuman, Umrao Jaan Ada and others in cinema, if they were screened now? Cinemas must lure the audience back; otherwise we will be standing at the same position we were before this revival of cinema happened.

Instep: After Superstar many stars have shown an interest in working with you…
ME: I am humbled by this love but I am a human, and can only helm one project at a time. If I get the time, I would like to work with all those actors who have expressed their desire to work with me. However, it all depends on the character as well because every character requires a certain actor and every actor can’t do that no matter how talented he or she is.

Instep: What is the actor Ehteshamuddin doing now that the director is busy making films?

ME: He is somewhere nearby (laughing). As soon I am offered a good role, I will do it but till then, I am content playing all the characters in my films, as the director. 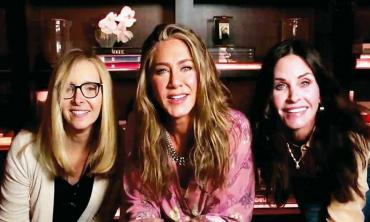 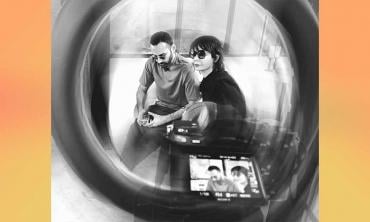 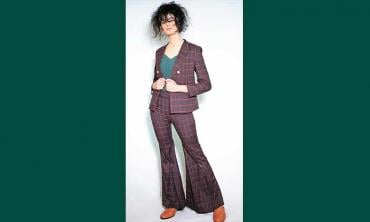