I do not think there is going to be any clash among institutions because I can see the House is lifeless. It lacks the muscle to confront other institutions and assert itself. Both the major political parties are having a bad time and cannot take a strong stance at this moment. One can recall how these parties responded to the call of Maulana Fazlur Rehman but did not come out in his support when he needed them. What happened in the Senate is also fresh in people’s minds. The decision to bring a no-confidence motion against the deputy speaker of the National Assembly was also withdrawn abruptly which shows how weak the opposition parties are.

What I foresee is that there will be buying and selling of votes in the parliament to pave the way for legislation of choice. These six months will be quite eventful. What happens with the appointments on three vacant seats in the Election Commission of Pakistan (ECP) is yet to be seen. The government and the opposition are supposed to reach a consensus in this context but it seems quite unlikely in the current scenario.

I have no clue as to what law will be passed during the next six months or whether there will be a deadlock. But what I can see is that the military bureaucracy has returned with full force to take over the reins of power in the Punjab and put things in order. I call it a military bureaucracy because there are many retired army officers among the senior bureaucrats who have been posted on important positions in the province. Ideally, the prime minister should have been strengthened after the Supreme Court order. But things seem otherwise.

I do not smell any conspiracy. I see the whole thing from a different angle. What happened was that a petition was filed in the court and the petitioner was asked to withdraw it. But on the date of the hearing, both the petitioner and his lawyer were not present in the court. It is quite obvious that the court looked at the points raised in the petition and decided to explore them because there were lacunae in the law about the provision of extension, tenure etc of the army chief. The court does not know everything all the time and may get an idea of the state of affairs through petitions. This, I believe, was the case with this petition.

The six-month time given to the army chief and the government is for the sake of continuity, and to give the parliament an opportunity to bring changes in the relevant laws. The parliament will need a constitutional amendment in case it decides to introduce the provision of extension in the Constitution of Pakistan. On the other hand, if there is a decision to increase the tenure of the army chiefs, including the sitting one, it can be done by amending the Army Act which is a sub-constitutional law. Though I am not sure, it is quite possible that the entities involved may try to find a way out by increasing the tenure of the army chief by one year or two.

My point is that the contents of the petition were such that you could not close your eyes to it. The court decided to get the loopholes and the objections answered. The role of the Executive was questionable. It seemed that no one had read the Constitution of Pakistan or even the Army Act before coming up with notifications and other official communications. There were major blunders there.

Whilst taking up the Chief of Army Staff (COAS) extension case, the Supreme Court highlighted various procedural deficiencies in the process. However, it also went on to note as issues the absence in the law of such a reappointment, and the misplaced reliance upon allowances by regulation to rehire retired officers for limited purposes of jurisdiction or to retain individuals in times of war.

In culminating the hearing by way of short order, the Supreme Court opted to exercise what it called ‘judicial restraint’ in allowing for the extension of the COAS’s reappointment to hold for six months whilst the government legislated to fill the void in the law which currently didn’t allow such an event to come to pass.

Judicial restraint is where the judiciary opts not to venture into uncharted territory, and leaves the activism and the solutions of society’s problems to parliament or its executive functionaries.

But the service laws of Pakistan are not novel territory and are clearly codified by the Supreme Court itself, where retentions in service post retirements and extensions have both been declared illegal, save for very exceptional circumstances which the court’s first order noted were absent. ‘Regional security environment’ was the cited reason to reappoint, and it did not constitute a war situation, according to our court when it began the hearings.

This wasn’t judicial restraint, it was judicial avoidance.

Did the Supreme Court set out to school the government in notification drafting? Did it seek to remind the Executive of its ability to adjudicate on all matters? Because otherwise, why did it frame issues of fundamental importance concerning settled law when they were never going to answer them?

Did the asking of these questions only to leave them unanswered not leave the court looking unsure, or even worse, unable? Why wade into the dark waters of de facto power if the result was the waters getting darker and yourself getting wet? 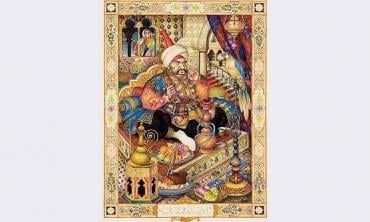 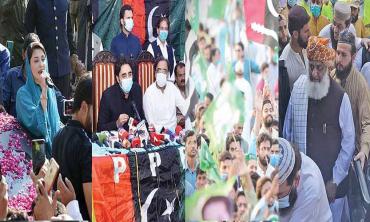 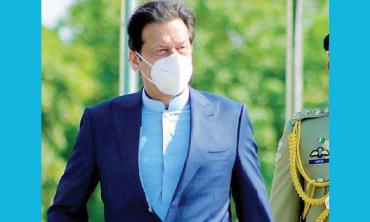