The saga of General Musharraf

Nominated as army chief by former prime minister, Nawaz Sharif, former President General Pervez Musharraf (retired) has been one of the most controversial military rulers in Pakistan.

He was touted as the Kargil warrior in 1998; he banned jihadi outfits post 9/11 under US pressure; and though he opposed Nawaz-Vajpayee talks in Lahore, he went to Agra — and almost signed a Kashmir deal. It remains a mystery why he didn’t proclaim a martial law in 1999. Like all coup-making generals he was ambitious, and did everything possible to prolong his rule. He is the only dictator who after staging the coup also declared an Emergency Plus in the country.

If the special court finds Gen Pervez Musharraf guilty of treason under Article 6 of the constitution, he’ll be the first army chief to have suffered the fate. He has been away for years. His health is deteriorating.

“I did not violate the constitution and I should be heard [in the court],” he said in his last video message. “Don’t call me a traitor. I have served this country for 10 years…”

Musharraf has no one to blame but himself. He disregarded the advice of two army chiefs and an ISI chief to not return to Pakistan or form his own political party.

The year 2007 was perhaps the worst year for him. He faced many crises – from Lawyers Movement to Lal Masjid raid to ban on media to Benazir Bhutto’s murder.

Musharraf’s decision to sack Iftikhar Muhammad Chaudhry, the then chief justice og Pakistan, on March 9, 2007, led to the November 3 Emergency Plus – and a series of disastrous miscalculations. In a meeting with the high ups after the 2007 SC verdict on Chaudhry, Musharraf admitted his mistake and proposed two options: resign or hold fresh elections in the country. I’m told everyone present there, including the then prime minister Shaukat Aziz and General Ashfaq Pervez Kayani, was stunned. The then Punjab chief minister Chaudhry Pervez Elahi strongly opposed both options.

Some of the people who closely monitored the events that led to the emergency believe that had Musharraf resigned on July 20, 1999, or held fresh elections; the situation would have been different today.

One is reminded here of the events that took place after Chaudhry was asked to resign on March 9. General Hamid Javed and General Kayani opposed the reference against the CJP, while Shaukat Aziz favoured his sacking. Musharraf decided to send the reference against Chaudhry. General Hamid was in contact with the former CJP, and tried to resolve the differences. At one stage, Iftikhar Chaudhry allegedly sent a message to Musharraf to step down as army chief and contest presidential election as a civilian. When the message was passed to Musharraf, he agreed, and gave his consent on plain paper. However, he did not make any public announcement in this regard.

The unanimous SC judgment for the restoration of the chief justice indicated that he had lost credibility and moral authority to rule the country, as the entire SC stood behind the CJP.

After the reinstatement of former CJP, the SC emerged as the most powerful institution in the country. Chaudhry then took up important petitions, including the cases of missing persons, and summoned top officials.

Between July 20 and November 3, 2007, General Musharraf started losing his grip over bureaucracy. Secretaries were summoned to court regularly. Political parties and civil society termed the reinstatement of Justice Iftikhar Chaudhry as a historic victory and mounted pressure on Musharraf. He decided to contest the presidential election. But he realized that the CJP would not allow him to run for the office.
In August 2007, Musharraf decided to approach former prime minister, Benazir Bhutto. Taking advantage of his weak position, she asked him to withdraw cases registered against her and her party. Hence the infamous deal through National Reconciliation Ordinance (NRO).

Musharraf has no one to blame but himself. He disregarded the advice of two army chiefs and an ISI chief to not return to Pakistan or form his own political party.

Thereafter, Musharraf announced general elections but told Bhutto to not come back before the polls. She ignored his warning and returned on October 18. She was also instrumental in convincing Nawaz Sharif to return to Pakistan.

These developments further isolated Musharraf. He found himself in a ‘no win’ situation.

It was not a situation he had entirely created on his own. All his decisions were made in consultation with his intelligence chief, General Nadeem Ejaz, his political advisers, Tariq Aziz and Brigadier Ejaz Shah (retired).

General Musharraf became a victim of his own creation. His act of overthrowing the Nawaz Sharif government was declared unconstitutional. His Seven Point Agenda clearly showed that he had been planning to overthrow the Sharif government. Some of Musharraf’s close aides said that he called himself a “true democrat”.

Musharraf tried to tighten his grip on power by holding a referendum in 2001. He also tried to divide the PPP and the PML-N to consolidate his power. He even engaged with the alliance of religious parties, the MMA.

Lust for power led Musharraf to commit a series of mistakes. Had he handed over power to the elected government after holding elections within 90 days after coup or even after 2002, he would have gone down into history as the general without an ambition to rule. Unfortunately, “he chose the same path as Field Marshal Ayub Khan and General Ziaul Haq,” says one of his aides.

Now, he will be remembered as a usurper.

The writer is a senior columnist and analyst of GEO, The News and Jang.

The saga of General Pervez Musharraf 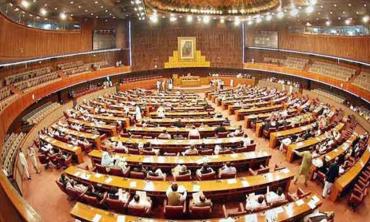 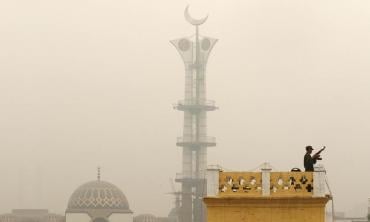 Not an isolated event 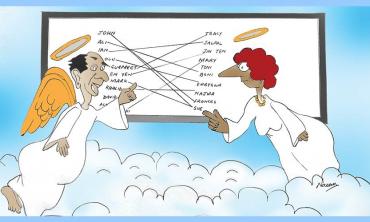 Marriages are made in heaven