The provincial government was to set up four centres for women subjected to violence. So far, it has established one in Multan – the fate of other three appears to be uncertain

Fakhra Batool (not her real name) went to Ranyal post of Saddar police station in Rawalpindi to register an FIR against her husband, who she said had beaten her severely and thrown her and their son out of the house.

“My husband routinely subjects me to physical and mental torture,” says Batool. “After beating me the up this, he told us to leave the house.”

The police took 10 days to register an FIR against Batool’s husband, despite visible signs of beating on her body. “I went to the police station everyday, for ten days. Every time the investigation officer refused to register my complaint. He also dismissed my complaint of having been physically abused.”

Finally, after she raised the issue on social media the police registered an FIR under Sections 354 and 506 of Pakistan Penal Code (PPC).

In February 2016, Punjab Assembly passed the Punjab Protection of Women Against Violence Act to provide relief to victims of domestic violence, forced marriage, rape and other offenses committed at home.

The Punjab Women Protection Authority (PWPA) was established in 2017 to regulate the law. Under the law, a Violence Against Women Centre (VAWC) was set up in Multan, where, Sana Javed, head of the VAWC, says, first aid facilities, prosecution, psychological counselling, post-trauma rehabilitation, medical examination and treatment, legal aid and other services are provided. A women police station is located within the centre – “to prevent the victim from making multiple visits to government offices to seek justice,” she adds.

She says that the VAWC is authorised to deal with complaints from Multan district only. “More than 3,000 complaints have been received since the centre was set up almost two years ago. It’s an alarming number of complaints.”

According to data available with TNS, the VAWC in Multan has received 3,694 complaints, of 17 different offences, between March 27, 2017 and September 30, 2019. These include 2,419 cases of domestic violence, 268 of family suits, 238 of life threats, 376 of harassment, 78 of rape/attempt to rape/gang rape and 110 cases of sexual and physical abuse. Further, 29 women have approached VAWC for shelter, 85 for help with property disputes, 6 have reported street crime, 31 fraud and robbery, 32 kidnapping or missing relatives, 3 forced labour and forced child marriage, 7 trafficking and 1 murder.

As many as 9 cases of psychological or mental torture, 1 each of possession and child abuse have also been reported at the VAMC in Multan.

Three years since the law came into force, its implementation is still problematic. According to Section 5 of the law, a victim of domestic violence may not be evicted from the house without her consent. She may choose to reside in her house or in an alternative accommodation to be arranged by the defendant as per his financial resources, or in a shelter home.

Sadia Khan, a resident of Rawalpindi, says that without proper enforcement, legislation is meaningless. “Government departments do not even listen to complaints.”

According to the law, the court may order defendants to be cuffed with GPS tracking bracelets. Those attempting to remove or tamper with this tracking device may be jailed for up to a year and fined between Rs50,000 and Rs200,000. However, “GPS tracking bracelets are too expensive for us to purchase them,” says Sana Javed.

Kinza Fatima, Punjab Women Protection Authority, managing director says that the provincial government has allocated budget for the establishment of the four new VAWCs in Rawalpindi, Faisalabad, Lahore and Gujranwala “But the funds have not yet been released. Hopefully, by next year, centres will be established in other cities too.”

She adds that due to lack of financial resources, the setting up of new centres has been delayed. “Given the meager resources available, Benazir Women Crisis Centre, Darul Aman and other offices working for women will be merged in Rawalpindi, Faisalabad, Gujranwala and Lahore. Police protection, healthcare and other facilities will be provided at these centres.”

Maliha Husain, the executive director at Mehergarh, a non-government organisation, says that the current government appears “non-serious” in extending and establishing VAWC in other districts of the province, when “the law says a VAWC would be set up at every district.”

She fears that the PTI-led provincial government is not showing interest in extending VAWCs because “the PML-N initiated the programme”.

Advocate Javeria Qureshi says Women Protection Act is meant to provide relief and legal facilities under one roof. “It is the government’s responsibility to notify the committees and establish centres under the said act.”

The writer is a freelance journalist based at Islamabad. He tweets at @TheShehzad 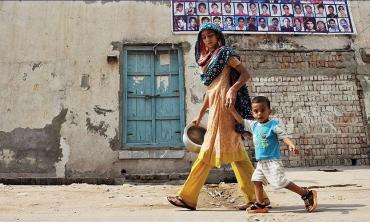 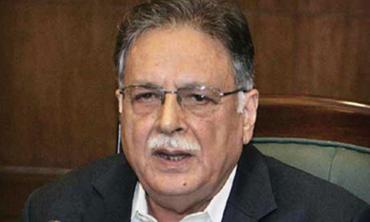 The politics of opposition 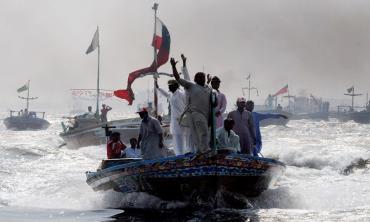