The book explores issues that are centralto society, economy,politics and the oppressed communities in general

Much writing on contemporary Pakistan is dominated by western security perspectives, as can be seen in the work of such authors as the American political scientist Christine Fair. Recent studies have sought to move beyond ‘crisis’ to consider ‘resilience.’ The volume under review continues this trend.

Rethinking Pakistan: A 21st Century Perspective argues that Pakistan’s contemporary challenges can be overcome if there is the will to undertake wide-ranging institutional, educational and structural economic reform. The volume not only brings together work by renowned academics and public intellectuals but those who are active in their areas of concern. The result is a thought-provoking multi-dimensional volume.

The breadth of the study can be seen in its addressing issues that stretch from climate change, feminism, press freedom, ‘disappearances’ and creating a scientific frame of mind, to more well-trodden areas such as civil-military relations, foreign policy and militancy. Each essay within the volume is presented in an accessible format grounding the theme in its historical context, before presenting the reader with a way forward that combines blue-sky thinking with grounded practicalities. In many instances, these include clearly defined policy prescriptions. The text is thus able to form an important contribution to academic and public discourse on the daunting challenges, as well as the opportunities that Pakistan currently faces.

It is important to step back in this way from the endless 24/7 media coverage and commentary, to reflect and to see the bigger picture and thereby move beyond clichés and stereotypes. Such is the 21st century’s relentless pace of change that events in Jammu and Kashmir have to an extent already clouded some of the possibilities raised in the later chapters on conflict, diplomacy and foreign policy. But even here, the volume’s wider message is helpful with the emphasis on the need to look beyond current crises and to seek a longer-term perspective, when considering transformative possibilities.

The authors see transformative change resulting from a combination of institutional reform and innovation, parliamentary legislation and from challenging restrictive mindsets and values. The latter underpins inequalities of power that disadvantage women, religious minorities, and regions of Pakistan, such as Balochistan, which is given coverage here that is absent in many general volumes. Pakistan’s asymmetrical power relations were in many instances, the legacies of the socio-economic, legal and political impact of colonial rule.

The introduction by Bilal Zahoor makes the important point that the All-India Muslim League’s policy as laid down in its Punjab and Bengal branch manifestoes and the Planning Committee report was to address these inequalities. Its popular appeal in both Punjab and Bengal in the mid-1940s rested in part on this ‘leftist’ agenda. The early post-independence period saw this agenda abandoned.

With the emergence of Pakistan, as a ‘security state’, constructed national histories, and readings of Islam that invalidate its call for social justice and gender equality have been used to bolster those elite groups that have been a support for a centralizing top-down state. This came as one contributor, Rubina Saigol, has declared, as a ‘form of psychic violence.’ ‘Religion was never the sole source of identity of the people; language, culture, ethnicity and other markers of social differentiation were equally strong, if not more (p. 103).’

The common call of the authors is that only when Pakistan’s inherent pluralism is acknowledged will the country achieve firstly, the social justice envisioned by its founding father and secondly, release the economic potential that exclusionary political and social practices have locked away.

The volume lays bare for the reader, the current environmental, social, economic and political challenges. They are in many cases interlinked and as a result, have proved intractable in the absence of a political will. The reader can clearly see their historic roots and the ways in which nation-building and state construction have not only failed to address glaring inequalities, but they have in many instances exacerbated them. The state’s centralisation drive and its continuation of the colonial policy of co-opting local elites are two cases in point.

Unlike much recent work, the volume returns to the theme of land reform being the key to social justice, increased agricultural productivity and political change. With respect to the last point, IA Rehman’s chapter raises the argument that ‘the existing ownership pattern is perhaps the biggest hurdle to Pakistan’s transition to a democratic order.’ He continues, ‘The landed aristocracy has been using its domination of the legislatures to preserve the status quo and resist all efforts for any social change that will affect their privileges (p128).’

The absence of social justice has clearly, throughout Pakistan’s history, generated political and economic instability. The state’s geostrategic vulnerability has further encouraged praetorianism. Sustained spells of military rule have not, however, brought stability. Rather, they have impeded the growth of civil society and further diverted resources from human development. Most importantly, in the case of Bengal, military rule intensified tensions with the Centre.

Three other chapters address neglected areas that are important for understanding contemporary Pakistan. The first concerns the largely forgotten area of industrial relations. Charles Amjad-Ali and Karamat Ali together argue that the state has constantly suppressed labour movements to uphold the interests of the dominant classes. Progressive and just labour policies are necessary first to ensure economic growth and social equality.

Secondly, so that Pakistan can meet its core international obligations as a signatory to International Labour Organisation conventions. They conclude with the comment that, “The question of how economic growth is transformed into general well-being to health, education, literacy and employment and so on, needs more attention, and the trade unions have historically been one of the major elements to achieve this (p 124).”

The reader should also take pause when engaging with the chapters on freedom of expression and ‘disappearances.’ Umar Cheema argues that journalists need to collaborate to avoid being picked out individually in a shrinking space for media discussion. Reema Omer points out the need to end ‘impunity’ by ensuring that perpetrators of enforced disappearance are brought to justice. This will not only, “bring justice to victims and their families, but also…avoid irreparable damage to the rule of law in the country (p 224).’

These are issues that rarely receive a sustained academic airing, but they are emblematic of a direction of travel that belies easy assumption that Pakistan has since 2008 advanced on the path to democratic consolidation. Ayesha Siddiqa’s chapter on civil-military relations reinforces this point. She concludes her analysis with the sombre comment that “As long as the military continues to find partners and weaken the civil society through divide and rule, change is not possible (p 236).

More optimistically, chapters on feminism, sex and secularism as resistance politics, offer glimpses into emancipated attitudes and a changed legal environment (the notable failure aside to secure protection against domestic violence) that offer transformative possibilities. The reader is also given hope for a future more liberal agenda in the field of education if a rights-based curriculum can be delivered.

Similarly, the call for replacing ‘growth with inequality’ by growth with ‘equity’ creates the possibility of ‘new economic dynamism.’ Such a progressive prescription sits alongside another chapter that claims that a new national policy to address the challenge of climate change can provide opportunities for the exports of technologies, practices and services.

The juxtaposition of ‘top-down’ and ‘bottom-up’ economic approaches perfectly illustrates the volume’s eclecticism. This is a source of its strength in presenting the reader with a myriad of fresh approaches to the problems that contemporary Pakistan faces, whether with respect to human rights, economic development, democratic consolidation and its external relations. 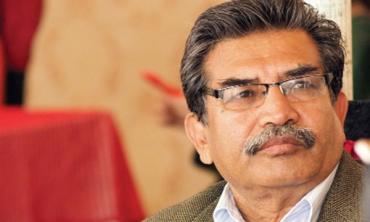 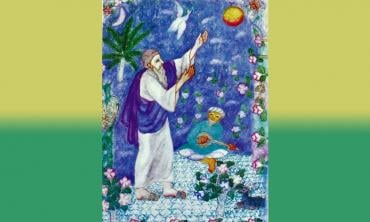 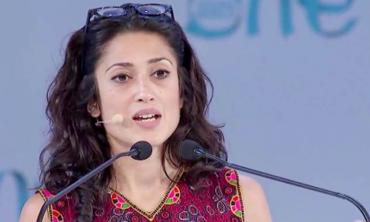