A homage to the queen

A journey to the historical Dudipatsar Lake and a memorable tale of dirt trails, gushing waters, tranquil meadows and once-in-a-lifetime experiences

This is a story of a long-overdue trek plan, of nervousness and tremendous excitement, of exhaustion, tears, weariness, of finding new friends, of sheer sunlight, cold winds and freezing nights. This is a story of dirt trails, gushing waters, tranquil meadows, of once in a lifetime experiences and management blunders. Brace yourselves, for this, is the story of a trek to Dudipatsar, or ‘the queen’ Lake.

After years of unsuccessful planning, me and my wife were finally ready to meet the queen of lakes. It was going to be our first journey together after getting married, hence the excitement was doubled.

There was a rough start. Our coaster left three hours later than the scheduled time and if that was not enough, the driver just refused to drive the vehicle above the speed of 60km/h. Due to this slow and calm’ pace, we reached Naran in 22 hours.

After reaching Borawai – where we were supposed to spend the night – we left straight for the Saral Pass. After half an hour’s ride, we learnt that the trip organisers had not arranged for horses and porters to carry the group’s luggage. We were informed that the reason for this was that there was no advanced booking for the hotel that we were supposed to be staying at. Hence we decided to skip the Saral Pass and continue towards Besal instead, the starting point of our trek to Dudipatsar. We were all ready to start the trek at 11 am but the police refused to give permission, citing security reasons. Our trek began at around 12 noon.

This was where our group divided into two subgroups. The majority decided to take a steep hike to bypass the roaring glacier stream. The remaining seven of us decided to actually brave the cold stream crossing with teamwork, focus and determination we did manage to complete the task at hand – albeit with some mishaps. It was an amazing learning experience.

After rejoining the rest of the group, we began our journey towards the lush green meadows. This involved a steep hike. Like every first-time hiker, I thought it’d be a piece of cake, only to realise later how wrong I was. Just one glance at the awe-striking plains following the hike was enough for me to forget the arduous journey I’d just had. The next stop was our campsite at Mulla Ki Basti.

Barring four (including me and wife), the group had already gone forward as they were walking a bit faster. The trek was stunning but we were tired. We were also getting a little anxious as our guide seemed unsure of where the campsite was. Then there was an ever-present threat of rain. In short, we weren’t in a position to enjoy or reflect on the beauty that surrounded us.

Trekking at night is difficult. Not really terrifying or dangerous, but long and laborious. We had a torchlight to show the way and these were, endless sounds of the stream flowing beside us, boulders, countless small watercourses to cross, extreme darkness and no signs of the campsite. We managed to finally reach the campsite at around 8 pm, but by then we were completely drained and tired.

Next morning, after breakfast, some members of the group continued their journey towards Saral Pass. The rest of us headed towards the surreal Dudipatsar Lake.

To be honest, the court of the queen (Dudipatsar Lake) begins at the Mulla Ki Basti. As you walk through the valley, it almost feels like the mountains are sitting on both sides like calm giants in her majesty’s court. You walk in the middle as mere minnows while they look at you silently, with a hint of amusement and maybe a little respect for your courage.

As the trek ended, I could only just catch a glimpse of the queen at first. I got to witness the lake in all its glory only after the last ridge. And there she was, on her throne of mountains, embellished with glaciers on its back. Like true royalty, she was calm, her surroundings were serene. The quiet waters of the lake had all shades of blue from sky blue, to navy blue to purple. It seemed to play hide-and-seek with us, now showing off its various shades, now hiding them.

After sitting alongside the lake for almost forty-five minutes, I and my wife decided to explore the other side of it, as suggested by a friend. The other side presented a totally different form of splendour, with a new landscape, a wider sphere, calmer waters, and more quietness. After taking a few pictures, we both stood there completely silent for about fifteen minutes, soaking the beauty. Those moments were the crux of the whole trip. There, at that point, it was all worth it.

The trek back to the campsite was relatively slow and relaxed. The second night, we were given a detailed lecture on stars by one of our group members, which was exciting on its own. On the last day after breakfast, we began our journey back to Besal. It was a clear day with the bluest skies. The most interesting part of the return journey was again the crossing of the glacier streams.

During the hike, the sole of one of my old trekking shoes came off. I tied it using a plastic string just so it should stay with me till the end, for one last time. At the end of the trek, I removed the shoes, took some pictures of the pair, and left them behind a boulder. I thought they belonged on the trek.

After crossing the River Kunhar on a carriage, I stepped into the ‘civilisation’ again. A city full of cars, concrete roads, a medley of sounds and people beckoned. But there was a newfound euphoria in my heart, knowing that I had met the queen of lakes, stood in her court and witnessed her in all her royal exquisiteness. 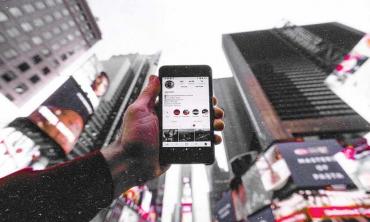 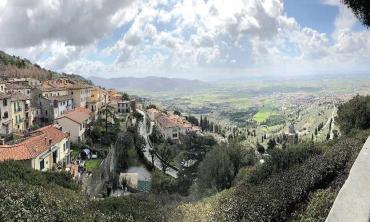