Tribute to a sports ‘ashiq’

Ashiq Hussain Qureshi, who passed away last week, used to strongly believe that "we may not have the most talented people in the team, but if we have a connected team, we can outperform any talented team" 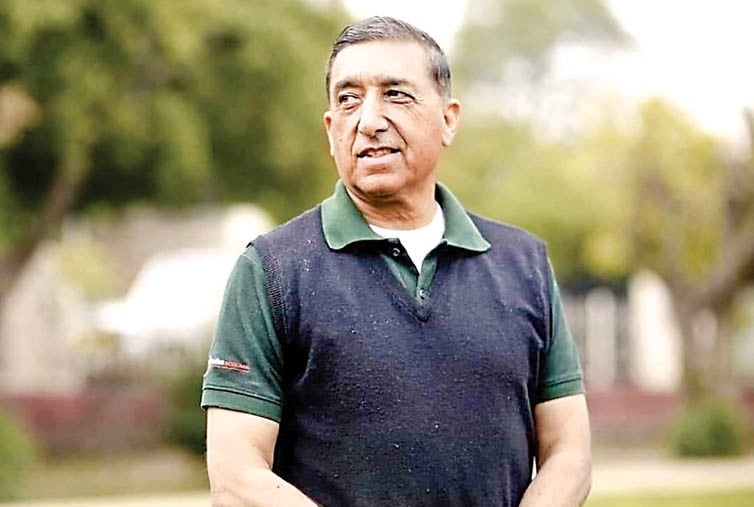 Ashiq, as his name describes his loving personality, was a lover of Prophet (Peace be upon him) and humanity and was an ardent sportsman who devoted a great part of his life to development of sports.

Michael A Thomson, Principal Aitchison College Lahore, paid rich tribute to Ashiq Hussain Qureshi when he left us all because of a heart attack on November 1. Thomson, while inaugurating Jafar Memorial Ground and Tiger Turf Synthetic Hockey Field, said, “You have left us far too early. Your enthusiasm and positive approach to life were our source of encouragement. Dear friend, when we opened the new Jafar Memorial Ground, it was as you envisaged, but minus the joy of seeing your face and listening to your prophetic words. It was you who led the way and you who filled us with the resolve to take on all challenges regardless of obstacles. Now, we pray for your everlasting peace… Dear Ashiq, rest in peace until we meet again. Great servant of youth and Aitchison College and your nation.”

Son of Nawab Sadiq Hussain Qureshi, the ex-governor and Chief Minister of Punjab, Ashiq was bestowed with a polite, soft-spoken, helpful, passionate and down-to-earth personality. He was Pakistan Veterans Cricket Association (PVCA) Chief Executive and had been the main driving force of PVCA since 2006. He was first cousin of Foreign Minister Shah Mahmood Qureshi and one of the trusted friends of Prime Minister Imran Khan. The PM in a message expressed his profound sorrow over the demise of Ashiq in these words, "I am devastated by the death of one of my oldest friends. He was always there during my many setbacks in life. He was the first to stand by me when I decided to build the Shaukat Khanum Memorial Trust (SKMT) Hospital and was a PTI founder member.  Above all, he will be missed as a gentleman and a great human being."

Ashiq was commissioned in Pakistan Army’s Armoured Probyn’s Horse Regiment in 1971 from where he was inducted into Pakistan’s foreign services. Ashiq was an active sportsman from his school days in Aitchison. A fine athlete and genuine fast bowler in his youth, he continued to play and serve sports till the last day of his life.

I clearly remember his first visit to me in October 2006 in Islamabad when Brigadier Arif Siddiqui (Retd), the ex DG Pakistan Sports Board, referred him to seek my opinion on different aspects of sports development.

I found Ashiq a very focused and down-to-earth person. Despite being from an elite Nawab family, he was a noble person with no self interest. His only interest was the promotion of sports in Pakistan for which he remained steadfast and associated with me for last thirteen years.

Brigadier Siddiqui described Ashiq as a sports idealist who had great faith in power of sports and wanted to use sports for youth development.

After my completion of Master’s in Sports for Development, our meetings became more frequent. Ashiq would never lose an opportunity to get the sports lovers united. He had great faith in human relations and was a master of developing networks among the professionals, an art that he learned while working as founding member of SKMT and used it when he promoted veterans cricket in over seventy cities of Pakistan without any government support.

I know the pitfalls of Pakistan sports system and the shallow knowledge possessed by most of the people affiliated with Pakistan sports, but I never lost my faith in his leadership and abilities. It was Ashiq who approached the Hungarian University and brought their experts to NUST University. He approached the Governor of Punjab and motivated him to start sports education programmes in education institutions of Punjab to revive sports at the grassroots level.

He met Dr Sania Nishtar with a proposal for including sports in Ehsaas programme.

Ashiq was a natural leader who invested in development of people.

He strongly believed that we may not have the most talented people in the team, but if we have a connected team, we can outperform any talented team.

It was he who took sports infrastructure building experts like Falaz-e-Mateen Qureshi and sports management and fitness experts like Haris Afridi and Asif Faridi and got them connected in networks. In a country like Pakistan where people easily get threatened by the expertise of professionals and only prefer to nibble on their knowledge, Ashiq would never hesitate to reach out to subject specialists and get them introduced at the highest forums.

Ashiq knew that in order to revive sports in Pakistan our policy makers should take sports back to education institutions. Being a founder member of NAMAL Institute Mianwali, he was trying to introduce Sport Management as a subject and promote sports in the University for which he had lengthy discussions with me. His other project was to re-organise sports in Government College University and Kinnaird College for Women University Lahore with the support of Governor Punjab and showcase them as model institutions.

His efforts to formulate a holistic sports policy for the province of KP and reorganising Griffin Sports facility in Mughalpura Lahore with Hungarian support remained his unfinished agenda. Having full faith in the role of sports in nation building, Ashiq contacted Pakistan Football Federation. With the support of Lt Col Mujahid Ullah Khan Tareen (Retd), Ashiq started with an under-14 football talent hunt and development programme in far flung areas of Pakistan like Chitral, which is in progress with great success.

Ashiq was a passionate husband, wonderful son of his ailing mother, caring brother who was deeply concerned about the health of his younger brother and loving father of four lovely daughters. As his close associate, I will always miss his warm heart, caring attitude, sense of responsibility, his vision and understanding of sports for development and his unflinching support in my humble efforts of sports promotion.

Lt Gen Arif Hassan (Retd) president POA rightly summed up Ashiq’s personality: Ashiq was truly a “naik (noble) soul. A man with mystique qualities, he could rightly be entitled the best sports philanthropist Pakistan has ever had. All the sports fraternity shall truly miss him.

Tribute to a sports ‘ashiq’