It is completely the fault of Misbah that Pakistan are not doing well in T20Is, a format they excelled in under Sarfraz Ahmed 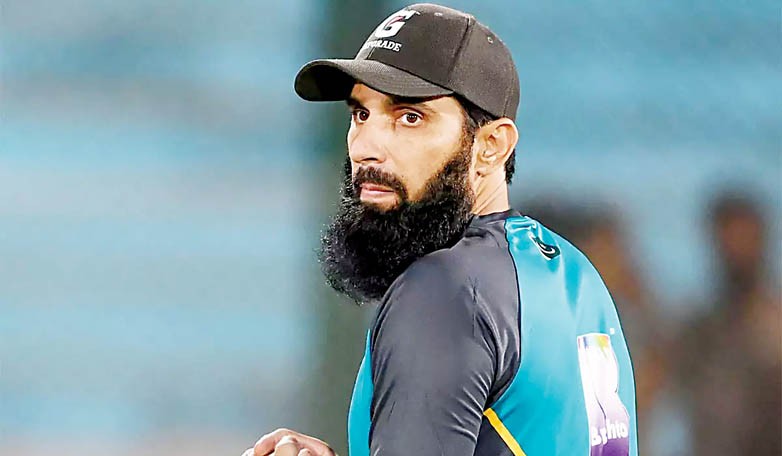 ‘To Boldly Go Where No One Has Gone Before’ seems to be the motto of Pakistan Cricket Board’s new management. No one wants to stop them from making changes but the way they have been doing that is raising questions over their credibility. The decision to sack Sarfraz Ahmed from all forms of the game both as player and as captain seemed like a rushed decision, and the aftermath of it proves that the decision was absurd.

Mohammad Rizwan, who replaced him, has failed both in front of the wicket and behind it. His successor Babar Azam seems to be struggling as captain. Yes, he is the best batsman in the world at the moment but the way he reacted to Asif Ali’s dismissal in the second match shows that he has no command over the team selection, the players and the strategy. And that means only one thing -- the all-powerful Misbah ul Haq has the reigns of everything that happens on and off the field, and that’s proving to be disastrous for the national team.

Coaching and selecting a cricket team are huge tasks that could only be completed by someone who specialises in these roles. To push Misbah into doing both on his first chance is not just an injustice to the legendary captain but also to the players who have been going mindlessly onto the field, batting aimlessly and disappointing their fans.

If it was Sarfraz Ahmed’s fault alone, replacing him would have helped the team, not the opposition. If it was a case of expecting good results so soon after his appointment, then Misbah had the best players at his disposal yet he chose the worst for the first two T20Is. And if it was the fault of local pitches that don’t help either bowlers or batsmen, then these players should have done well in Australia where the best in the world always perform.

Yes, it is completely the fault of Misbah that Pakistan are not doing well in T20Is, a format they excelled in under Sarfraz. It was his decision to insert Ahmed Shehzad and Umar Akmal against Sri Lanka that cost Pakistan the series, and Sarfraz his captaincy. Misbah continues with Fakhar Zaman and Asif Ali despite knowing that their presence is more helpful to the opposition than to their own side. His constant backing of Imam ul Haq over Abid Ali, his out of the blue selection of tried, tired and tested Mohammad Irfan, his decision to back Rizwan and make him bat in the middle-order, his dependability on one of the most expensive bowlers in the world Wahab Riaz, his decision to go with experience over firepower will dent Pakistan in the longer run.

The way Pakistan performed in the first two T20Is against Australia showed that it was not the captain’s team but the coach’s who also happens to be the chief selector. Bringing back players who were sent far away from the team by Mickey Arthur shows that Misbah believes more in ‘in sight, in mind’ philosophy and that’s why many cricketers who have performed well in recent years find themselves out of the side. International cricket needs players who are tough, have the ability to win matches and can destroy any opposition. Coach Misbah’s team doesn’t have such players except captain Babar and all-rounder Iftikhar Ahmed who surprised all with his all-guns-blazing batting in the second match. It would be better if someone was there to coach Misbah because coach Misbah doesn’t seem to have a grip on anything, anywhere. He himself needs coaching.