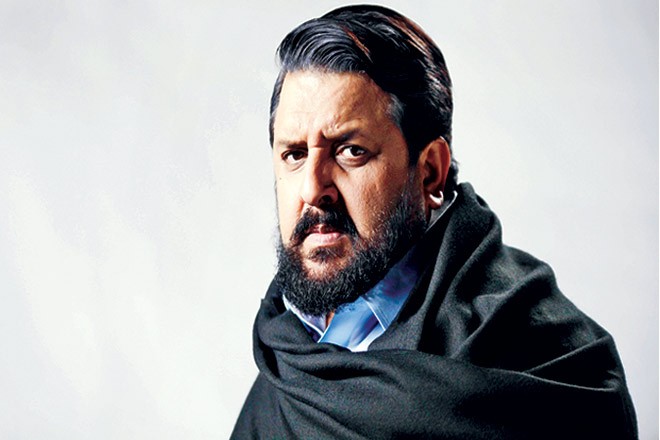 Television has a wider audience in Pakistan and, if tackled well, issues that are brought up on the small screen have the potential to alter mindsets and bring about positive social changes. Not just narratives, characters too offer fresh perspectives on gender roles and attempt to break long-existing stereotypes endorsed by society.

One such unorthodox character that stood out in recent times for not being stereotypical was that of Hafiz Ilyas in socially relevant drama serial Inkaar that concluded earlier this year.

Veteran actor Rehan Sheikh essayed the role; he played an unconventional and progressive father to Hajra (Yumna Zaidi), a young woman who goes through a traumatic experience. He was effortless in his delivery and garnered appreciation for not complying with norms and standing by his daughter despite all odds.

"Inkaar was phenomenal and the response I got was quite overwhelming; it was beyond my expectations," expressed Sheikh when we met over a cup of tea in Karachi, at Defence Authority Club, one fine evening.

Dressed in casual attire, Sheikh comes across as a very polite and humble person, who speaks from his heart. When he is talking, one can sense the thought process behind his words and where they are coming from - experience. It is a delight to listen to him, as he reflects on the years he has spent close to the entertainment industry and how things have shaped up over time.

"Inkaar got critical and commercial acclaim; the character of Hafiz Ilyas offered something new," the actor reflected, adding that almost every Pakistani drama has a crying woman who usually has a cruel father but this was a very progressive character. He was religious in his own right, was Hafiz e Quran and yet he allowed his daughter to take decisions for herself and backed her throughout."

He continued, "After a long time, I enjoyed working too. We usually work in chaos and try to create something but there is nothing chaotic while you are working with Kashif Nisar (director) and it is all very smooth. He handled the issue with sensitivity, just like he did in Dar Si Jati Hai Sila. Inkaar is one of the few special projects I have done in my career that spans over almost three decades."

However, the actor admits that he found the end of Inkaar a bit abrupt and it wasn’t something he agreed to.

Sheikh has played the role of a father in multiple dramas and each one of them offered a different take on fatherhood. From Sammi to Qurban, Pukaar, Sadqay Tumhare and Inkaar, his portrayals have been diverse, integral to the narratives and had a strong influence on the lives of the protagonists. He is personifying a strict yet soft-hearted father of three daughters in comedy drama Shahrukh Ki Saaliyan, which is presently on-air on Geo. He has wrapped up shooting for it but hasn’t signed on for any new TV project yet. He wasn’t moved by any script lately while he also feels he needs a break.

"I am open to offers but I am not someone to work back and forth, one drama after the other," he informed, adding that when he is offered a character, he sees - besides the team involved - how it is written, what does it offer to viewers and how crucial it is to the narrative. "I don’t like to take up roles of conventional fathers. I approach a father as a hero; for me, he is a character who has a life. I went for Shahrukh Ki Saaliyan because nobody asks me to do comedy and I wanted to explore comedy on the small screen. I have done so much of it in theatre abroad though."

Besides television, Sheikh has long been associated with the world of theatre, not just in Pakistan but in England too. He has been a part of numerous theatre plays there, some that featured him in multiple roles onstage in a single production. He has worked with Sania Saeed, Zain Ahmed, Salman Shahid and many others and he wishes to grab a good opportunity as soon as he gets one, home or abroad.

"I think the experience in theatre helps prepare an actor to work in all sorts of conditions," he shared. "I will do it again and I’m looking forward to it. However, one has to prepare himself first for performing in theatre. This will probably be my new year resolution."

How important it is for an actor to perform in theatre, I ask.

"Nothing is essential to become a star but to become an actor, theatre is very important," he replied, adding, "There are examples of actors who didn’t do theatre and have been good at their craft. Theatre is the mother of performing arts; that’s where you learn. I recommend young actors to do theatre if they want to learn acting; if they aren’t offered a role they can put up a show and create an opportunity for themselves."

When asked about the changing dynamics of the industry over the period he has been associated with it, Sheikh responded, "Earlier on, creatives had more power but now marketeers have more say in the process; whatever sells, according to them, is given preference. Sensationalism is one thing while it is a completely different phenomenon to handle something sensitively. Sensationalism sells but that doesn’t make it the best thing to do. Social media influencers are trading, directors have become more of managers except a few who stand up for their decisions in terms of casting and other key aspects. I think the director deserves the right to make crucial decisions since I believe he is the captain of the ship. Unfortunately, their role has shrunk on television at present and there is hardly any room for experimentation. It has become more of a corporate thing than a creative process and people only look for ways to maximize their investment."

Sheikh has been nominated for awards multiple times but he has only won a few including one for his role in Sadqay Tumhare. However, the first award he got was from an international jury at the 2005 Kara Film Festival. He was honoured with the Best Actor trophy for his work in Chobees Ghantay by Shahid Shafaat that he shared with Anupam Kher.

"It feels nice to receive an award; however, a lot of times one sees glaring injustices around, owing to multiple reasons," commented Sheikh. "There are flaws in how awards work in our country and there are factors that dictate who the award belongs to. I don’t take awards too seriously but I am happy if I get it. It is a nice pat on the back but even if I don’t get it, it doesn’t matter as long as I am satisfied with my work and those who understand the craft appreciate my effort. That’s enough for me."

In addition to theatre and television, Sheikh also tried his hand at cinema; he made brief appearances in films like Manto, Chupan Chupai and Actor in Law while he made his own film, titled Azad. Released in 2017, the film had a short run but it generated mostly positive reviews.

"Film still excites me since I haven’t done it much," he admitted. "I wrote Azad and initially we were developing it for TV but then we changed our minds. I got inspired to make a low budget, indie film and my partner/ co producer is also a film buff so we jumped into it. It wasn’t a bad idea as we just wanted to explore how a film is made in Pakistan with limited infrastructure, especially in Islamabad with all possible weather conditions. It was painful and frustrating at times but we kept up with it and it took about four years to finally come out due to unforeseeable delays."

He added, "Had it released around Manto or Moor, people would have appreciated the effort more. By the time it came out, our industry had already decided a formula of sorts in which Azad didn’t fit. Besides, we had no clue of film business being small players. For us, it was a great learning experience; we were really happy and proud that we got good reviews at least when even big films were being rejected. However, the only regret is a lot of people weren’t able to watch it; I am hoping to do some more screenings for people who want to watch it. It is a film for masses and I had that in mind while making it. I will make more films I know that but I will not go for a wider setting. I will make some shorts first while I am presently working on a web series after which I will make my next film. May be."

As the interview comes to a close, Sheikh speaks of possible strategies that the industry can adopt for greater outcomes. He feels that everyone needs to work together and make it better for each of them including technicians, directors, producers, actors, etc., and there should be room to nurture talent.

"We need to develop a collective thought process because right now we are just running after money and /or ratings," he began to explain. "But we need to think what’s right for us altogether. We need to bring some sort of health and safety measures and support people who serve the industry (drivers, technicians); they aren’t well taken care of. If few people are making a lot of money and the rest of the industry is suffering, it’s not good. It shouldn’t be at the cost of everybody else. Besides, there is lack of professionalism in actors, producers too; they misuse their power and we should bring some resolution for the collective benefit of all. Earlier, there was just PTV; it had some strict rules, there was a process, a code and the employees working at PTV were protected and well taken care of."

"The industry grew exponentially but we didn’t really set any standard procedures," he furthered. "There is an actors’ association that I am also a part of but people are scared to bring issues to the table as they dread losing opportunities. I think we need to have these conversations and talk it out so that our issues can be resolved."

Rehan Sheikh also emphasized that worldwide, film industries require involvement from the state for funds and opportunities. "A lot of young people are making films; there should be a state-funded platform for them where experimental ideas can be explored. We need to develop filmmakers who can represent Pakistan on international forums. Otherwise, film industry cannot really reach somewhere," he concluded.