The question arises whether the government successfully noted all the causes of smog, and devised policies accordingly 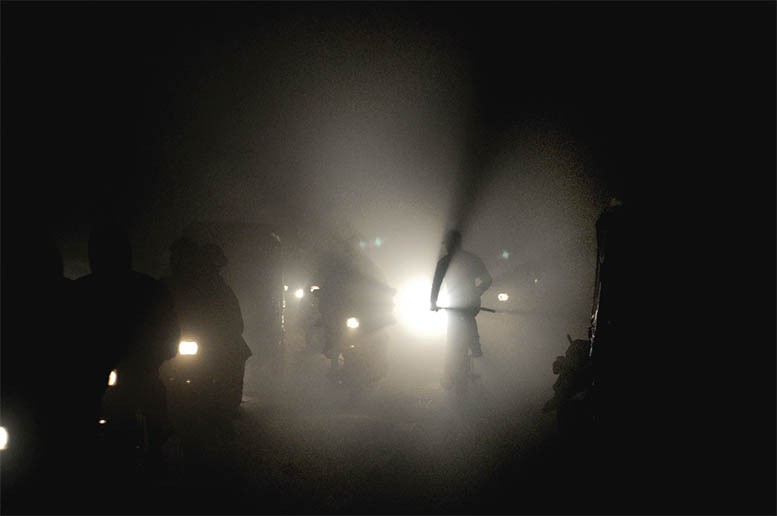 For the past four years, the citizens of Lahore have been condemned to bear record levels of smog during the months of October-November. The people are complaining of allergies such as watery and itchy eyes, nasal inflammation, sore throat, and difficulty in breathing. Wednesday last, it got to a point where schools were forced to close.

According to the AirVisual Air Quality Index (AQI), levels of particulates measuring less than 2.5 microns -- so tiny that they enter deep into the respiratory tract -- had reached 625 micrograms per cubic metre of air. (An AQI tells us how clean or polluted our air is, and what associated health effects it might have. For example, an AQI value of 50 represents good air quality, with little potential to affect public health; while an AQI value of over 300 represents hazardous air quality. The AQI is calculated for four major air pollutants regulated by the Clean Air Act: ground level ozone, particle pollution, carbon monoxide, and sulfur dioxide.)

The atmospheric pollutants, or gases, that form the smog are released in the air when fuels are burnt. When sunlight and its heat interact with these gases and fine particles in the atmosphere, smog is formed. According to the World Health Organization (WHO), the main sources of these precursors are pollutants released directly into the air by gasoline and diesel-run vehicles, industrial plants and activities, and heating due to human activities.

Experts are of the view that the policies and measures adopted by the present as well as previous governments to combat toxic air conditions aren’t useful. On October 4, the Punjab government submitted a report in the Lahore High Court (LHC), stating that "the brick kilns are the main contributing factor to smoggy conditions -- as they have failed to use fuel-efficient technology -- besides burning of crops’ stubble, emissions from factories, and the vehicular emissions."

In a meeting chaired by chief secretary of the Punjab, Yousaf Naseem Khokhar, it was decided that action must be taken against those causing air and environmental pollution. As a follow-up, the Home Department invoked Section 144 to ban burning of crop residue, municipal solid waste, tires, plastic, rubber and leather items.

Apart from placing the ban on brick kilns, the Environment Protection Department has closed 130 steel mills in Lahore. Though, 46 are still operational because of the scrubber technology (equipment to control pollution).

Further, brick kilns in south Punjab, along with Lahore division, are going to completely shut down from November 15, under the orders of the Environment Department. Brick kilns using ZigZag technology are allowed to carry on. Presently, there are 11,000 brick kilns in the province, out of those only 600 have successfully adopted the ZigZag technology.

Mehar Abdul Haq, Secretary General of All Pakistan Kilns Association (APKA), comes down hard on the said policy. "This approach is incorrect," he declares, while talking to TNS. "Besides, brick kilns in cities like Gujranwala and Sialkot have been spared [the ban]. Why? These cities have more than 600 kilns, and some of them are close to Lahore as well.

"We’ve frequently asked the government to enforce a shift to the ZigZag technology, but our efforts have gone in vain. The government looks more interested in short-term solutions," he adds.

Apart from placing the ban on brick kilns, the Environment Department has closed 130 steel mills in Lahore. Though, 46 are still operational because of the scrubber technology (equipment to control pollution).

"There are plenty of furnaces functioning in the surrounding areas [of Lahore] which are supposed to have the backing of the concerned department," says Iqbal Ahmed, the owner of a steel mill.

One important question that arises here is whether the present government -- or the previous one, for that matter -- successfully noted the main causes of smog and introduced policies accordingly.

United Nations’ Food and Agriculture Organization (FAO) has prepared a report under its project, R-SMOG (Remote Sensing for Spatio-Temporal Mapping of Smog), on the request of the Punjab government. The report states, "The sectoral emission inventory of Punjab shows that the major portion of total air pollutants emitting from the transport sector which holds 43 percent share, followed by 25 percent from industrial sector, and 20 percent from agriculture."

Environmentalist and former national consultant on PEPA (Pakistan Environment Protection Act 1997) Sardar Asif Ali Sial believes that both current and previous governments have applied wrong methods to fight smog. "The FAO report presents the real side of the story, and exposes our Environment Department’s incompetence to form a productive policy to tackle air pollution," he says.

"The solutions presented to the respected court, and the subsequent shut-down policy are faulty. The major contribution to air pollution has been entirely overlooked."

The WHO data also shows that the transport sector is responsible for a large portion of urban air pollution. Road transport is estimated to be responsible for up to 30 percent of particulate emissions (PM) in European cities, and up to 50 percent of PM emissions in developing countries. However, the total contribution of transport to particulate air pollution can vary widely, from 12 percent to 70 percent of the total pollution mix. Low- and middle-income countries suffer disproportionately from transport-generated pollution, particularly in Asia, Africa and the Middle East.

Since 2012, an estimated 3.7 million premature deaths are attributed to ambient (outdoor) air pollution, based on WHO data. "Unfortunately, the Environment Protection Authority (EPA) has never been able to introduce any solid policy or guide the government on how to overcome air pollution being produced by transportation. In addition to, nothing has been done to prevent the trans-boundary pollution. Can EPA say which model is it following to combat smog and air pollution?" asks Sial.