The environmental havoc caused by Thar coal power project notwithstanding, the capital invested in it by national as well as international businesses has the power to silence every dissenting voice 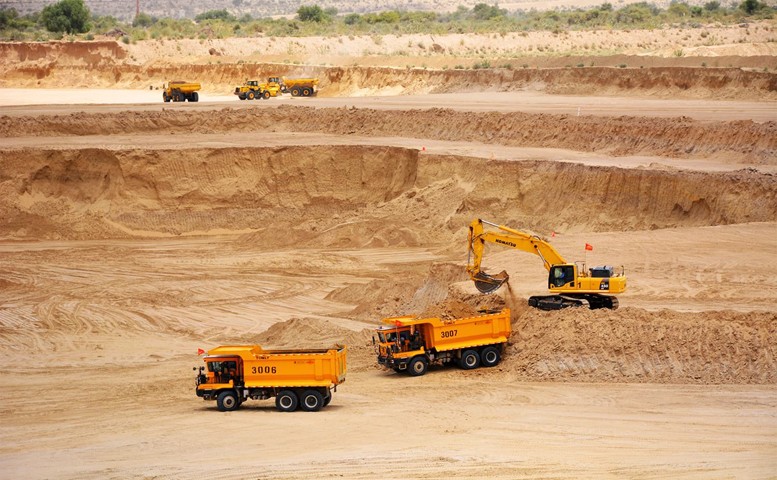 Thar coal is a big energy project, involving intensive mining of indigenous coal reserves and installation of numerous power plants to generate electricity. A 660 megawatt (MW) coal-based power plant completed by Sindh Engro Coal Mining Company (SECMC) in Thar early this year is just the proverbial tip of the iceberg given the fact that 176 billion tons (bt) of local coal reserves located in Tharparkar district of Sindh can be used to generate 100,000 MW of electricity for 200 years. Scores of coal power plants in Block-II and Block-I are in the pipeline.

With intensive mining in 13 blocks of Thar coal fields and so many coal-based power plants to be installed there under China Pakistan Economic Corridor (CPEC), a project of Belt and Road Initiative (BRI), Thar coal project will certainly produce electricity at a massive scale. But the enormous power production based on the combustion of lignite coal along with extensive coal mining is also sure to have a horrible footprint, which the key players involved in planning and execution of the project have been deliberately playing down.

Land degradation, air pollution and water supply disruption due to Thar coal power project are set to kill diverse forms of life, including humans, and devastating the habitats of these life forms.

Open cast and open-pit mining in Thar involves digging deep into many layers of soil and massive excavations that will badly degrade land. Once the coal resources are fully exploited in a pit, it will be closed by depositing the excavated soil therein and another pit will be opened for mining. This will seriously disturb the geological formation of different layers of soil formed over the millennia in 90,000 square kilometres of Thar coalfield.

In addition, the disposal of saline water from mines and effluent water with coal ash from power plants will go underground and cause land degradation. Adverse environmental impacts due to seepage from Gorrano reservoir are already being felt by the people of neighbouring villages. Land degradation will destroy local ecology and result in the loss of forest and grazing fields.

Health risks of the exposure to PM include premature deaths, chronic bronchitis and heart attacks, aggravation of respiratory and cardiovascular illnesses, changes to the lung’s structure and natural defence mechanisms. Oxides of nitrogen produce smog, contributing significantly to the formation of harmful ground-level ozone. Sulfur dioxide causes acid rain, which, in turn, acidifies lakes and streams, destroying aquatic habitat, damaging forest trees and plants. Mercury pollution from power plants is deposited in soil and water where it transforms chemically into a highly toxic form (methyl mercury) that accumulates in fish tissue. Heat trapping carbon dioxide is the largest driver of global warming.

The type of coal mined and used for power production in Thar is lignite, which is notorious for its poor energy efficiency and high emissions of carbon dioxide and other greenhouse gases. It will have serious implications for the quality of air and subsequently public health at the local level. At the national level, it will compromise Pakistan’s pledge made at the United Nations Framework Convention on Climate Change in Paris in 2015 to reduce its emissions of greenhouse gases.

Coal mining in Thar involves extensive dewatering and coal washing. Besides, the power plants need huge supplies of water to produce steam in boilers for generating electricity. Since coal mining and coal-based power plants are highly water-intensive, they will have serious repercussions for the local hydrology of Thar. On one hand, the coal-fueled power plants are water-intensive and, on the other, they yield waste water mixed with coal ash and other hazardous chemical effluents, disposal of which causes contamination of groundwater and freshwater resources.

Dewatering of open pits is an essential component of coal mining involved in the project as depressurisation is necessary to reach coal depth, which is 150 metres in case of Thar. Dewatering using submersible pumps installed in sumps at the bottom of a pit is meant to lower the water table.

It helps keep the mine dry and safe. Groundwater in Thar coalfield Block-II comprises three aquifers -- sand dune aquifer (located at a depth of 50m to 60m), coal seam roof aquifer (depth 120m), and coal seam floor aquifer (depth 180m to 190m). To reach the target coal depth through 27 wells, second and third aquifers are continuously depressurized in Block-II. The SECMC authorities claim that the Thar Coal Block-II mining project will pump out only 0.02 percent of groundwater and that it will not affect the drinking water sources in the area.

A 330MW coal-fired power plant in Thar requires a steady supply of 8.75 cusecs of treated water for cooling and steam generations. Treated water required for power plant will be provided through groundwater extraction and a proposed water supply scheme from the Left Bank Outfall Drain (LBOD). With a mine dewatering volume of 87,000 cubic metres per day, 55,000 cubic metres are expected to be utilised by the plant.

A reservoir has been built in Gorrano area for the disposal of saline water extracted through dewatering and liquid effluents produced in the wake of mining and power generation in Block-II.

Spread over 1,500 acres, Gorrano reservoir is a natural depression, having a capacity to hold 30 million cubic metres of water. Besides the disposal of groundwater extracted in the dewatering process, Gorrano reservoir is also being used for dumping brine and other effluents produced while treating mined water and production of coal-based electricity.

Like other parts of Thar, these 12 villages near the site of reservoir are highly dependent on their wells. Due to seepage of saline and effluent water from the Gorrano reservoir, water level in wells in these villages is rising. Seepage of saline water has been increasing and causing contamination of wells in these villages. A serious water supply crisis due to contamination of wells has already occurred in Gorrano and Suleman Hajjam villages.

In any case, disposal of saline and effluent water is likely to increase with the development of Block-I and other blocks in Thar coalfield. The increasing volume of waste water will engender both qualitative and quantitative problems for underground water use in Thar. Besides it will affect the land.

Notwithstanding the environmental havoc caused by Thar coal power project, the capital invested in it by the many national and international businesses and banks is enough power to silence every dissenting voice, showing us only the brighter side of the project. In pursuit of short-term economic gains, the key players are turning a blind eye to the disaster being caused by what they call development in Thar.