The management is responsible for guaranteeing the upkeep and safety of zoo grounds and wellbeing of every single animal. It is time they are held accountable for their lackadaisical approach 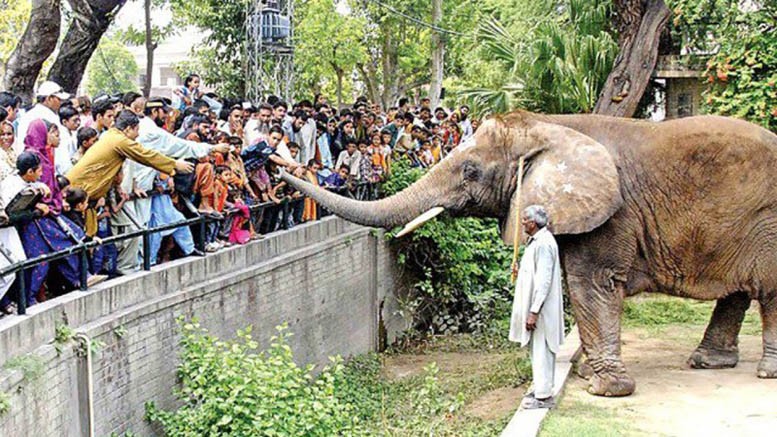 Simply consider the psychologically distressed, endangered, female Himalayan brown bear who made headlines at the end of July 2019 due to a tumor gone unnoticed by staff and overall stress experienced on a daily basis. Very little has changed for her.

In conjunction with the court case and because of my five-year tenure as a zookeeper at the St Louis Zoo in Missouri, USA, I was approached to be part of a team consisting concerned citizens intent on improving the deplorable conditions at the Islamabad Zoo.

With high hopes, we walked through the deceptive happy, bright, yellow entrance gate and saw potential everywhere we looked - from the expansive grounds for expanding enclosures to fallen trees that could be used for enrichment! Enrichment is an essential ingredient for a successful zoo as it enhances the day-to-day life for captive animals. Sadly, since that first visit, most of the attempts at improvement have been quashed, ignored or scoffed at.

Meanwhile, being intimately involved has allowed me to become privy to the inner workings of this zoo. To say the least, there is a long way to go. Zoological parks across the globe have evolved to be places where people can experience fantastic creatures from near and far in exhibits that are inspired by those species’ natural homes, or habitats. These zoos encourage education, conservation and research.

These zoos promote the health and well-being of their inhabitants through the efforts of highly qualified veterinarians, maintaing world-class animal hospitals, and habitats inspired by natural environments with vetted enrichment programmes designed to encourage species-specific behaviours. These zoos do not exist in Pakistan.

What will you find in Pakistan? In the capital city’s zoo, you will find animals struggling to maintain their sanity while having rocks and firecrackers thrown at them by visitors, living without required stimulation - mental or physical - and housed in inappropriate social groupings.

The depravity prevalent throughout the Islamabad Zoo is in large part due to the lack of interest and incompetence, with reference to appropriate animal care and behaviour, among most all zoo employees, from senior administration to the animal caretakers. Just as the government wouldn’t hire a naib qasid to build the next major highway; neither should they employ a construction worker to be responsible for wild animals for which they have no respect.

Unenthusiastic management has been the root of all the problems at the zoo for years. The management is responsible for guaranteeing the upkeep and safety of zoo grounds, maintenance of exhibits and the health and wellbeing (physical and mental) of every single animal. It is time they are held accountable for their lackadaisical approach.

When was the last time you remember the Islamabad Zoo meaningfully updating an enclosure? Most of the monkey exhibit’s furniture has remained exactly the same since at least 2013. What is particularly troubling is the infighting taking place on a daily basis which maintains the status quo, whatever it takes to hold onto their "power" over the zoo. Unfortunately, this also ensures the enduring distress of the captive animals.

Improving conditions means much more than simply changing management. Establishing zoo leadership that is dedicated to animal welfare is vital to the survival of these precious creatures. This is much easier said than done. During the past three months, countless suggestions have been made to both governmental departments vying for control of the zoo, but I have noticed a lack of sincerity among all parties involved.

Overall, I have serious doubts about their capacity to upgrade and maintain the Islamabad Zoo to international standards without including someone possessing intimate experience of such standards.

Operating a functional zoological park requires abundant natural and economic resources, a reliable community support system and expertise in the field of zoology, education and conservation among various other individual and organizational capacities. Yet, success of a zoo is also impacted by the visitors it attracts; credible zoos entice animal-lovers.

They are the unsung heroes of zoos the world over, encouraging others to see and treat the animals for the amazing, innocent souls they are. All-in-all, when an entity claiming to be a zoo fails to posses these attributes, refuses to provide adequate living situations for the animals, and is unable to fill positions with qualified and passionate employees, it ceases to be a zoo and becomes more of a prison.

But do not lose hope for Islamabad’s beloved lions, elephant and other zoo animals! There is great potential for improvement. There are keepers who want to learn and plenty of room and opportunities to expand and enrich enclosures. This potential can only be realized by everyday citizens, like you, playing essential roles.

Use the "Citizen’s Portal PK" app to complain about the conditions and suggest strategies for enhancing the zoo. Use social media to share your experiences from the zoo and tell your government representatives to take note of the animal welfare issue. I will not turn my back on these animals and neither should you! Raise your voices, for we are the only voice these animals have.