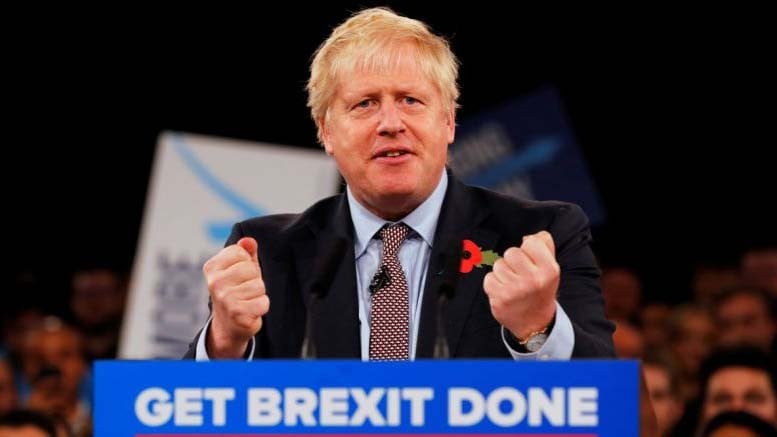 In just over a month, British voters will go to the polls in an election that may, or may not, break the impasse on the matter of the UK’s exit from the EU. Campaigning for the December 12 general election kicked off last week and now the next few weeks of politicking and media analysis look to be rather interesting.

Although polls are still showing the Conservatives to be leading Labour by a good margin, this might ultimately be a difficult election to call. The credibility of the prime minister, Boris Johnson, has been damaged by his being unable to take Britain out of the EU by October 31. This was something he had promised repeatedly since taking over as PM. He had even said that he’d "rather be dead in a ditch" than be unable to deliver on this promise. This rhetoric has, of course, come back to haunt him - thanks in large part to the power of social media – and now the phrase "dead in ditch" promises to become synonymous with a ‘hollow promise’ or an insincere commitment.

Last Wednesday, on the first day of the campaign, Johnson published a piece in the Daily Telegraph comparing the Labour Party leader, Jeremy Corbyn to Stalin. Yes, really. The Tory leader pandered to business and industries lobbies by saying that Corbyn shared Stalin’s ‘hatred’ of wealth creators and that he ‘sneered’ at entrepreneurs.

This may be shocking but it is not surprising - the Conservatives have been spreading this sort of message about the Labour leader for the past four years – ever since he unexpectedly won the Labour leadership election in 2015. This message has been relentless and along the lines that ‘Britain must be saved from Corbyn – the dangerous socialist’. And the media has echoed this fear-mongering : even when the government was engulfed in various scandals and crises, the media kept the spotlight on Corbyn implying that somehow the mess that Britain found itself in was his- rather than the government’s - fault.

It is probable that now when Labour speaks about social justice, opportunity and the nationalisation of public services, the Tory response will be to create panic by declaring that Labour will wreck the economy because the party has no experience of economic management and is recklessly socialist. Let’s see how much fear this arouses in voters and how much of the mud sticks.

It’s really a confusing picture though because the Liberal Democrats will cut into both Labour and Conservative votes because their very clear anti-Brexit message represents a way for Britain to remain in Europe, and this will appeal to voters who disagree with Brexit. But the Lib Dems have refused to have any sort of electoral alliance with the two main parties although they say they may ‘work with’ the Green Party and the Scottish Nationalists. Indeed, the LibDems have come out blazing on the campaign trail, exuding a rather confusing sort of overconfidence: their leader Jo Swinson describes herself as the next prime minister, and the Lib Dem rhetoric claims that they will sweep into power with a national majority.

The rising awareness of environmental and climate issues has seen a rise in the popularity of the Green Party and this could also cut into Labour votes. This is because the Labour message of ‘fairness and opportunity’ will probably appeal to many young voters, but this is the same group that also feels strongly about a climate emergency and is likely to choose the Greens rather than Labour on the basis that Labour has been tried and tested and now the Greens should be given a chance.

The other factor that could work very strongly against the Tories is the matter of the NHS. Many care professionals (widely regarded as national heroes) working in the National Health Service are now speaking out very strongly about the damage that Tory government cuts have caused to both the structure and the ethos of the service. They point out how staff have been working under immense pressure amid a lack of proper funding, and indeed staff resentment could be seen when the prime minister was booed at his recent visit to an NHS hospital in Cambridge. The fear that after Brexit the NHS will be forced into deals and supply agreements with US firms is also a worry for many people who fear the influence and motivation of US pharma.

The next month should be very entertaining – as well as infuriating – as we watch politicians on the campaign trail hurl accusations and allegations at each other. As we listen to analysts and pollsters and probably (on the BBC) far right politicians, we will enjoy a rollercoaster ride of news and outrage. The optics too are fascinating: the Tory candidates look polished and groomed, well-coiffed, wearing sharply cut, formal clothes while the Labour candidates tend to look slightly disheveled, less ‘packaged’ and less ‘boardroom ready’. The Lib Dem candidates meanwhile appear to be a varied lot, only alike in their zealous tone and demeanour…

The countdown has begun….