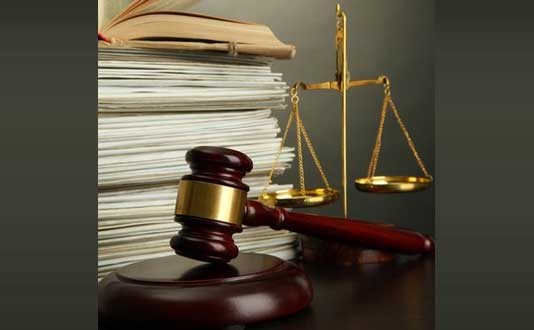 The Pakistan Tehreek-i-Insaf government has come under criticism in recent days for using the tool of presidential ordinances to introduce new legislation. The argument is that introduction of legislation through the executive’s legislative power is not warranted since this bypasses parliament. The reasoning goes on that using this colonial era power to push through legislation smacks of a dictatorial attitude. How valid is this argument and how worried, if at all, should we be?

When talking about constitutions, it helps to be mindful of design-related issues--and failures--before talking about practices. One should start by acknowledging that part of the issue here goes beyond the current spate of ordinances.

The head of state’s power to make law by issuing ordinances has existed since colonial days and was present in the constitutional framework under the Government of India Act 1935 (GOI Act). Under the GOI Act, the governor-general as well as the governor of a state had powers to promulgate ordinances during the recess of the federal or state legislature. After partition, both India and Pakistan retained similar clauses in their constitutions. The peerless H M Seervai notes in his treatise on Indian constitutional law that the incorporation of the ordinance making power ‘shows that the…objection was not to the nature and scope of the power but to the authorities by whom it was exercised.’ This is a thought-provoking take.

Do we as a polity talk enough about the nature of this power? If not, why is that so? Seervai’s position should make us question why despite going through multiple constitutional experiments, Pakistan continues to retain this power. Each of our constitutions (1956, 1962 and 1973) has given ordinances a nod--with slight tweaks to the time-period after which an ordinance shall expire. Before criticising each regime for resorting to ordinances, or bemoaning that the true holders of power encourage use of this power to bypass parliament, we should ask hard questions about whether we should continue to allow this power to exist. By fixing this design-related flaw, and moving further away from what Paula Newberg called ‘a vice-regal’ state, we can move closer to empowering the people and their representatives.

The other point that Seervai makes is that this power allowed ‘flexibility’ to ‘enact laws to meet emergent situations’ and to cater for ‘circumstances created by laws being declared void by courts of law’. This take merits a separate engagement but let’s leave that for another piece. The test for when an ordinance can be promulgated, as things stand today under Article 89 of our Constitution, is simple: an ordinance can only be promulgated if both the National Assembly and Senate are not in session and the President is satisfied that ‘circumstances exist which render it necessary to take immediate action’.

Successive governments have cited inaction by parliament to justify reliance on presidential ordinances and the PTI is not any different. However, any argument that blames parliamentary opposition for inflationary use of ordinances is disingenuous and a non-starter. This is true for any party being in power. Any government of the day (regardless of the party in power) should not ignore that, by its very nature, representative democracy is messy and that debate (along with resultant delay) is part of the bargain under the Constitution. This debate allows laws to be examined, tweaked and then enacted--and there is wisdom behind this. All citizens, not just government supporters, will be bound by the law. And voices of all constituencies, including dissenting ones, should be heard before laws are passed. Presidential ordinances deny and ignore all this.

Successive governments have cited inaction by parliament to justify reliance on presidential ordinances. However, any argument that blames parliamentary opposition for inflationary use of ordinances is disingenuous and a non-starter.

The 18th Amendment, to its credit, chipped away slightly at the ordinance making power--in terms of laws being re-promulgated--but without robust debate on this issue, there is little likelihood of real progress.

To skip engagement with the opposition and to deny opponents a chance at critique of proposed laws on the floor of the parliament is unhealthy. And, no, the assertion that debate means risking indefinite delay cannot be an acceptable retort. Abstract claims cannot decide concrete situations. No indefinite delay has taken place because of debate regarding any progressive legislation. Populist parties throughout the world promise people radical change when voted into power; should they be allowed to bypass, in this case, the very platform - the parliament - they are elected to?

We cannot hold the President accountable for ordinances he promulgates. Ordinance making power was, and remains, a fundamentally undemocratic measure. In my view, it seriously merits being revisited, if not abolished.

It is true that some of the ordinances promulgated in the last few days were introduced as bills in the parliament in the previous months. These include changes in the law relating to letters of administration and succession certificates, setting up a vigilance commission, whistleblower protection legislation, women’s property rights as well as setting up a legal aid authority - kudos to the PTI government for that. However, we have seen little debate about these laws; the government must accept part of the blame. The government’s PR machinery, while effective at going after the opposition, has been remarkably slow in ensuring debate on proposed legislation.

The government has also not made available the new ordinances online. At the time of writing this piece, none of the relevant websites (Ministry of Law, Senate/National Assembly or the President’s office) have uploaded the new ordinances. This is regrettable and literally means we are being governed by laws we have not been provided a chance to read. As per news reports, one ordinance aims to ensure that those accused of financial corruption beyond a certain threshold are confined to ‘C’ class prison facilities. The government denies that this is a person-specific law. Many will (for good reason) find that hard to believe in these divisive times. The other troubling thing about such a law is that it furthers a mob-justice mentality rooted in the notion that as soon as someone is accused of a serious crime, they should be punished or denied rights or privileges that others have.

If you are interested in numbers, you will know (thanks to Zaki Rahman’s piece and PILDAT data) that from August 2018 to August 2019, the PTI government has passed roughly the same number of Acts of parliament as they have pushed through ordinances. But this is not new--so the critique cannot be limited to PTI alone. It is an element of our constitutional design that we must revisit. Thanks to Paula Newberg we know that from 1947 to 1956, the Constituent Assembly passed 160 laws while the number of ordinances issued by the governor-general was 376. Yes, you read that number right.

If you as a voter and a citizen think that presidential or governor-made ordinances have no place in this day in our aspiring democracy, or that we need to revisit the text of the law regarding this power, you should speak up about it. Constitutions change and they are more likely to change for the better if we talk about them.