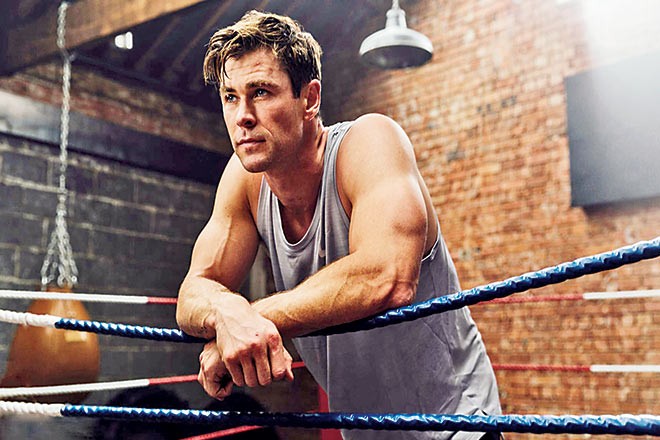 One of Hollywood’s leading men, actor Chris Hemsworth – make-belief Thor – has a small army of fitness professionals, for those who don’t know. It includes a personal trainer he has had on board since he was eight while he also has a nutritionist, a Pilates coach, yoga coach as well as a meditation guru. Even his stunt double is a part of the troupe and the group is collectively called The Chris Hemsworth Wellbeing Team.

And guess what? Now they can be your wellbeing team too!

Earlier in 2019, Hemsworth launched a fitness app called Centr, that offers "everything you need" to "train, eat and live better," according to the app’s website. Aimed at both men and women, its content has been created by trainers who were either previously employed by Hemsworth or are newly tapped up by the actor to contribute workouts, meditation routines and healthy-eating recipes.

Like some before him, Hemsworth too is determined to spread the mantra of wellbeing: eat well, exercise, de-stress. He spent the past few years acquiring professional knowledge on how to make his body appear superhuman. "Why shouldn’t you learn too?" he asserts, adding, "I feel so fortunate to have worked with incredible experts in the fields of health, nutrition, mindfulness and training. So I thought, ‘Why not share that?’"

The app takes users through Hemsworth lifestyle choices and shows how they can eat like Chris Hemsworth, work out like him and even meditate like the actor. It is basically a digital Rolodex of the actor’s trainers and their tailored workouts and fitness regimes.

Workouts such as Hirt Strength: Push, Pulse and Power Up and Muscle Building: Pound It Out, as well as a mindfulness exercise called Meditation: Forgive & Release are also available on the app.

Besides, the app provides recipes for sesame chicken stir-fry with broccoli as well as special breakfast recipes including smoothies, etc.

Up till now, the app has been downloaded over one million times, becoming one of the most popular apps this year. Consumers of Centr have watched over 4.5 million minutes of coached workouts which, according to the brand, add up to "3,200 days’ worth of squats, deadlifts and lunges".

Trainers at Centr argue that the app’s appeal lies in the diversity of workouts it has on offer; they are a mix of high-energy exercises and low-energy mindfulness routines. However, it is difficult to go beyond Hemsworth - that people download the app in order to be more like him, a Hollywood star.

How many regular fitness apps are out there in the digisphere? How many are fronted by Thor? This is a world well populated by celebs. Fonda in the ’80s. Crawford in the ’90s. Not long ago, the athlete Jessica Ennis-Hill launched her own fitness app, named Jennis (at least Ennis-Hill has verifiable athletic credentials.) Davina McCall has one. So does the celebrity fitness instructor and fellow Australian Kayla Itsines, who has 11.8m followers on Instagram.

Hemsworth is late to the game, really, in a long line of exercise-loving superstars who have used celebrity status to sell aspirational workout routines.

Is this problematic? Probably. "Hemsworth’s appearance is not a realistic body standard. He has muscles on the backs of his arms. Large chunks of his day can be devoted to working out. He is reimbursed for time spent considering what to eat and how to train. His job demands it; his physical form might actually be a contractual obligation.

In your line of work, do you need to achieve a passable resemblance to an over-muscular Norse god? Me neither! Who has that luxury? Who wants the anxiety of that requirement? Which makes the idea of the app seem pointless. Mega-huge biceps are not required for typing on a keyboard," Alex Moshakis at Observer Magazine pointed out in a recent article on the subject.

Even then, Centr could be worthwhile!