An enhanced economic stability, without considering its impacts on the SDGs agenda, will compromise Pakistan’s efforts to fulfill its global development commitments 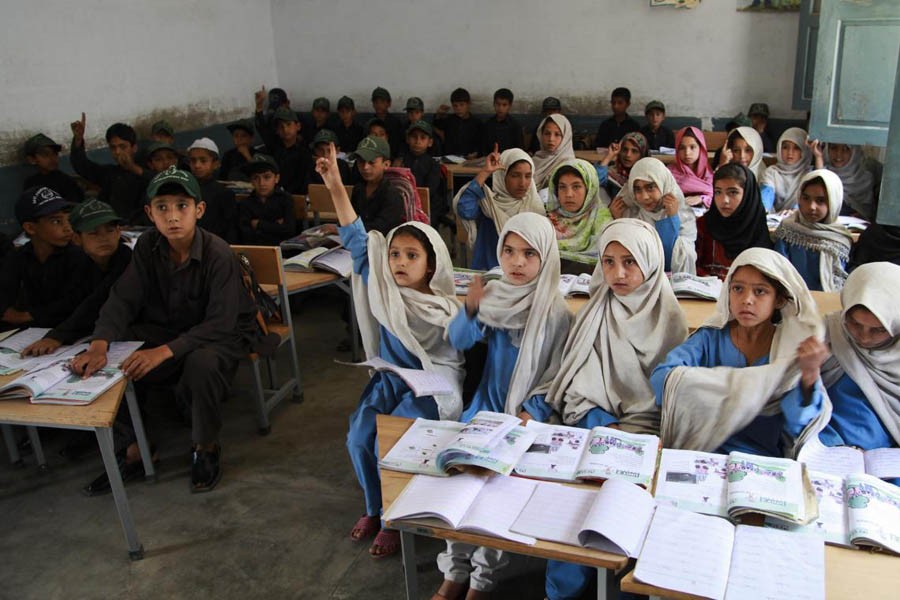 Thanks to the ownership and commitment pledged by the federal and provincial governments, generous technical and financial support bydevelopment partners and continued efforts of civil society, Pakistan has put in place initiatives to advance the implementation of Sustainable Development Goals (SDGs) agenda.

Almost all provinces have identified the priority goals. SDGs implementation frameworks are either ready or nearing finalisation. The baselines have been marked against the targets. Data and other capacity gaps have been identified. The required institutional arrangements to implement SDGs and mechanisms for monitoring and evaluating performance are being finalised.

But the most challenging part still remains to be addressed: the macroeconomic environment in which SDGs are to be implemented. This environment has changed drastically over the last year or so as economic growth rate has shifted to a lower trajectory -- from 5.48 percent in 2018 to 3 percent in 2019.

Inflation, meanwhile, has picked up. Headline inflation moved to 12. 25 percent from 4.2 percent in May 2018. Energy and food inflation is also making headlines. The economic policies have moved to stability mode. Balancing the budget, austerity, and narrowing of current account deficit are leading agenda. Interest rates have more than doubled -- from 5.85 in May 2018 to 13.255 in July 2019.

Pakistan, thus, faces a serious challenge: it is not generating sufficient economic growth to fulfil SDGs agenda. Many of the SDGs are directly related to economic growth, such as SDG 8 which calls for promoting inclusive and sustainable economic growth, employment and decent work for all. This goal alone has 12 targets and 17 indicators which all critically depend on a high annual growth in Gross Domestic Product (GDP). Progress on these goals, or lack thereof, will then have serious impact on other SDGs targets.

Though we do not have any estimate of a GDP growth threshold required for Pakistan to make progress on SDGs, "at least 7 percent gross domestic product growth per annum in the least developed countries through 2030" is what SDGs target 8.1.1 clearly stipulates. Leaving aside population growth and inflation, let us assume that the minimum required economic growth rate for Pakistan to make substantial progress on SDGs is 5 - 2 percent below the SDGs requirement of 7 percent.

Given the current economic scenario, even this target seems unachievable, at least for the next three years. Economic growth rate has already plunged from 5.4 percent to 3.3 percent in 2018-19 and is likely to decline further to 2.4 percent in 2020. Given the present trends in local economy, global economic slowdown, weak investment and the stabilization programme devised by the International Monetary Fund (IMF) that Pakistan is under, the country may be able to touch 5 percent growth rate around 2025 -- at the earliest. One does not see any possibility of a 7 percent growth rate.

Slower growth will particularly have a negative impact on creating new jobs. Pakistan, therefore, is likely to make a reverse progress on SDG 8. Rather than producing new jobs, many people are likely to lose their existing ones. About 30 percent of the workforce has already been laid off over the last year or so.

This bodes ill for the achievement of SDGs. Pakistan is likely to miss the target of eradicating poverty by 2030 if the current trends are not reversed immediately -- something that seems hard to do. Experts fear that around eight million people will go below the poverty line in the next couple of fiscal years.

Slower growth will particularly have a negative impact on creating new jobs. Pakistan, therefore, is likely to make a reverse progress on SDG 8. Rather than producing new jobs, many people are likely to lose their existing ones.

About 30 percent of the workforce has already been laid off over the last year or so, according to some senior economists. The implications of this situation extend to livelihoods, poverty, health, education and so on. Many workers may also have to shift to low-quality jobs, thereby stalling progress on the target of decent, productive and quality jobs. The same holds true for SDG 10 which aims to reduce inequality by increasing incomes of the low-income groups which comprise 40 percent of Pakistan’s population.

Slow economic growth, and the consequently shrinking economic pie, is also likely to squeeze the space to mobilise domestic financial resources for the attainment of SDGs. The burden of balancing the revenue-expenditure equation will fall on development expenditures. These cuts are likely to continue at least till 2022 when IMF’s economic stabilisation programme ends.

The government has set a revenue collection target of Rs 5.5. trillion for FY2019-20 under the IMF programme. This is pushing the government to extract more revenue from the existing sources. This is visible as the prices of petrol, electricity and other related products have been raised exponentially in the last 12 to 14 months. The trend is likely to continue till 2022 at least.

In addition to increasing the costs of many items, this will directly affect progress on the supply of affordable energy and other public services on one hand and inflate the cost of doing business on the other. Combined, these factors will further stall progress on SDGs

Even though IMF has clearly focused its programme on social protection coverage for the underprivileged, meeting the IMF demands including, but not limited to, bringing the deficits in control, increasing interest rate to 13 percent – this, indeed, have been raised to 13.25 percent already- cutting down subsidies, observing austerity measures in official expenditure and carrying out other structural reforms will have a direct bearing upon Pakistan’s progress on GSD 2030 agenda.

Weak investment is another major challenge hindering the achievement of SDGs. Lower growth rate, higher interest rate and policy uncertainty have almost stymied investment by private sector. A report by the Asian Development Bank (ADB) shows that "over 77 percent of the commercial banking sector, 100 percent of the textile and telecommunications sector, and a significant part of the cement, sugar, automobile and fertilizer sector are in the private sector". With the share of the private sector in the manufacturing and services sectors being so high, it takes no calculations to conclude that the reluctance of the private sector to invest will have a large impact on SDGs agenda.

A slowing economy coupled with a reluctant private sector is likely to compromise the generation of sufficient resources to finance SDGs. Bad news is coming from the external front too. Leading aid agencies are warning that a deteriorating world economic outlook can affect the external financial sources available to developing countries including Pakistan, particularly the Official Development Aid (ODA) given by the developed countries.

If one considers all these factors, Pakistan is likely to face a slowdown in its progress on SDGs agenda. There, in fact, may be some reverse progress on some of these goals and targets. If we assume that the current economic trends will continue for the next two to three years, Pakistan may face economic stagnation till FY 2023. This means that we will be left with seven years to catch up with the rest of the world on SDGs agenda. Indications are that this time window may narrow further to five years since economic growth could remain slow till 2025.

The purpose of this article, however, is not to undermine the importance of structural economic reforms mandated by the IMF programme. Rather, the objective is to highlight the fact that the attempts to streamline the implementation of SDGs need to consider the overall macroeconomic conditions of the country, both in present and near future. We must plan accordingly. Steps must be taken to minimise the costs for SDGs of a slowing economy. Stakeholders involved in the SDGs implementation need to identify the venues which may reduce the adverse effects of a shrinking economy.

The makers of macroeconomic policy must also evaluate the implications of the current economic situation for the SDGs agenda. Separation between macroeconomic and social policies will lead to compromising the gains. An enhanced economic stability, without considering its impacts on the SDGs agenda, will compromise Pakistan’s efforts to fulfil its global development commitments. This, in turn, will leave macroeconomic stability unsustainable. We need to rethink and retool our economic policies to reverse these trends.