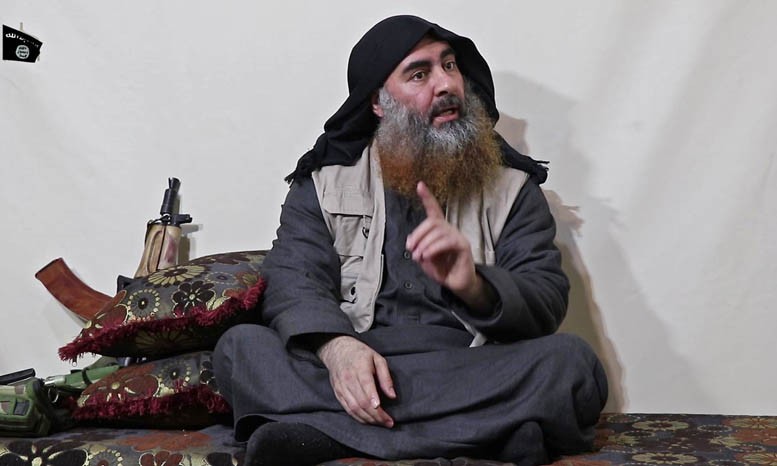 The news of Abu Bakr al-Baghdadi’s death has done a couple of rounds earlier, but this time it appears to be true. On October 27, the President of America, Donald Trump, announced to the world that in a village in the Idlib province of Syria, the leader of Islamic State (or Daesh) -- Abu Bakr al-Baghdadi -- had blown himself up when he was surrounded by the special forces of the US army.

It was an operation the American president observed and supervised himself, much in the same fashion as the former American president, Barack Obama, had done in 2011 when Osama bin Laden was targeted and killed in Abbottabad, Pakistan. The difference is that Osama was shot dead by American soldiers whereas al-Baghdadi is reported to have detonated a device to kill himself. In both cases, the dead bodies were not shown to the media, neither were they properly buried; they were just disposed of in the sea, or at least the killers sent to get them reported so.

If you look at the map, you find Idlib in the extreme north-western region of Syria, where al-Baghdadi was reported to have taken refuge. Idlib is just 60 kilometres away from Aleppo. When civil war in Syria started in 2011, Idlib was occupied by rebels who claimed to have established an alternative government of Syria there. Since this region is adjacent to the border with Turkey, many observers believed that the rebels were receiving aid and support from the government of Tayyip Erdogan in Turkey. In 2017, this area came under the control of another rebel group known as Tahrir al Sham.

Tahrir al Sham is also a Jihadist Salafi organisation, like al-Baghdadi’s IS. The US had announced a reward of $25 million for anyone who could disclose the hideout of al-Baghdadi. Now Trump has claimed that al-Baghdadi was holed up in a compound in Barisha, a hamlet in Idlib, where American forces attacked him. This hamlet is just five kilometres south of the border with Turkey. The entire region has been a focus of the militants fighting against president of Syria, Bashar al-Assad. When the rest of country was cleared of the Jihadi Salafists, al-Baghdadi took refuge in this region.

For the past 50 years or so, Idlib and its peripheries have been opposing the central government, one way or the other. In the 1980s, this region witnessed huge demonstrations against the then president Hafiz al-Assad, Bashar’s father. Intermittent attacks on government buildings and entities had occurred regularly.

In 2011, when several Arab countries experienced mutinies and rebellions -- the so-called ‘Arab Spring’--Idlib too erupted in unrest and later on came under a complete control of the rebels. Even now, most of the people belonging to the Jihadist alliance are located in this province.

At least eight helicopters are reported to have flown for over an hour before reaching the place, where al-Baghdadi blew himself up. Now the question arises about how the attackers could ascertain that the target was al-Baghdadi and not somebody else.

Though the locals have opposed the IS, hundreds of its fighters have moved to Idlib and settled here. Unlike Osama bin Laden who comfortably lived in a huge compound in Abbottabad, Pakistan, al-Baghdadi had to make do with tunnels in and around his hideout. The tunnels were meant to afford as outlet in case of an attack, but when the moment came, most of the tunnels were found to have no opening on the other end.

At least eight helicopters are reported to have flown for over an hour before reaching the place, where al-Baghdadi blew himself up. Now the question arises about how the attackers could ascertain that the targetwas al-Baghdadi and not somebody else. According to the claims made by President Trump, some DNA tests confirmed the identity of al-Baghdadi. Perhaps the DNA samples were matched with samples taken over ten years ago when al-Baghdadi was in American custody before he became known to the world after his release and before the establishment of the IS.

The CIA has also said it targeted and killed the spokesman for the IS, Abu al-Hassan al-Muhajir, in northern Syria on October 28, a day after the death of al-Baghdadi. In the second attack, fighters from the Syrian Democratic Forces (SDF) led by the Kurds are reported to have played a key role. It is almost impossible to verify the two deaths from any independent sources. It is quite possible that President Trump made the announcement for two reasons.

One, to deflect criticism that he had allowed the IS to remerge; two, to ape former president Obama, and claim credit for a major capture and killing of an apparently dangerous terrorist. The photos released after the operation show Trump in a triumphal mood sitting with his top brass. But the stern faces of Trump and his companions pale in comparison with the expressions of Obama and his secretaries.

It is worth recalling that al-Baghdadi had swept the world media in 2014 when he announced the establishment of an Islamic state in Iraq and Syria, appointing himself the caliph.

Al-Baghdadi had appealed to the Muslims around the world to acknowledge him as the True Caliph and wage a war against the Western forces. Then onwards, al-Baghdadi led his warriors of the Islamic State or Daesh to execute major terrorist operations, killing thousands of people and displacing and injuring hundreds of thousands. There was a time when the IS lorded over a population of around eight to ten million people. These millions of people suffered under the yoke of a strict and unforgiving Taliban-like government, which claimed to be Islamic but was know for its ruthlessness and terror.

Al-Baghdadi and his followers had mounted attacks in other countries too. The al-Baghdadi Brigade became as notorious and scary as once Osama bin Laden had become. Before the announcement of the attack on al-Baghdadi, President Trump tweeted that something ‘very big’ had happened. It might be recalled that, he had called each meeting with the leader of North Korea as ‘very big’.

The announcements are rarely acknowledged to be as earth-shaking as he wants the world to believe. Come to think of it, the president of the mightiest country in the world calling the death of a militant leader as something ‘very big’ is unfortunate. One wonders how before 2010, when al-Baghdadi was under American custody in a US camp in southern Iraq, he could establish contacts with some other operatives of the IS. Some of those who maintain a keen eye on the Middle Eastern affairs raise questions about the possibility of an under-arrest militant--who was also a Jihadi and Salafi--forming a group.

After his release in 2010, al-Baghdadi joined the self-proclaimed crusaders and then became their leader. After the American invasion of Iraq in 2003 overthrew of Saddam Hussein’s government dominated by Sunni Muslims, many Sunni leaders rose up in arms against the new government in Iraq. Al-Baghdadi was one of those who later became active in Syria too. Before the emergence of the IS, Al-Qaeda had also emerged as a major force in that region. Al-Baghdadi gathered some of the splinter groups of al-Qaeda and in 2013, occupied the Syrian city of Raqqa and in 2014 conquered Mosul, the second largest city of Iraq.

Now, finally it seems that the State is no longer in existence. The five-year period is almost the same as that of Taliban who ruled over Afghanistan from 1996 to 2001. Let’s hope that this time around the news of al-Baghdadi’s death is true and that the development will lead to peace and tranquillity in this region.