Fitting in, moving up

Our society lives in separate spheres; one is invisible to the other. Those who have privilege simply do not see those who don’t 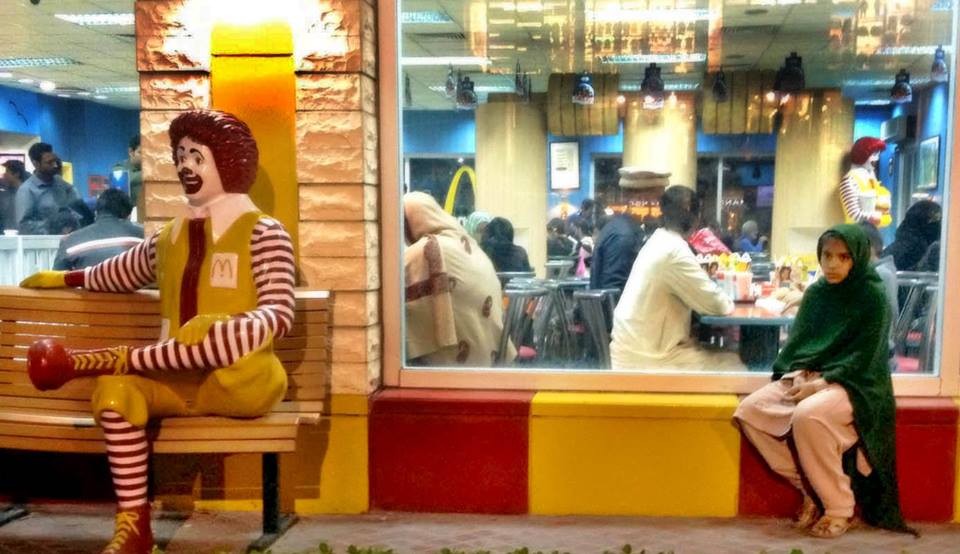 Rehana, in her mid-30s, does not meld in with the other mothers dressed in designer outfits outside the gates of one of Lahore’s more elite schools. But she is perhaps the proudest person standing there. Four months ago, the family she does domestic work for decided that as a good deed they would send her two children -- Hassan, aged 8, and Uzma, 10 -- to one of the best schools in the city, to try and give them the opportunities in life that so rarely come the way of persons without means and privileges.

Rehana was initially delighted, as she helped her children wear their new uniforms. But the coming days were darker. Both children reported bullying of various kinds and comments about their beliefs, since they are Christians.

The kids wanted to leave and go back to the far smaller and far less posh, and far more humble government school they had left behind. But Rehana’s employer asked to speak to them. She encouraged them to take the hard route in order to make life better for themselves in the end. Both the children agreed that they would stay at the school for at least a month.

Since then life has improved for them. But Uzma feels conscious on most social occasions about little little things such as the embroidered kameez and pants she’s wearing, compared to the off-shoulder tops and ripped jeans sported by her classmates.

There have been offers from other children to hand down their clothes. But Rehana has always refused to accept them. She herself will be hosting a birthday party for her children at her employer’s house soon.

The lack of sensitivity and the degree of stratification in our society on the basis of class is visible everywhere. Outside private clubs and some restaurants, there are signs that warn that domestic workers cannot be allowed in.

Despite the Domestic Workers’ Act which was introduced to safeguard the rights of our domestic staff, little seems to have changed with regard to social behaviour.

The lack of sensitivity and the degree of stratification in our society on the basis of class is visible everywhere. Outside private clubs and some restaurants, there are signs that warn that domestic workers cannot be allowed in.

We also see children outside, for instance, McDonalds, vending candyfloss or balloons or other trinkets, hoping to make a small earning to take home to their families. Few of those leaving the red and yellow arches even notice that they exist. Our society lives in separate spheres; one is invisible to the other. Those who have privilege simply do not see those who don’t. Sometimes they direct objectionable language towards them, or indicate that people who are poorer are lazy, inadequate, and unintelligent. None of this is true. Only when we are able to recognise this will there be any easing of the divide that has split our society into two distinct halves with further nuances separating segments within these into a further, carefully nuanced standing for every single member who lives in a town or city like Lahore.

Fitting in, moving up