The end of the line?

Another independent-minded news publication closes down 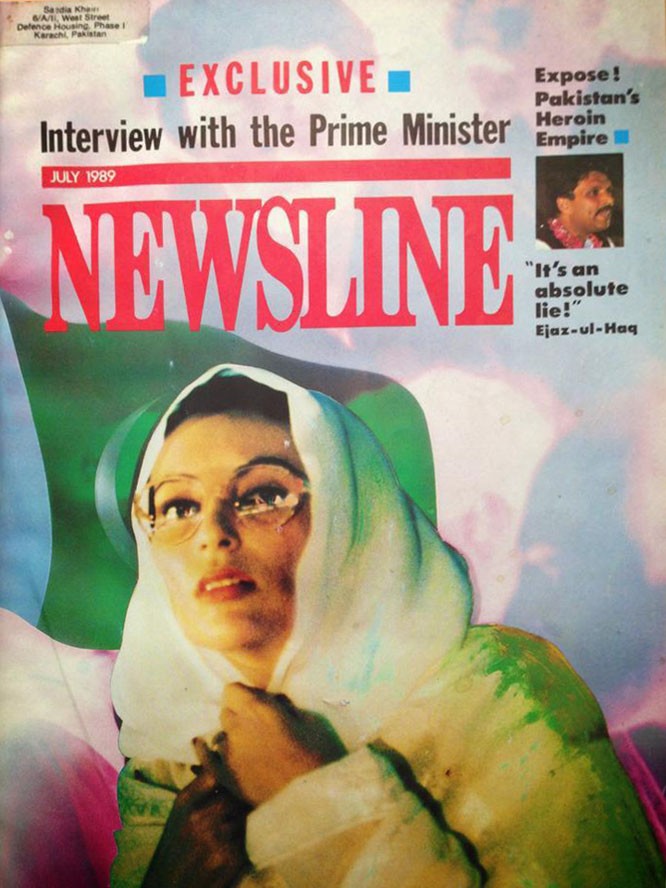 The news that Pakistan’s pioneering current affairs magazine Newsline will cease publication after next month’s issue bodes ill for the state of the media in the country.

Newsline was an independent, journalist-owned magazine set up by a team which once worked for the monthly Herald, one of the most exciting and hard-hitting news publications of Pakistan. The two competitors covered much of the same material - politics and current affairs -- and were similar in style and approach. The monthly format allowed for analytical pieces and in-depth interviews and both magazines were, in their heyday, something of a monthly treat for their readers.

Herald ceased publication earlier this year (the July issue was the last), but its demise was not so much a reflection of the decline of the print media as a reminder of the increasing power of the state to control the press.

The Dawn group, or PHPL (Pak Herald Publications Ltd), came under immense pressure following their story on differences between the Nawaz Sharif government and the military in late 2016. The matter was regarded by ‘the powers that be’ as akin to treason and what followed was a systematic pummeling of the media group - choking it financially by pulling ads (or pressuring advertisers to do so), hindering its circulation by banning it in cantonment and other areas or pressuring news vendors not to sell it, and trying to make its staffers irrelevant by excluding them from official briefings. Herald was the first casualty of this petty standoff.

The closure of Newsline just a few months after that of Herald means that the media landscape in Pakistan is now almost without informed and critical voices. The Friday Times (TFT), the weekly publication closest to these two in terms of content and style, also seems to be under increasing pressure: there have been ‘official objections’  to some of its reports and the editor Najam Sethi has had to leave the country, apparently for fear of consequences.

The Dawn group never thought the Herald’s competitor would be able to stay in business for more than a few months but Newsline managed for more than a quarter of a century until about three years ago when financial pressures finally obliged us, the Newsline team, to sell it. We sold Newsline to the Hum group but it has now, after making cuts and laying off staff including the political reporters, decided to close shop. I sincerely hope it is never sold on to anybody who does not respect the principles we tried to stand for: "to seek the truth, to spotlight injustice, and to fight for redressal." That last is a quote from the editorial of Newsline’s very first issue in July 1989, when Razia Bhatti addressed the questions of ‘Why Newsline?’. Bhatti had been asked by PHPL to leave the Herald in August 1988 following pressure from the authorities (this was at a time when General Zia was still calling the shots and had just dismissed the civilian government), and a group of us left with her in protest. We said that Newsline was the result of the "refusal of a group of journalists to toe the line."

We managed to live up to our mission statement but it was tough. We couldn’t afford high salaries, didn’t have our own printing press and had to look after everything ourselves – rather than just concentrate on the editorial or production side. We sold subscriptions ourselves, canvassed for ads ourselves, did the office management and financial supervision ourselves. Somehow we survived -- largely because of the support of so many wonderful people (particularly those in the profession) who believed in what we were doing:  they wrote for us and often had to wait many months for payment (or just refused to accept any payment at all), they arranged advertising for us, they joined us. The two peons/office staff who were with us at the beginning - Mustafa and Asif -- are still with us despite the low pay and difficult conditions. The loyalty and goodwill has been astonishing and really heartening. To all of you (you know who you are) -- thank you!

We ruffled lots of feathers, received many threats and produced many memorable issues.

And now I hope that despite ceasing publication, the Newsline archive at least will survive. It is an essential resource not just for the study of Pakistan’s political and social history, but also for gaining an insight into the state of press freedom - something that some observers seem to think is now gravely under threat.

To Rehana Hakim, the editor who for so many years has so bravely fought ‘the good fight’ and to all the staffers who have worked with her at various times , I as a journalist, owe a huge debt of gratitude.

Sadly, for Newsline, December will be the end of the line.

The end of the line?