The question of impunity

The Salahuddin and Sahiwal cases are important moments of reckoning. Can the power dynamic that encourages extrajudicial killings with impunity be broken by middle-class families? 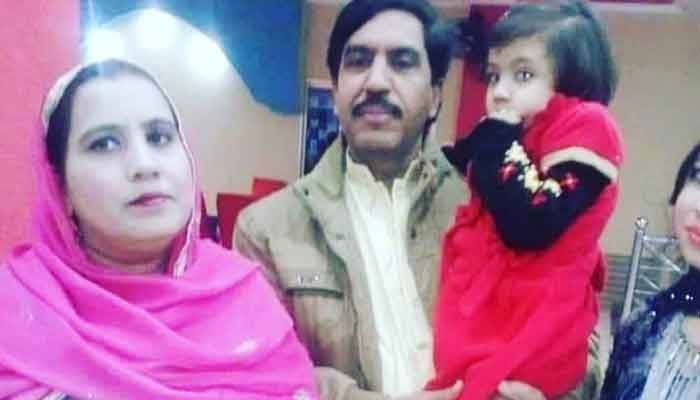 In 2019, two cases of extrajudicial killings took the country by storm: an innocent family travelling to Burewala for a wedding was shot at by police. This came to be known as the Sahiwal murder case. A mentally-unfit man lost his life to custodial torture. This was the Salahuddin case. The former was seemingly a shoot-to-kill murder while the latter was a murder in custody.

Both underscore a harrowing reality: the police take swift action, with impunity, in situations where some civilians are considered less important than others. The shoot-to-kill rule allows police officials or military groups to open fire at anyone they consider to be threatening the life of another, or disturbing national peace or security. Custodial deaths are killings that occur during police custody.

These actions are in sharp contrast with the obligations on the police determined by the nature of their duty and international standards and protocols. The police, by virtue of their office, are deployed for the maintenance of rights and justice, and for the promotion of public welfare.

The United Nations High Commissioner for Human Rights, Human Rights Standards and Practice for the Police in 2004 obligates the police to "fulfil the duty imposed upon them by law, to serve the community and to protect all persons against illegal acts, consistent with the high degree of responsibility required by their profession." This manual details the circumstances in which force or firearms can be used; no excuses are permitted for unlawful use of force. Even under extenuating circumstances, measures taken must always be proportional to the lawful objectives sought -- meaning that there are standards which must be satisfied to prove that the use of force or firearms was necessitated in the particular case.

Regrettably, the conduct of police officials went far beyond national or international standards in both cases, and they serve thus as important case studies. A significant aspect in both cases is to discuss critically the implications of these transgressions for law enforcement officials. In the Sahiwal case, all those accused and belonging to a special police task force were acquitted. In Salahuddin’s case, a settlement was reached between the family of the victim and the police. Initially, FIRs for murder were filed in Salahuddin’s case and police officers involved were held accountable. A judicial inquiry was requested by the government of Punjab, and it seemed as if the curtain of absolute impunity which protected the police would finally be lifted. Yet, on October 16, 2019, it surfaced that Salahuddin’s family had pardoned the police officials involved in return for a gas network and link road in their village, Gorali.

In the Sahiwal murder case, a special police task force opened fire at three innocent adults and a child in an Alto, en route to a family wedding. As we saw, the police’s first line was to declare these people terrorists - hence, a security threat. The second was retraction and a renewed statement: only one of them was a terrorist, it said. A child, the victims’ son, had to take the onus of defending his parents to the rest of Pakistan. It was his testimony against the task force’s. And, his testimony stood silenced when the entire law enforcement agency surrounding the accused refused to testify against their colleagues. Although cases were lodged against the accused, they were dismissed quickly.

It goes without saying that the justice system and the prosecution need not be blind to the realities of what goes on beyond the courtroom. It need not apply the law and procedure blindly in cases where injustice has been seen to be done.

All of the accused in the Sahiwal case were acquitted because the prosecution was weak. This represented a lack of will to prosecute state officials, and a collusion under which witnesses acted in the case. In the face of such strong opposition, there is very little a family broken and betrayed by the very system can do. Salahuddin’s family too pardoned the police and faced a lot of criticism for doing so. But we must remember the context in which the pardon was granted. Is it really feasible for ordinary civilians to challenge the writ of a conglomerate of police officials without pressure? Can this power dynamic that encourages extrajudicial killings with impunity -- concentrated in the throne of ‘official status’ -- be broken by middle-class families?

It goes without saying that the justice system and the prosecution need not be blind to the realities of what goes on beyond the courtroom. It need not apply the law and procedure blindly in cases where injustice has been seen to be done. Procedural loopholes should not be actively pursued to afford the benefit of the doubt to accused officials. Perhaps, this is why there is a dire need to do away with settlement deeds, pardons -- first and foremost.

More importantly, no organ of the state should take instances of violence by law enforcement agencies lightly and take blind recourse to procedural gaps to justify its own failures. Where families reach a ‘settlement’ with the victims’ murderers; it is the state’s responsibility to assume the role of the complainant. The killing of an innocent civilian at the hands of a state official is a crime against the state. It uproots the very sanctity of the social contract, and it serves the government best to remember its duty to uphold it.

To conclude, we may constitute Joint Investigation Teams to probe into every unlawful activity in the country, but these will only matter once JIT reports are acted upon, and their conclusions are pursued actively. However, it seems as though there has been only one JIT report which has taken accountability to fruition. All others languish, awaiting justice that has not been served. Given these realities, it is fair to argue that more than corruption, external threats or whatever features in the popular narrative, Pakistan’s citizens are vulnerable to misuse of power by officials who have sworn to protect the citizenry at all costs.

The question of impunity