March to what freedoms?

Though it’s too early to say, Maulana’s Azaadi March could be the first step towards delegitimising the PTI government, paving way for more such steps in the future 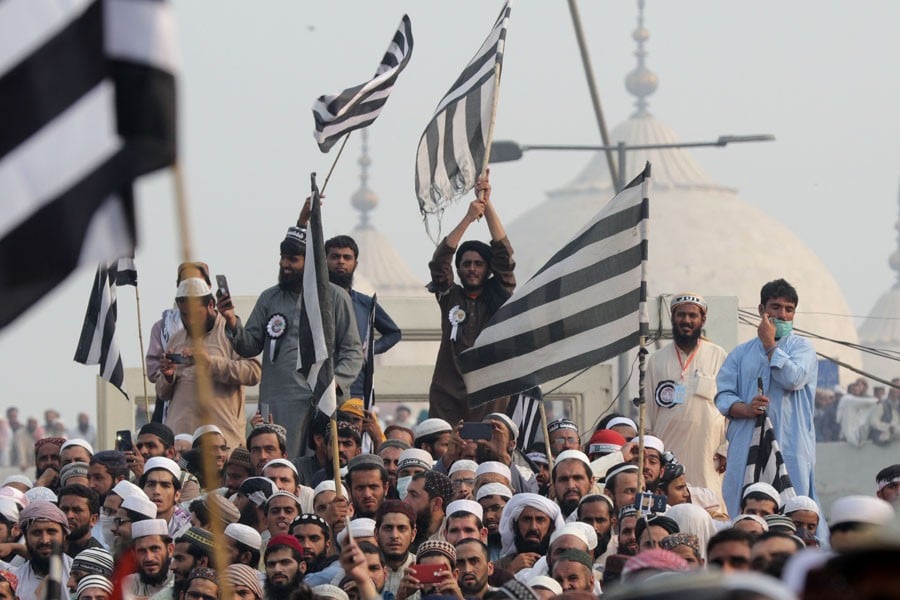 The last ten days or so have been some of the most volatile in Pakistan’s politics. The impression is that all voices of dissent, in politics, civil society and media are being silenced gradually and systematically. It is in this frustrating political environment that an unlikely opponent came roaring in the shape of an Azaadi March towards Islamabad on October 31. To be fair, he didn’t come unannounced. It was in June, that this protest march against the government was first announced by Maulana Fazlur-Rehman, leader of Jamiat Ulema-e Islam (JUI-F), the largest Deobandi group in the country.

It brought in its wake hard tidings -- in the form of critical illness of Mian Mohammad Nawaz Sharif, leader of the PML-N, the country’s second largest political party. Though, by the time the march began on October 27, in Karachi, most political parties in the opposition had already made their intentions clear about whether they would join the march and the extent of their support.

Together, these developments were ample grist for rumour mills. Terms like ‘establishment’s hand’, ‘foreign hand’, this and that ‘deal’, ‘NRO’ were generously thrown around, in drawing rooms and TV screens. In a sharply divided polity, these last two weeks were marked by sheer dearth of independent and objective analyses. You could almost predict the conspiracy theory that a particular analyst may subscribe to.

While Nawaz Sharif’s ailment -- was it ‘erratic’ or ‘critical’? -- was on everyone’s mind, one thing nearly all analysts agreed on was that the march or sit-in may not lead to the fulfilment of marchers’ foremost demand -- resignation of Prime Minister Imran Khan. Another thing they could all be thinking was that; Maulana’s march, underestimated by most, shook politics like nothing else in the post-2018-election Pakistan.

For one, it brought the ousted, cornered and ‘discredited’ politician to the centre of political discussion again.

A seasoned and shrewd politician, the Maulana indeed played his cards well. In a situation where political parties in the parliament found themselves helpless, in the face of what they think was a government-propelled accountability overdrive; an unelected politician activated and motivated, his own cadres to take to the streets to challenge the writ of the government. At a time when the country’s economy is in dire straits and the common man is reeling under the weight of price hikes and unemployment, he reminded everyone how a religious party had taken the lead. His grouse that the 2018 election stole his mandate was also reiterated through this charged crowd. Most importantly, he succeeded in creating this impression or doubt in the ruling party that he had the ‘blessings’ of the powers-that-be.

The threat of Maulana playing the religious card, was greatly exaggerated by the PPP and the PML-N. If you looked carefully at the JUI-F’s demands and priorities, implementation of Islamic laws came quite low on the list

On the face of it, the predominantly JUI-F crowd did not comprise madrassa students the Maulana was accused of luring; it was a committed working-class middle-to-old-age party cadre -- the conspiracy-theorist insisted that a danda-bardar seminary force was secretly waiting in the capital. Punjab’s heart Lahore, may have been surprised to see so many Sindhis at the Azadi Chowk last Wednesday who were die-hard party-men and unquestioning followers of the ‘Quaid’. Was it in April 1986 that Lahore first saw so many Sindhis together under the shadow of Minar-e Pakistan?. Hailing from Kashmore, Larkana, Shahdad Kot, Shikarpur, almost everywhere in Sindh, they were a reminder that the JUI-F was the largest political group in rural Sindh after Pakistan Peoples Party (PPP). The other big group of Pashtuns that joined the march in Karachi was from Balochistan, largely belonging to JUI-F but also Pashtunkhwa Milli Awami Party (PkMAP).

Apart from the dividends for the JUI-F, most political parties sought to reap benefits for themselves by choosing to side with it -- and equally so by not, or partially, siding with it. This is what explains the half-hearted support by the PPP and the PML-N. The latter was criticised a lot more in the media, because the elder Sharif, while still in jail, had issued special instructions to his party to forcefully participate in the Azadi March. He ought to have known that agitation was not the strongest suit of the party he had nurtured, more so when the leaders are absent.

The threat of Maulana playing the religious card, was greatly exaggerated by the PPP and the PML-N. If you looked carefully at the JUI-F’s demands and priorities, enforcement of Islamic laws came quite low on the list.

Some analysts are of the view that by not offering their support to the march at full throttle, the two parties have sent rapproachment signals to the Establishment. The PPP has a government in Sindh and a sizeable presence in the National Assembly and Senate. However, it too was in the line of fire and in real danger of losing Chief Minister Murad Ali Shah and the government in Sindh, as late as September this year. It kind of stayed clear of the march by announcing its own public meeting on November 1, in Rahimyar Khan.

Yet, symbolically, the leaders of both parties stood with the Maulana. Among the nationalists in Khyber Pakhtunkhwa, Awami National Party’s (ANP) support for Maulana’s march might come as a surprise for some but the truth is that the ANP is in the wilderness as well; it has ceded space for Pashtun nationalism to the Pashtun Tahaffuz Movement (PTM). It is not surprising because the ANP and the JUI-F have been together in the opposition during Zulfikar Ali Bhutto’s and Ziaul-Haq’s time.

It is too early to say what kind of an impact this march will leave on the country’s politics; it could be the first step towards delegitimising the PTI government, paving way for more such campaigns in the future. For the government it’s a lesson; when you close all legitimate outlets of dissent and opposition, including the media, chances are that a vanquished opponent may come to haunt you.

For the country and polity, this march has been a reminder of the need to evolve a system that can accommodate all the disparate and competing interests. A fair election, that is also perceived as such, might be a good place to start.

March to what freedoms? 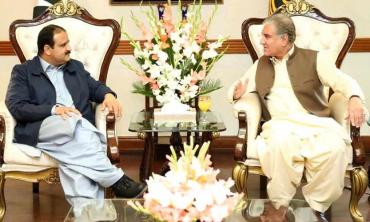