Why should he be retained as captain if he can’t handle the players? If he is unable to control the players who have just arrived on the international scene? 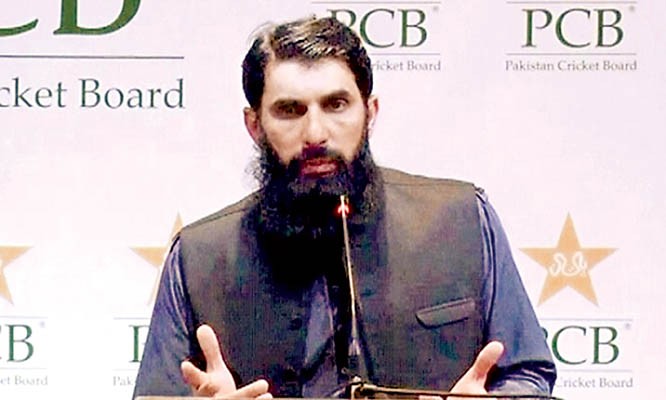 There are people passionately protesting against the removal of Sarfraz Ahmed as captain and his ouster as player. I don’t understand why. Must we support him because he is from our city? He has been given a very long run, at least by Pakistani standards.

In the beginning of year 2000, Wasim was still in charge, but by the middle of 2000, Waqar was leading led the side. Near the end of that year Moin was calling the shots.

I am not saying that the practice in those days was right. I am just stressing the fact that Sarfraz hasn’t been treated unfairly. People were fearing there was a group against him and that he would not be leading the side in the world cup. But Ehsan Mani had Sarfraz by his side when he announced that Sarfraz would lead in the World Cup. He led Pakistan in 100 matches across the three formats. Only Imran, Misbah, Wasim and Inzamam are ahead of him. He left behind Miandad, Waqar, Salim, Moin, Rashid and other cricketers who played a lot more international cricket than he has.

Why should he be retained as captain if he can’t handle the players? If he is unable to control the players who have just arrived on the international scene?

Now look at his batting performance. He managed only 112 runs in six innings against South Africa in Tests. In ODIs, he hasn’t been confident enough to bat high up the order. Did we not see him bat during the series against Sri Lanka? He looked worse than a club level cricketer. He was pathetic against a young leg spinner. He was unable to read the googlies of a newcomer. He got out in most ignominious fashion.

And then he has never been among the best in his core competency area. Just as he is not like Gilchrist or Dhoni or Sangakkara while batting, he is nowhere near Rashid as a wicketkeeper. In fact, he is not even as good as Moin was. He may be only slightly better than Kamran Akmal.

And then how can people criticise the selection of Rizwan who has been on the bench for years, who has done well in the few matches that he played? He thoroughly deserved this opportunity, particularly after he scored two centuries against Australia. People should stop thinking in terms of Karachi versus Punjab. This hasn’t helped us before. And never will