If the government fails to carry out a credible investigation and punish those involved in the University of Balochistan scandal, it will not only set a bad precedent but also jeopardise more women’s access to higher education 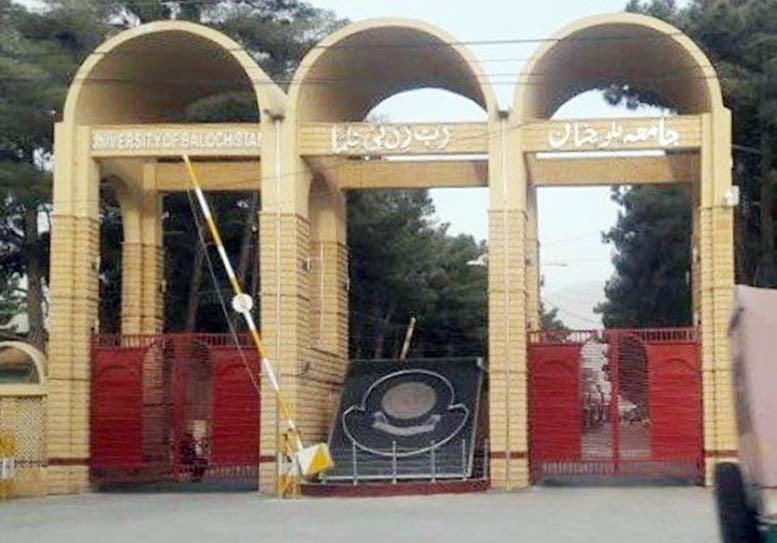 On Monday morning, there was a long queue of vehicles on Sariab Road -- Quetta’s longest and busiest road. The road had been blocked by a large group of students, who were sitting outside the main gate of University of Balochistan (UOB). Led by female students, the protestors were chanting slogans against the vice-chancellor. They were demanding justice for the victims of sexual harassment in the recent UOB scandal.

On October14, media broke the news that a huge blackmailing scandal had been unearthed at the UOB. Apparently, the university’s security staff had unlawfully installed secret cameras on the premises, through which they recorded videos of students in various situations and used the footage to blackmail them. Students, allegedly, had been blackmailed -- for a long time for money as well as sexual favours.

Now, on instructions from Balochistan High Court, the Federal Investigation Agency (FIA) is investigating the matter.

Maliha Baloch*, from Gwadar, is a student of fine arts. She lives in a girls’ hostel of the university. She says that the situation has changed massively for students living in the hostel.

"Now when we step out of the university, boys shout at us in the streets. This was not the case before the scandal," she says.

"Even rickshaw drivers ask us whether the allegations are true," she tells TNS. She adds that girls are apprehensive about going to washrooms in their hostels even if the cameras-in-hostel-washroom was just a rumour.

Samina Khan*, another student at the UOB, believes that the situation at the university has not returned to normal since the revelation of this scandal. "Due to the ongoing protests by students we have not had regular classes for a week," she tells this scribe.

Zakia Baloch* is a student of physiotherapy and lives at a hostel. She is also the Quetta zone vice president of Baloch Students’ Action Committee (BSAC) and is actively involved in the protests. She says that the UOB has girls from all over the province, and that most of them live in hostels.

"It’s not true that most of the girls have left the hostels. The girls have nowhere else to go. In most cases their home districts are far away," she tells TNS. She alleges that an organisation by the name of UOBians has been created by university management just to intimidate and exploit female students.

"We have been hearing about sexual harassment complaints for two years but we did not have any proof to challenge the university administration, until this scandal broke out," she claims.

University of Balochistan officials were not available for a comment when contacted by TNS.

This blackmailing scandal has shaken up the society. Civil society and the political parties are demanding urgent action against the culprits.

Hameeda Noor, a civil society activist closely following the UOB scandal, says that very few girls in Balochistan make it to university -- "It is unfortunate that even their access to higher education is being made harder for them."

She adds, "This unfortunate scandal has created a huge trust deficit between the UOB and the female students".

Amid the pressure developed by the protests, Dr Javed Iqbal, the vice-chancellor, has stepped down pending completion of the inquiry. Spokespeople for political parties and civil society have dismissed this as a pressure-diffusing tactic.

Dr Ishaque Baloch, the central spokesperson for the National Party, which has actively protested against the UOB administration, says: "The VC stepping down is not enough. He should be terminated and those guilty in this matter must be arrested".

He says that teaching and looking after students is a noble profession but VC and his team have tarnished the image of the profession. "We reject the parliamentary inquiry committee on this matter and demand a judicial commission," he says.

The scandal has also started afresh the debate on sexual harassment at workplace in Balochistan. It has prompted people to question the mechanism supposedly in place to prevent sexual harassment.

"Sexual harassment is as prevalent in Balochistan as any other place. UOB students may not have been aware," says Advocate Sabira Islam. She is the Provincial Ombudsperson of Balochistan for Protection Against Harassment of Women at the Workplace.

Civil society activists and students of the university believe that steps need to be taken to restore the trust of female students and their parents. The first step in this direction is to ensure that all the culprits in this scandal are prosecuted and receive due punishment.

"Staff members involved [in the scandal] should receive exemplary punishments and a harassment-free environment should be ensured in the UOB," says Zakia Baloch.

Hameeda Noor suggests that the entire senior administration of the UOB should be replaced with people of unimpeachable character.

"The new UOB administration should hold seminars and discussions, where parents of the female students should be persuaded that the university has zero tolerance for sexual harassment and that the problem has been eliminated," she adds. She also says that across universities, VCs should never be given extensions to prevent abuse of power.

Without effective and swift action to prevent sexual harassment, access to higher education for women in Balochistan will continue to pose a challenge. If the government fails to carry out a credible investigation and punish culprits especially when such scandals are unearthed, it will not only set a bad precedent but also jeopardise more women’s access to higher education.

*names of the female students have been changed on their request.

The writer is a freelance journalist based in Quetta