"I have sung for my supper, I am free now" 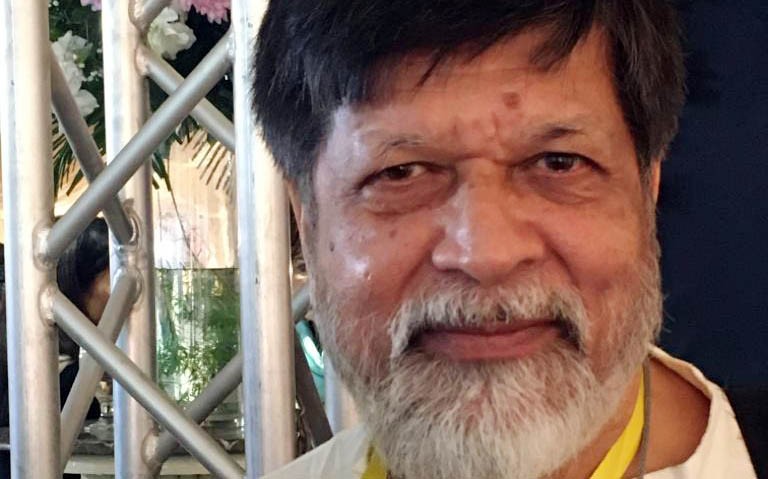 Technically, Shahidul Alam is still charged. Potentially, he faces 14 years in prison. "I was convicted. I’m out on bail," he tells the audience gathered at Asma Jahangir Conference in Lahore on October 19.

Alam was doing his job when men in plainclothes took him away. He was charged with spreading disinformation.

On August 5, 2018, the renowned Bangladeshi photojournalist was picked up from his home in Dhanmondi, Dhaka after he published photos of student protests in the city. Students had taken to the streets to protest the lack of road safety after two teenagers were run over by speeding buses. Slowly, the protests became a site of convergence, revealing deeper grievances that people had had against the state.

But Alam was already an established name in journalism. There was massive international outrage over his arrest. Eventually, after a wait of 107 days, the high court released him on bail. Reports said that he appeared in court barefoot, and was unable to walk without assistance.

That year, he was also the TIME’s Person of the Year.

On October 19, he was on a panel of journalists discussing censorship and curbs on electronic and print media. The session’s theme was Freedom of Conscience, Religion, Belief and Expression. Others on the panel included Owen Bennett Jones, Christina Lamb, Cyril Almeida, Hamid Mir, and Steven Butler (via Skype). Everyone had a story of their own to tell.

"I was offered a deal: if I stayed quiet, charges against me would be dropped and nothing would happen. All that I have said, I continue to say. I say it publicly. I see myself as a citizen of an independent state that recognises my constitutional rights which I will exercise," he tells the audience.

"I think it is the job of everyone to exercise those rights [to free speech]. I think we have come to this position because we have really given too much space, we have backed off, we have not said ‘no’ at every point. And I think that has to be our position," he says.

As the session concludes and he is on his way out, honouring all selfie requests, there is time to strike up a conversation.

"No one is ‘objective’. You should be honest about your subjectivities. I wear mine on my sleeve," says Alam.

"I have sung for my supper, I am free now," he says with a smile. Dressed in a cream kurta with colourful embroidery, a fanny pack around his waist, he is every bit the unassuming celebrity journalist.

We sit in one corner of the grand Marquee Pavilion and start a conversation. The discussion veers towards existential concerns. Given that journalistic freedoms are in jeopardy all over the world, and especially in South Asia, it is the right time to ask those who have mastered the craft.

Is the byline half the story? I ask him.

"No one is ‘objective’. You should be honest about your subjectivities. I wear mine on my sleeve," he responds.

"You have to be fair -- to side with the oppressed. To be ‘objective’ means most often to sit on the fence. If you are sitting on the fence and not challenging the status quo, then that is not objectivity [to me]."

"Pretty much all organisations have an agenda," he says matter-of-factly. "News organisations are corporate bodies; they may have political affiliations too."

These are questions he has clearly thought about in a career spanning over three decades. They have also been practically put to test.

"Do solid journalism -- with rigour, with honesty. Report facts. Negotiate from a position of strength. Be so bloody good at your job that no one can touch you," he says animatedly.

"Even with the Pathshala South Asian Media Institute I set up, the idea was to train photographers -- to create social justice warriors," he explains.

There is opportunity to sift through what he has said during the session, to ask for more details.

"The award that I received is usually given to cronies," he smiles again. He is talking about the Shilpakala Padak in 2014. This is also a comment on state patronage, reinforced through awards.

"In fact, one of the people behind my release [when I was arrested by the BSF in 2009] was someone I had been very critical of. I used to challenge his politics very openly," he remembers.

What went through his mind when he was in prison? What did he draw strength from? I ask.

From his writings, we know that an endearing memory from his days in prison is that of hearing a prisoner singing a Baul song composed by Ukil Munshi on the death of his beloved. The song Shua Chand Pakhi, which means the sleeping bird, was one that Alam and his partner liked.

"That night I was being tortured, I had to think of the people around me, my community," he replies.

The concept of having a community, or forging one, is one that comes up time and again during the conversation. When I finally ask him what being at a conference honouring the work and memory of Asma Jahangir means to him, he has a ready answer again.

"You see, it is more than just about us as individuals. One of the reasons I am here now is to be part of this collective [of this community working towards freedom]," he says.

Perhaps, this is also Asma Jahangir’s legacy, who became a moral compass for the community on many occasions. Someone who worked very closely with her often says in times of crises, "Asma Jahangir ek kaifiyat hay".

"I have sung for my supper, I am free now"