A new film chronicles a whistleblower's attempts to stop a war 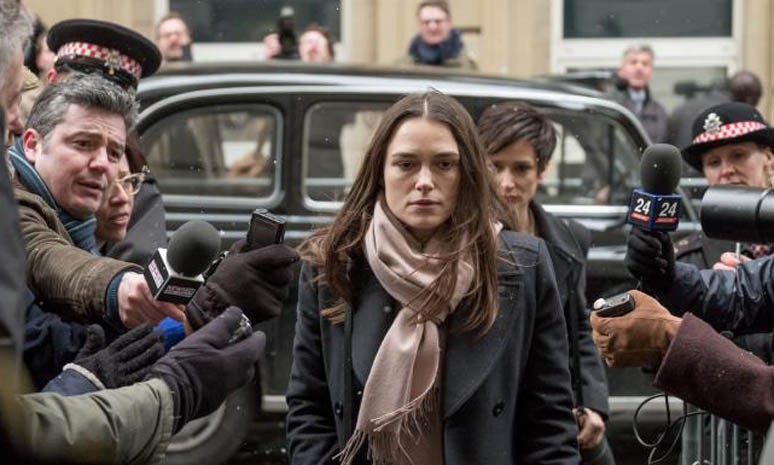 The film Official Secrets tells the story of a woman’s attempts to reveal to the public that the 2003 invasion of Iraq by coalition forces led by the US, was based on a false premise.

Katherine Gun was an intelligence specialist working at GCHQ, the British government’s ‘listening centre’ (which ‘collects, analyses and passes on signals from all over the world and cracks cyphers’). Gun, an oriental languages specialist, fluent in Chinese, was one of the many translators tasked with listening in on conversations at what is a large-scale eavesdropping hub. The information she leaked was not to do with any monitoring she had been tasked with but with an official email sent to GCHQ analysts and translators by an official in the United States’ National Security Agency or the NSA.

The group email asked staff to spy on diplomats of specific UN Security Council member countries, who were thought to be unsupportive of the vote for going to war in Iraq, in order to fix the decision. Gun was shocked by this as it followed close on the US and UK government’s insistence that it was necessary to invade Iraq because Saddam Hussein a) had weapons of mass destruction, or WMDs, and b) was linked to the Islamic terrorist group al Qaeda. Gun knew that both of these claims had no basis on any facts uncovered by intelligence from anywhere in the world. British PM Tony Blair’s continued insistence on Saddam having nuclear weapons directly contradicted the findings of the international nuclear ‘watchdog’ the IAEA’s own team of weapon inspectors, while there was also zero intel to suggest Saddam had any links at all to Osama Bin Laden’s organization.

Gun leaked the memo in which monitoring staff was asked to dish the dirt on the UNSC diplomats from five countries (Angola, Cameroon, Chile, Bulgaria and Guinea) so that they could be pressured into supporting a UN resolution justifying the need to go to war against Saddam Hussein and the story was eventually printed in The Observer on March 2, 2003. Gun was subsequently arrested and charged under the Official Secrets Acts i.e she was charged with treason.

In the film, Gun is played by Keira Knightley and gets to say a rather good line; when she is challenged about her actions and told that she has let down the British government who she works for she retorts "No, I work for the British people!" . This articulates one of the basic dilemmas of the citizen of a modern security state: what is the national interest-- is it what a militarily-aligned security establishment tells  you it is or is it what is most humane and most beneficial to the people of the country? This same dilemma forms the plot of the 2017 film The Post which retells the story of The Pentagon Papers expose which revealed the long cover up by the US government about the Vietnam War as it continued to send troops to fight and die despite recognizing the futility and pointlessness of this. Both these films tell the stories of brave whistleblowers who risk everything to expose wrongdoing and the violation of civic liberties and of the heroism of journalists and publications who take on the wrath of the State to report these stories. Incidentally, Daniel Elllsberg, the man who leaked the Pentagon Papers has called Gun his ’hero’ because she acted in ‘a timely way’ and did not wait - like he and so many others did - till after the damage was done. He spraises the fact that she acted to try and prevent a war.

Of course, she wasn’t able to and on March 19 2003 combined forces led by the US invaded Iraq. Hundreds of thousands of Iraqis have died since then, most of the country’s efficiently functioning infrastructure and systems have been destroyed and the country is riven by sectarian hatred. When you see the footage of interviews of Tony Blair and George W Bush from the period that are included in the film, you are struck by their blind determination to attack Iraq, no matter what the facts.

But despite the attempts of a number of recent whistleblowers (Julian Assange, Edward Snowden, Chelsea Manning etc) to expose the murderous excesses of bellicose establishments that trample over civil liberties and human lives, an increasing number of people the world over seem to be flocking towards authoritarian leaders and the neo-nationalism that enables totalitarian narratives and surveillance societies. Despite revelations of false claims and outright lies by many political leaders, they remain in power -- perhaps on the strength of their very lies as they repeat these often enough to cloud the actual facts. Tony Blair was re-elected even after pushing Britain into the Iraq war and it looks as if Boris Johnson might be re-elected despite the many reports of his untruthfulness (fabricating quotes as a journalist, fearmongering by citing fabricated and alarmist number while leading the Leave campaign during the EU Referendum, conducting a series of extra marital affairs etc). In a landscape like this, it is worth reflecting on what films like The Post, All the President’s Men and Official Secrets tell us about recent history and our own present-day attitudes toward truth, civil liberties and political conscience.

Time, perhaps, to clearly define for ourselves what we consider to be a social and political conscience and how this should guide the way we live our lives.