What of the already vulnerable? 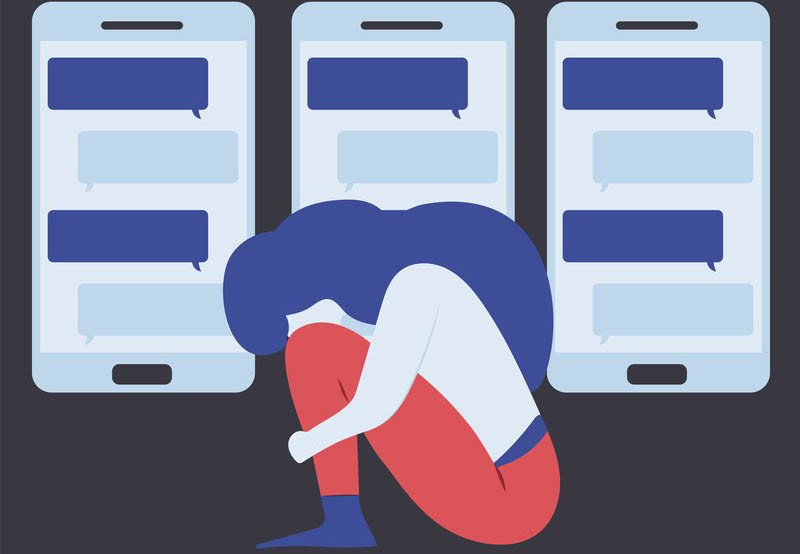 Data is the new oil - a mantra which points towards the claim that in the digital era, data is perhaps the most valuable resource. No matter how clichéd it sounds, experts are now concerned about big corporations across the globe minting money at the cost of people’s private information. Pakistan is no exception. Data rights campaigners say that the concept of data privacy and protection is not being recognised as a serious matter by government institutions and in this regard there is a blatant disregard of rights, particularly for the most vulnerable groups in the society including women and children and some ethnic and religious groups.

According to a recent research by Hootsuite and We are Social Digital Report 2019, there are 44.61 million internet subscribers in Pakistan. However, the Pakistan Telecommunication Authority (PTA) says there are 65.13 million mobile and fixed broadband users currently in Pakistan. This means a very large number of people are sharing their data with either state entities or private organisations, databases, social media platforms and service and application providers. But are they aware whether that data will remain safe?

There have been many instances lately where data was reported to have been compromised. The hacking into the systems of a ride-hailing app, Careem, put data of 4 million to 6 million users at risk last year. Similarly, data from the National Database and Registration Authority (NADRA) - Pakistan’s premier database organisation - was leaked and reportedly sold on social media platforms.

"The lack of a data protection and privacy law poses a serious threat to vulnerable groups in Pakistan apart from being an issue for all citizens," says Usama Khilji, a director of Bolo Bhi - an advocacy forum for digital rights. "The lack of such a law means that citizens’ data stored by companies such as ride-hailing and food delivery apps, medical records with the health sector and records at educational institutes can be compromised without a legal remedy being available to those affected."

This lack of protection, he says, can be critical for those who want to target vulnerable individuals, especially putting already vulnerable groups such as women, activists, journalists and dissidents at a greater risk. "In today’s world, where technology is increasingly being used for communication, intercepting and misusing data can have serious consequences, including criminal activities like kidnapping and stalking," says Khilji.

Article 14 (1) of the Constitution guarantees citizens’ right to privacy, but when it comes to data privacy, there is no mechanism to protect the citizens, which experts believe is a gross violation of universally accepted human rights. People from different religions, professions and age groups are using the internet and experts say the privacy of personal data, especially of marginalised segments of society can be a matter of life and death. An example of this is anti-Ahmadiyya online hate campaigns which are run on some online platforms.

Electoral rolls and other lists which identify minorities can also be used to identify and discriminate against them giving rise to the question of how safe this information is with the authorities.

"State authorities are involved in mass digital surveillance and in collecting data without any protection for citizens," says Shahzad Ahmad, country director at Bytes for All. "If the state has a keen resolve to protect the minorities, it is particularly important that safe online spaces are promoted for the religious and sexual minority communities so that fundamental freedoms like expression, speech, opinion, assembly and association are protected and promoted."

Child abuse, child pornography and paedophilia are some of the subjects that have been in the public eye for the past couple of years in Pakistan. In some cases culprits have been arrested and gangs luring young children through social media platforms busted. Recently, the Digital Rights Foundation started an awareness campaign urging parents to educate their children regarding predators in online spaces and how to stay safe. Activists say such awareness campaigns are the need of the hour.

"The existing laws are problematic and the state does not comprehend the problem due to a lack of capacity to counter such issues," says Ahmed.

A large number of women have reported privacy violations. Recently, there were incidents of leaks of footage from CCTV camera installed in cinema halls. Similarly, reports have surfaced of students being blackmailed over footage of CCTV cameras placed at various locations at the University of Balochistan. "Privacy is a fundamental right that should be afforded to all individuals. However, it is important to take an intersectional approach to privacy violations to account for particular vulnerabilities such as in the case of gender identity. In the unfortunate case of the University of Baluchistan, students were surveilled through hidden and illegal CCTV cameras. The impact on female students has been disproportionate," says Shmyla Khan of Digital Rights Foundation.

Peoples’ lives in the internet era have changed and so have the threats to them. There have been instances of people being subjected to online harassment and hate speech, which has led to violence, even murder. A shocking example of this has been of Qandeel Baloch, a social media celebrity.

"Common abuses of privacy include doxing, phishing, morphing and unleashing online vigilante mobs on people. Online hate speech quickly leads to offline violence in real spaces," says Aisha Sarwari, co-founder of Women’s Advancement Hub. "We saw this in the case of Qandeel Baloch, in cases of child trafficking and pornography, and in the case of mob violence against Shia doctors whose data were shared."

There are algorithms at play as well. Sarwari is concerned about how these play a dangerous role in changing mindsets. "Pakistan in its essence is plural and tolerant, even multicultural. Unfortunately, people making online laws are from a privileged class. The weak have no power and no protection. You see online algorithms making like-minded people become more popular and unpopular opinions falling on the margins."

Online trolls have also chased activists and journalists with demeaning hashtags trending on social media platforms. Female journalists have been the most affected by it - including through circulation of morphed pictures, leaking of personal data, and being threatened with rape and murder. Some have been forced to go into hiding or to deactivate their social media profiles. Some activists have been harassed online and labelled as paid touts, and accused of running foreign agendas. In some cases they have termed anti-state.

Experts say those who approach the Federal Investigation Agency to complain about harassment are disappointed as the agency is under-staffed and under-resourced.

The Pakistan’s Internet Landscape 2018 report released by Bytes for All paints a grim picture of the situation. It also highlights the need to address the issue on a priority basis to ensure safety and security both in online and real spaces.

Sarwari says civil society must strive to bring representation and rule of law to the online world and end prejudice and sexism. This, she says, will only happen if there is a collective understanding of the power of digitalisation to evolve social norms and boost economic growth. "The internet is one of the most powerful pro-poor inventions. This is why it is frightening to those who concentrate power."

Data experts say that ultimately it is the government’s duty to ensure that citizens’ data and lives are in safe hands. They also believe it is time to hold private sector accountable for the data they collect, to identify data protection policies and ensure the availability of redress mechanisms.

What of the already vulnerable?