"Our children have grown up in a war zone" 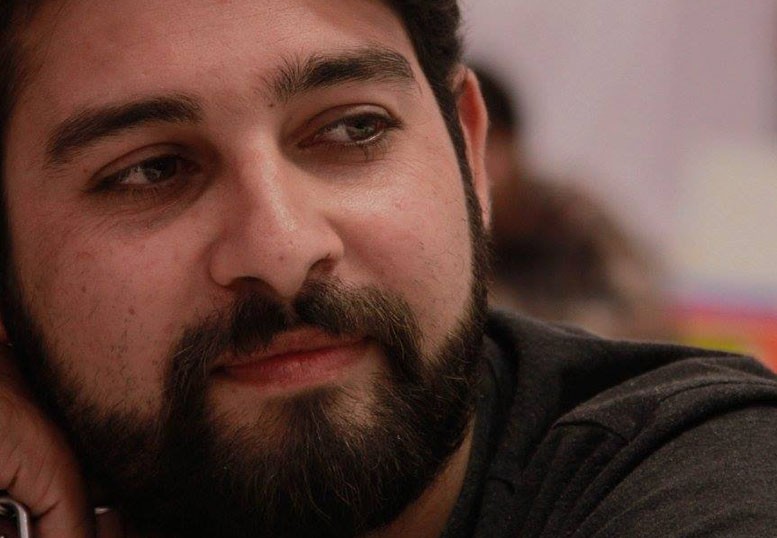 Syed Ahmed Ali Shah is an art director from Parachinar in Khyber Pakhtunkhawa. He is running a project, Education Through Art (ETA) for children in Parachinar. Shah received his early education in Faisalabad and Peshawar. In 2010, he got admission in the National College of Arts (NCA) in Lahore where he got his bachelors’ in architecture. Parachinar, the capital of Kurram Agency, has for the past few decades been a theatre of sectarian conflict. Shah lost one of his brothers in a mortar attack in 1987. In 2008, his father, Syed Razi Shah Kazmi, an educationist, was kidnapped and later killed by the Taliban. Shah now works with a textile company as an art director. He has also worked as art director/production designer for Zindagi Tamasha, a feature film by Sarmad Khoosat. The News on Sunday sat with Shah and spoke with him about his life, work and for future plans.

The News on Sunday: Why did you start Education Through Art and how far do you plan to take it?

Syed Ahmed Ali Shah: I was part of a discussion with some people in Parachinar about education when a man said, "We don’t need education here. Instead, we should teach our children how to use weapons so they can protect themselves." That’s when I realised that I have to do something for my area. Our children have grown up in a war zone. From the sound of a bullet they can tell which direction it was fired from. They have lost their innocence.

I started the ETA with a group of NCA students. We wanted to educate children through theatre and arts. Initially, school principals were not comfortable with the idea and refused to give us permission. After a lot of convincing nine of the schools agreed. We trained twelve students from each school. In 2015, we held our first Youth Performing Arts Contest.

The children thoroughly enjoyed being part of the workshops. The next year we staged a paper dress show with recycled materials, along with a theatre performance. In 2017, Parachinar was hit by another wave of terrorism so no event took place that year. But in 2018 and this year we have held various activities to create peace and harmony in the society. More than twenty schools are registered with us now. My aim is to open the minds of children and elders; I want them to question, debate and grow. We have seen people accept us and our work. Next year I plan to bring children from Parachinar to Lahore and teach them theatre here and organise a show at Alhamra Cultural Complex.

TNS: What is your main area of work these days?

SAAS: I am working as art director for a drama serial, Sara Sajeeda, on TV3, a Malaysian channel. It’s a Malaysia-Pakistan collaboration. I am also working as an art director in the fashion industry. I have done visual design for several campaigns and am also a part of a clothing brand in Lahore.

TNS: How did you choose this field?

SAAS: Till 2009, I had no idea that a college named National College of Arts existed. I joined the NCA in 2010. I developed an interest for theatre performances and set design. I learned production and theatre set-making. I was still in college when I had the opportunity to work with Noori for Ek Tha Badsha, a music video. This opened new avenues and soon I was getting hired as art director for various projects.

In 2014, I joined Sarmad Khoosat’s drama project, Mor Mehal for Geo TV. The drama depicted the Mughal era and I worked as a set director. Later, my thesis work started and I had to balance work and study. I resigned from the job to focus on my thesis. I was late to submit my thesis and lost two years of study and my job. But I kept doing freelance work and completed my thesis two years later.

TNS: What was your thesis about?

SAAS: My thesis was about therapeutic space created through architecture. It focused particularly on the children of Parachinar who were affected by sectarian strife and the war on terror. The subject is close to my heart.

TNS: How supportive was your family when you decided to pursue design over architecture?

SAAS: They were not supportive as drama and art are not part of our culture. They wanted me to pursue architecture. However, I chose my path. I enjoy being among creative minds. I am also financially better off.

TNS: Will you share an unforgettable moment of your life?

SAAS: I got a call from an uncle telling me that my father had been released by the kidnappers. I did not know that the elders of the family were bringing back his body. The second most memorable event was my admission in NCA.

TNS: What was your father like? What kind of relationship did you have with him?

SAAS: We lived in Jamrud, capital of Khyber Agency where my father was principal of Government Elementary College. The political agent had informed him of threat to his life for being a Shia. The Taliban were after us so we were confined to indoors. We were pressing him to move out from the city. He decided to open a school in Parachinar as he did not want to give up teaching. On November 29, 2008, I received the news of his kidnapping while I was taking my exams. We received his body on December 6.

SAAS: Our troubles did not end. My elder brother, who was working in the UAE, came back to Pakistan. One day he suddenly went missing. After a few weeks he called us from Malaysia to say he had tried to illegally migrate to Australia but had been detained for six months. On his release he again set out for Australia by sea. On December 21, 2012 the boat carrying 210 people, including 110 from Parachinar capsized. While many on board drowned, some were rescued. My brother is still missing. His family lives with us. The uncertain conditions in Parachinar have forced many people to take the escape.

My elder brother was killed in 1987. I was born after that and received a lot of love and affection. It’s not easy to live away from one’s family as I have had to do most of my life. Today I am stronger and determined to make something of my life.

TNS: Did moving to Lahore involve a cultural shock?

SAAS: (Laughing) Lahore Lahore aye but even after living here for nine years I cannot connect with this city on a personal level. Lahoris are great. They are light hearted and enjoy life to the hilt. The best thing about Lahore is the freedom; people are very forgiving and mostly mind their own business unlike most people in tribal cultures.

TNS: When is Zindagi Tamasha releasing? The trailer seems to be touching a very controversial topic, does it?

SAAS: Zindagi Tamasha is set to release in January. It is an important subject and very close to reality. There could be a backlash but I feel until and unless we touch taboo issues we won’t break the barriers. I learned this from Sarmad Khoosat. He is my mentor and friend. I have learned a lot from him.

TNS: What is one thing that you want to do in your life?

SAAS: I feel that Pashto cinema has nothing to do with art. I want to make good art movies in Pashto.

"Our children have grown up in a war zone"