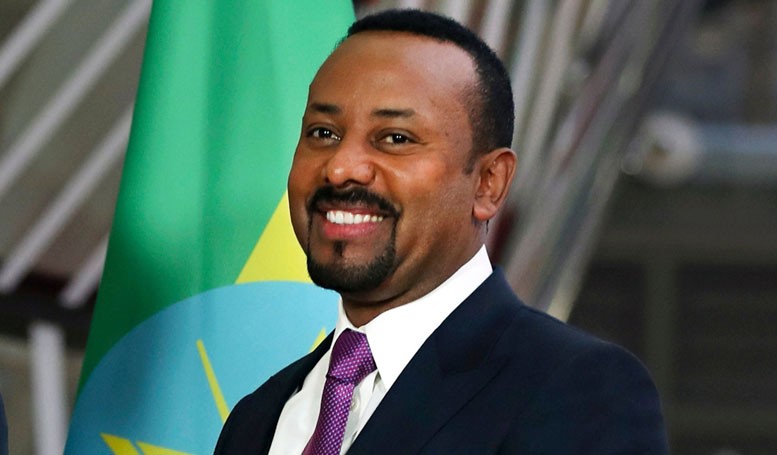 The Nobel Peace Prize is awarded not only on outstanding achievements but sometimes also for initiating a process that may lead to peace building. It is also awarded for breaking the barriers for marginalized segments of society and showing the way to those who had felt incapable or unable to achieve much.

The Nobel Peace Prizes awarded to Barack Obama, Malala Yousufzai, and now to Ethiopia’s Prime Minister Abiy Ahmed are all deserving rewards for their ability and willingness to challenge the status quo, commitment to democracy, and daring steps taken in the face of adversity. So what has Abiy Ahmed done to deserve the Nobel Peace Prize while he has been prime minister for just 18 months? Well, he has done all three: he showed his ability to challenge the status quo; displayed commitment to democracy; and has taken bold steps in the face of adversity.

Abiy Ahmed took office in April 2018 and became PM of Africa’s second most populous country after Nigeria. Almost immediately after assuming power, he pushed for reforms which are impossible to overestimate. He challenged the status quo by unlocking the torture chambers managed and run by his security establishment. Torture has been a favourite tool of most security and religious establishments to extract confessions and impose an orthodox ideology or a self-serving security narrative. Those who challenge or even disagree with such ideologies and narratives, become victims of either blasphemy charges or are accused of being anti-state.

For dismantling the torture chambers and disallowing such practices Ahmed forced his security apparatus to abide by the laws of the land and respect human rights. As commonly happens, wherever certain ideologies and narratives are used to suppress people, the media are used in support of such practices in the name of national integration and religious sentiments. The media that refuses to toe the line, is harassed and muzzled. So, Abiy Ahmed took steps to take the muzzles away from the media, which earned him unqualified respect. He knows that a free media is the backbone of any civilized and democratic society.

Observers and students of geopolitics know pretty well that without fundamental alterations in the domestic domain, external relations cannot be improved. In most cases, domestic and foreign policies are a reflection of each other. If a sate promotes hatred at home against certain communities on the bases of caste colour, or creed, it is bound to have strained relations with neighbouring countries and perpetually accuses them of hatching conspiracies. Apply this to South Asia, from Afghanistan, Pakistan, and India to Bangladesh and Burma (Myanmar) and it becomes clear why people in this region are suffering.

Abiy Ahmed wanted his country to move forward, so in July 2018 he made it possible for family members separated for decades to embrace one another again. Such peace efforts are not smooth and tend to come to a standstill every now and then, leading to fears that they would stop completely.

That’s why Abiy Ahmed worked on both fronts: domestic and foreign. He knows that a lasting peace can be achieved once your people are with you and your security establishment accepts civilian supremacy. He changed the narrative of having an ‘archrival’ Eretria. Just like India and Pakistan, Ethiopia and Eretria were once a single country. The security establishments in both countries propagated a narrative of being ‘archrivals’. Such narratives help keep the population under a constant threat of an invasion by and war with the ‘archrival’.

Abiy Ahmed altered the narrative, though the two countries had been involved in a border war from 1998 to 2000. Just like in South Asia, the wars had caused heavy losses on both sides and left bitter memories. Ahmed wanted his country to move forward, so in July 2018 he made it possible for family members separated for decades to embrace one another again. Such peace efforts are not smooth and tend to come to a standstill every now and then, leading to fears that they would stop completely.

Abiy Ahmed continued with his reforms and enabled family members and business people to commute via 60-minute flights between the two capitals, Addis Ababa and Asmara. This is nearly the same time that a plane takes from Islamabad to New Delhi. The flights are for rich people, so Abiy Ahmed made sure that public transportation and movement of goods are also opened, though Eretria showed some reluctance, and there was a move to close the borders again. The initial diplomacy pursued by Abiy and Eretria’s ruler Isaisas Aferwerki was successful but then the process saw some hiccups.

Abiy Ahmed also realized that business-to-business and people-to-people contacts will facilitate the peace process. That is the reason in most garrison states these contacts are discouraged and frowned upon because the security establishment knows that such contacts will smash the ‘archrival’ mindset so meticulously established through education, seminars, and media manipulation. Abiy Ahmed would have none of it: he facilitated both business-to-business and people-to-people contacts resulting in economic and social benefits to both sides. Though some contracts signed have not been brought to life, progress is anticipated.

Defying the age-old motto that some nations ascribe to: "The friend of my enemy is my enemy", Ahmed went beyond his immediate borders to forge friendships with distant neighbours as well. This motto has also marred the South Asian countries. Just look at the relations between Pakistan and some other countries in this region e.g. Afghanistan, Bangladesh, India, and Iran. If a country is friends with our ‘archrival’ we tend to strain our relations with it, unless it is rich and can pay us.

So we don’t mind if Saudi Arabia and the UAE have good relations with India, but we get irritated when Afghanistan, Bangladesh, and Iran do the same. If in a country, state functionaries ruthlessly keep their own people in chains so they can enjoy the fruits of power, that country is likely to be snubbed by the world. This happened with Eretria whose president was not asked to share the Noble Peace Prize for showing reluctance to implement the peace process accords and adopt domestic reforms initiated by Abiy Ahmed.

When the Nobel Committee named Abiy Ahmed on October 11 as the recipient of the 100th Nobel Peace Prize, it recognised his efforts to "achieve peace and international cooperation". His efforts did elicit some resistance from his security establishment, but since his people loved him and were no more ready to buy the ‘archrival’ nonsense, Ahmed was able to proceed. Eretria and Ethiopia have had a bloody and dark history, not very different from the history of Indo-Pak, but Ethiopian people appear to have accepted that without peace, they can’t grow.

That is the reason Abiy Ahmed just gave up the claim to disputed territory between the two countries, despite opposition from the security establishment and from jingoist elements in media and society, who cried hoarse at this ‘surrender’ and ‘disgrace’ by the newly elected leader. Perhaps for Abiy Ahmed such disgrace was much better than surrendering in the battlefield and forcing people to ‘eat grass’ and ‘fight till the last drop of blood’, the rhetoric so favourite of war-mongers who keep the country on the brink of war, but fall shy when the actual time to fight comes, or end up surrendering in the battlefield.