To understand PML-N’s party politics, one needs to look at the Sharifs’ family dynamics 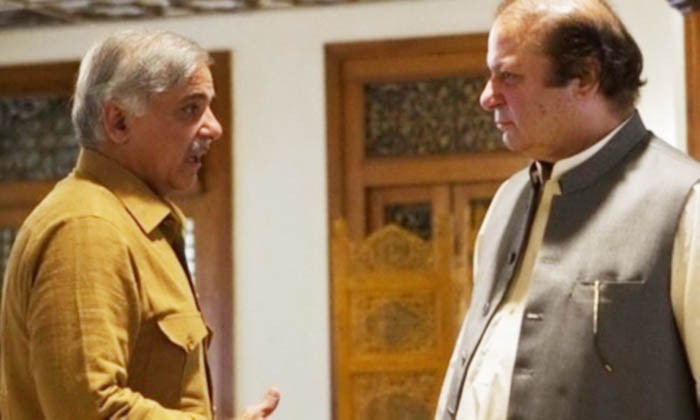 Like all joint families, the Sharifs have a complex, intricate and multi-layered system of values, traditions and practices. To understand the family dynamics, one needs to look closely at their day-to-day workings as well as their way of interacting with the other Ittefaq Group families.

The group originally comprised six brothers and a stepbrother of Mian Muhammad Sharif. The only matriculate among the Ittefaq brothers, he controlled accounts and managed the businesses for the group. Traits common to these families are a religious tilt, a love of good food, punctuality, mutual respect among elders, an unfailing commitment to protect the common interests, and fierce competition among the younger lot.

The seven brothers had accepted Mian Sharif as their leader but the competition amongst the younger lot -- cousins, not brothers -- ultimately broke the Ittefaq Group. This competitiveness which had been there from the start has only grown. At every family gathering, there are two visibly separate circles: one comprising elders calmly enjoying their food and the other comprising the youth arguing at the highest pitch of their voices. The elders mostly ignore this perhaps viewing it as a family tradition.

Having inherited the competitive spirit, Hussain Nawaz Sharif was the first of the second generation of Sharifs to venture into the business world. Mian Sharif handed over his business to Hussain after Shahbaz joined politics. But this arrangement did not last for long. As soon as cousin Hamza Shahbaz was back after completing his education abroad, Mian Sharif gave him the responsibility of managing the business instead. Hussain was now the head merely of Jati Umra’s Sharif Medical and Educational Complex. This decision created bad blood between the two cousins -- the competitive urge and jealousy never allowed them to work together.

Despite the differences and the rivalry between the younger lot, the family elders remained united. The patriarch, Mian Muhammad Sharif, formally nominated his eldest son, Nawaz Sharif, as head of the family before his death. The family assets were distributed between the Sharif brothers during their exile in Jeddah. Malik Qayyum, the former Lahore High Court, judge was the arbitrator during the division of the jointly held assets. Shahbaz wanted a greater share in assets within Pakistan while Nawaz Sharif preferred a greater share in assets outside Pakistan. It is rumoured that Shahbaz Sharif had reservations about the division of assets in foreign exchange among the family. It is said that he had the feeling that he had received less than his due share of foreign exchange.

After returning from Saudi Arabia to Pakistan, the family agreed broadly that Hussain and Hassan will do business abroad, and only Hamza, Shahbaz Sharif’s son, will take part in politics as an understudy to Nawaz and Shahbaz. Mian Nawaz Sharif openly called Hamza his successor in politics.

However, once Nawaz Sharif became the PM for the third time, the rift between the Nawaz and the Shahbaz family widened. It widened further during the proceedings of Panama Case. Shahbaz and Hamza didn’t take the lead in defending Nawaz and his family during the crisis that ensued. When they did offer some support, it was lukewarm. Meanwhile, Begum Kulsoom Nawaz had been training Maryam in politics and encouraging her to be a close political associate to her father in the testing times. Begum Kulsoom had struck the proverbial iron when it was hot: Maryam easily replaced Hamza, at least in the eyes of her father.

However, she couldn’t eclipse her uncle, Shahbaz Sharif, because Nawaz still valued his advice. He also implied in off-the-record remarks made in the presence of reporters that their varying styles and rhetoric were deliberate, coordinated and frequently successful. The two brothers appear to be holding different views and talking to different sides - sometimes perhaps in view of the big picture; but in the end, in the name of family and common interest, they end up on the same page. In all political decisions, Nawaz has had an upper hand but he gives a lot of weight to Shahbaz’s information and tries to take him along. Shahbaz disagrees with him on many things but has never rebelled. This has been the pattern in the past. It will likely remain a good predictor for the future unless some misunderstanding breaks the trust between the two. The outcome of their differences will most probably be a resolution of the issues. Their supreme common interest is the survival and success of the family. This will keep them united despite minor differences of strategy from time to time.