The make or break march 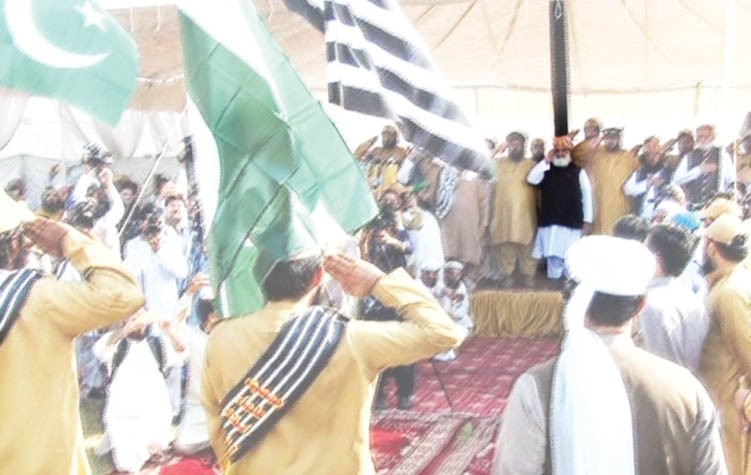 Though the federal capital is the battleground designated by Maulana Fazlur Rahman for his march on Islamabad, Khyber Pakhtunkhwa would play a decisive role in making it a success or failure.

The Jamiat Ulema-i-Islam-Fazl (JUI-F), which has been led by Fazlur Rahman for as long as one can remember, has most of its supporters in Khyber Pakhtunkhwa (KP). The party leadership is hoping it would be able to mobilise most of its workers from the province to take part in the march to Islamabad, which isn’t far away. It obviously would be difficult for the JUI-F to bring its supporters in large numbers from faraway Balochistan, where it enjoys considerable support mostly in Pashtun-populated northern districts of the province, or from Sindh and Punjab where it doesn’t have the same degree of support.

So KP could make or break the march as the Maulana embarks on his controversial journey in the hope of ousting Prime Minister Imran Khan’s government just 14 months after it came into power following the July 2018 general election.

The name of Ansarul Islam, the baton-carrying volunteers of the JUI-F, trained to perform security duties at party gatherings, figured prominently when Fazlur Rahman attended its salute-taking ceremony in Peshawar. It was obvious that the volunteers, most of them bearded and wearing yellow shalwar kamees uniforms all came from KP.

The event generated controversy when a video of it went viral and many commentators started arguing excitedly that these men with batons would lead the charge on Islamabad. People read different meanings into the event as some claimed that the volunteers had been trained to fight and resist any police action in case the JUI-F marchers were stopped from entering Islamabad. As the name, Ansarul Islam, given to this volunteer force isn’t widely known it caused confusion as some people equated it with an armed groups fighting the state.

The Pakistan Tehreek-i-Insaf (PTI) leaders strongly objected to the display and called it an illegal and provocative move. KP Information Minister Shaukat Ali Yousafzai went on to call it a violation of Article 256 of the Constitution which prohibits formation of private armies and warned of legal action against the JUI-F members in uniforms and carrying batons as it amounts to challenging the writ of the state. He also mentioned the spirit of the National Action Plan. This and other PTI statements prompted Fazlur Rahman to warn that they were provoking the JUI-F members intending to take part in the march.

Earlier, Chief Minister Mahmood Khan, who belongs to the PTI, had got into a verbal duel with JUI-F’s former Chief Minister Akram Khan Durrani when he warned that nobody would be allowed to leave the KP for marching on Islamabad. Durrani, who is also a former federal minister and presently an MNA, rebuked Mahmood Khan for using threatening language and declared that the chief minister and other PTI leaders won’t even be allowed out of their homes.

In Fata, which the JUI-F claimed as its biggest stronghold, the PTI did better in the elections. Given the two parties’ support base and vote-bank in KP, they have now become the biggest rivals.

Fazlur Rahman also joined the chorus of condemnation of Mahmood Khan’s remarks and dared him and the PTI government to stop the marchers who he said would be peaceful and not give the rulers an excuse to take any action against them.

It was clear that the political temperature is rising as the countdown to the march, scheduled to reach Islamabad on October 31, began. The march-related activities would start in earnest on October 27. Rallies would be staged in a number of cities all over the country to mobilise JUI-F workers and those from the allied parties.

The JUI-F has earlier held so-called ‘million marches’ in several cities in preparation for long march on Islamabad. The party was unable to bring a million persons to any of these marches. This could mean that it won’t be possible to bring 1.5 million or 2.5 million participants to Islamabad as JUI-F leaders are claiming.

Politicians are used to making exaggerated claims about the number of participants in their public meetings and Fazlur Rahman is no exception.

The JUI-F is Pakistan’s biggest religio-political party. It has consistently performed well in electoral politics in KP and Balochistan and has remained part of coalition provincial governments in the two under-developed provinces. Its best performance, together with five other Islamic parties, including the second biggest, Jamaat-i-Islami, was in the 2002 general election when they contested from the Muttahida Majlis-i-Amal (MMA) platform and obtained 11 percent of the vote countrywide. The MMA formed the provincial government in KP, became part of the coalition government in Balochistan and dominated the opposition to military ruler General Pervez Musharraf’s ‘king’s party’, the Pakistan Muslim League-Quaid (PML-Q). The breakup of the MMA led to a decline in the JUI-F vote-bank, though it still did well compared with other religio-political parties.

Perhaps one of its poorest electoral performances was in the 2018 general election when Fazlur Rahman and many other party stalwarts lost their seats. The winners in these constituencies mostly belonged to the PTI. The JUI-F leadership blamed the ‘establishment’ for ensuring Imran Khan’s victory. Since that loss, Fazlur Rahman has been on a mission to bring together all the opposition parties to challenge the PTI government. If he had his way, his protest campaign would have begun soon after the July 2018 polls. The delay was caused by the reluctance of major opposition parties, such as the PML-N and PPP, to join the movement aimed at toppling Prime Minister Imran Khan under the Maulana’s leadership.

The JUI-F’s loss in the KP has been PTI’s gain. The latter has become the biggest political party in the province after winning both the 2013 and 2018 general elections. The JUI-F was hoping in both the elections to form the provincial government and the outcome shocked its leadership. Even in Fata, which the JUI-F claimed as its biggest stronghold, the PTI did better in the elections. Given the two parties’ support base and vote-bank in the KP, they have now become the biggest rivals.

Add to it Fazlur Rahman’s almost pathological hatred for Imran Khan and we have a situation in which the PTI and JUI-F are often at loggerheads in KP as they compete for power. Certain PTI leaders have been unwisely calling Fazlur Rahman names. Fazlur Rahman was bound to react one day. His way of revenge is to try and paralyse the PTI government by marching on Islamabad. From his uncompromising statements, one gets a feeling that he is in no mood to make compromises at this stage. His reaction to the formation of a PTI committee led by Defence Minister Pervez Khattak to negotiate with him was to demand resignation of the government before taking up other matters.

The make or break march