Why would anybody mourn a policeman? 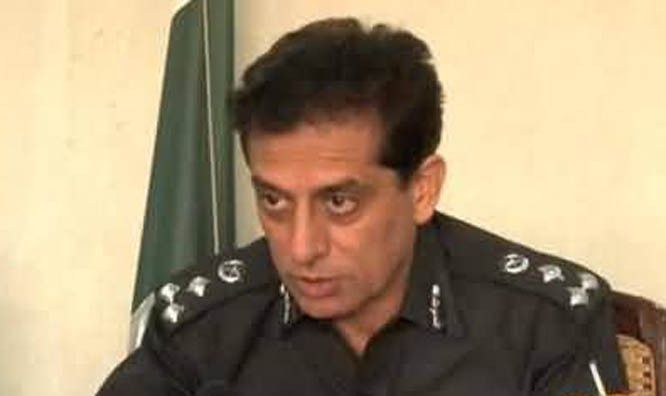 The death of a 54-year old, former Karachi police chief should have gone largely unnoticed had that officer not been Shahid Hayat Khan. After all, why would one mourn a policeman? Surely they are the species everybody loves to hate?

The reason Shahid Hayat is widely mourned is not just because of his association with a number of high-profile cases but also because he was able to make such an impression on so many people due to his optimistic personality and his professionalism, integrity and courage. One of his batchmates (Azeem Arshad) articulated the view of many of his colleagues when he wrote "you were the best, the bravest and the smartest amongst us." He also praised Hayat’s appreciation of the gift that was life, "You lived the life of a lion - a life full of adventure and acts of bravery and gallantry - and you enjoyed it to the fullest." Hayat’s friends speak of his loyalty and valour, and his squad and members of the force he commanded, speak of his ‘basic decency’ and his respect for the uniform and the principles of the service.

Of all the high-profile cases Shahid Hayat was associated with, the most sensational - and tragic - was the incident in September 1996 which resulted in the death of the brother of the then prime minister, Benazir Bhutto. Mir Murtaza Bhutto was, at the time, an elected member of the Sindh Provincial Assembly and leader of his own faction of the Peoples Party (Shaheed Bhutto Group). Hayat was one of two policemen who sustained a bullet wound in the shootout outside the Bhutto residence in Clifton. Although the circumstances of that incident were reported and documented by reporters, photographers and investigators immediately after the incident, the facts now seem to have been lost in the mist of time and a haze of obfuscation, and political malice has perhaps wiped out many inconvenient details.

What is accepted though is that Murtaza Bhutto, who had received several bullet wounds, was taken to the nearby Mideast Hospital (long since demolished and now the site of Ocean Mall). He was pronounced dead there and that is where the prime minister, his sister, came when she flew in from Islamabad in a distraught state. (It was a tragedy for that family because Murtaza Bhutto’s children were aged just 14 and 6 at the time, and the death served to not just further divide the Bhutto clan but also to topple Benazir Bhutto’s government).

Following the overthrow of Benazir’s government soon after this incident, rumours and disinformation turned this case into something many commentators have called a witch hunt. Shahid Hayat was one of the 18 police officials sent to jail as the prosecution dragged on. What is perhaps remarkable is how Shahid Hayat, a junior officer, survived this difficult period with a degree of forbearance; one friend recalls how helpful he was to them following the death of their parent "he was really there for me…. and all the while he was being arrested".  Friends recall how his optimism was ‘always surprising’.

Despite the immense pressures involved in working on these cases and the fallout of the Murtaza Bhutto incident, Hayat managed to retain equilibrium. It was probably mainly his courage and his commitment to the principles that kept him grounded. It is perhaps surprising that he remained in Sindh rather than return to somewhere in his native Khyber Pakhtunkhwa or to Punjab (he had lived and studied in Lahore for many years), but in retrospect he was probably best suited to Karachi - despite its many problems the city’s cosmopolitan world view and its essential spirit of tolerance matched Hayat’s own outlook well.

Police officers are never going to be Mr Popularity: their work is not about PR – it is about dealing with the nastiest excesses in society, it’s about fighting against the most evil and depraved minds and about learning of the most appalling cruelty that human beings can inflict on one another. There’ll always be somebody who hates a cop - in fact, most people do hate cops -so no doubt somebody, somewhere will not be mourning the passing of this police official.

But for many who knew Shahid Hayat  - whether as friends or relatives or as part of the extended police family or as members of the public or as people working in other professions - this is a painful loss and they are left feeling deeply bereaved. He lived courageously but this last, terrible battle – against a ravaging illness – was one where valour and optimism were never going to be enough.

Rest in peace Shahid Hayat Khan PSP: an officer and a gentleman.