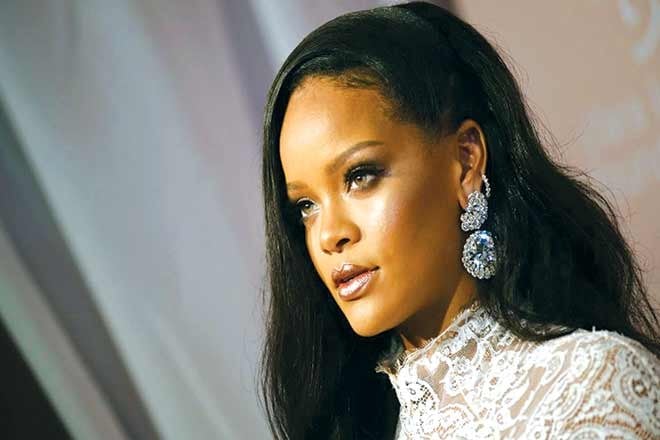 Rihanna doesn’t do many interviews these days, but she didn’t hold back in her new cover story with Vogue, where the singer and entrepreneur talks about President Trump, her new album and why, even though her mentor Jay-Z has pacted with the NFL, she’d never headline the Super Bowl.

Rihanna has been outspoken in her support of players like Colin Kaepernick, who has essentially been drummed out of the league for kneeling during the National Anthem as a symbol of protest over police brutality and racial inequality.

"I couldn’t dare do that," she said of performing at the Super Bowl. "For what? Who gains from that? Not my people. I just couldn’t be a sell-out. I couldn’t be an enabler. There’s things within that organization that I do not agree with at all, and I was not about to go and be of service to them in any way."

She went in even harder when the topic of President Trump was raised, criticizing his responses to the El Paso and Dayton mass shootings earlier this year. While Trump called the shootings an act of "cowardice," Rihanna tweeted that he should have labelled them "terrorism" instead.

"It is devastating," said Rihanna. "People are being murdered by war weapons that they legally purchase. This is just not normal. That should never, ever be normal. And the fact that it’s classified as something different because of the color of their skin? It’s a slap in the face. It’s completely racist. Put an Arab man with that same weapon in that same Walmart and there is no way that Trump would sit there and address it publicly as a mental health problem.

"The most mentally ill human being in America right now seems to be the president," she concluded.

The Barbados-native also discussed her inspiration for her next album, telling Vogue that "reggae always feels right to [her.] It’s in [her] blood."

"I like to look at it as a reggae-inspired or reggae-infused album," said Rihanna. "It’s not gonna be typical of what you know as reggae. But you’re going to feel the elements in all of the tracks.

"It doesn’t matter how far or long removed I am from that culture, or my environment that I grew up in," she continued. "It never leaves. It’s always the same high. Even though I’ve explored other genres of music, it was time to go back to something that I haven’t really homed in on completely for a body of work."

Rihanna is staying busy in other areas as well. She recently took her Savage x Fenty line to New York Fashion Week, which turned into an Amazon documentary featuring runway models such as Cara Delevingne, Laverne Cox, Normani, Bella and Gigi Hadid, and 21 Savage; she also held her annual Diamond Ball charity event, which was headlined by Pharrell Williams (whom she briefly joined onstage for a verse) and DJ Khaled. Rihanna is also releasing a self-titled "visual autobiography" retailing for $150 on Oct. 24. The photos will cover her childhood in Barbados through present day.