Turkish action in Syria, what next?

How will the Syrian government and its allies, such as Iran and Russia, react to Turkey’s action? 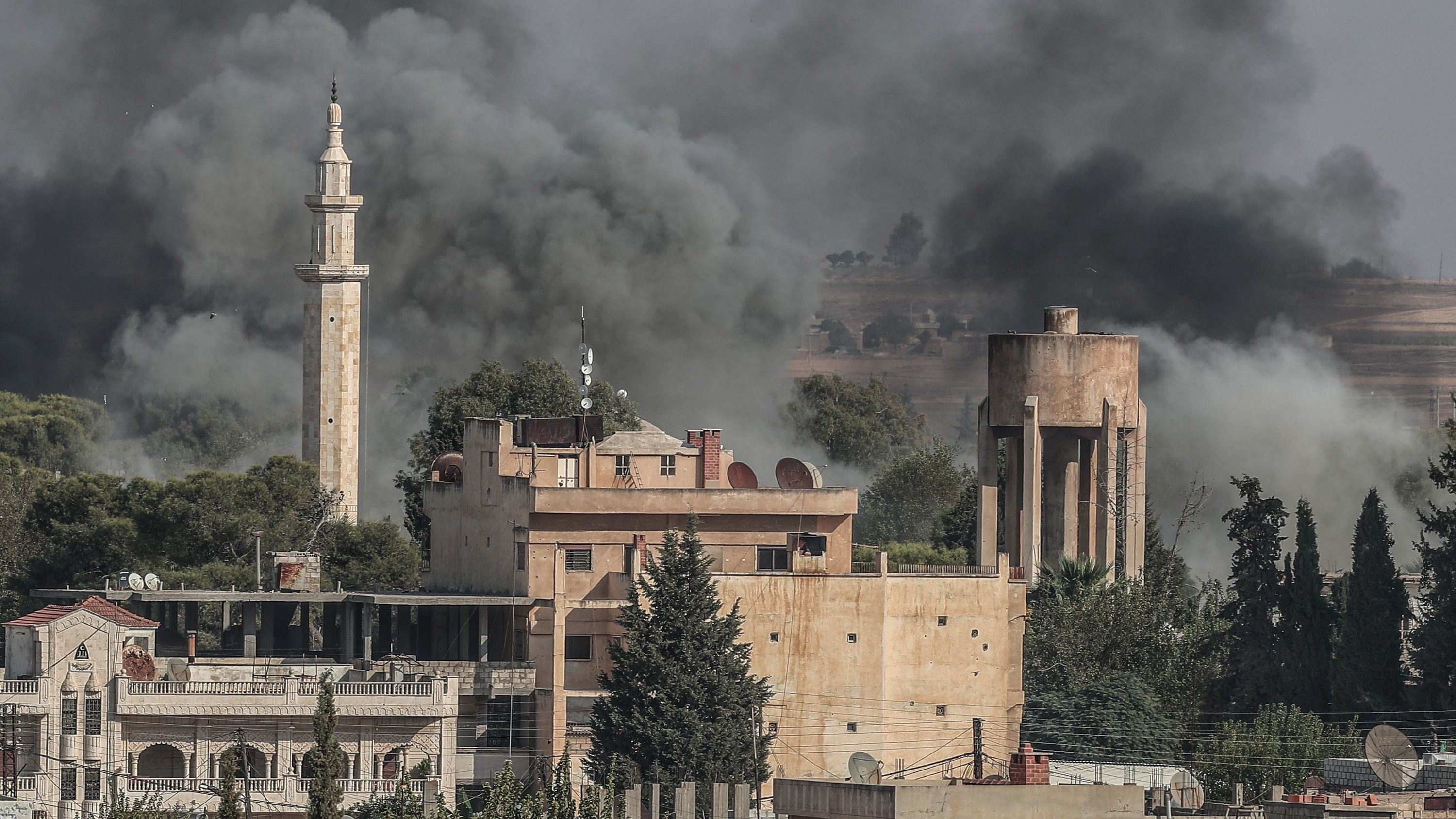 On October 7, the US finally agreed to allow a Turkish military action in the northeastern region of Syria. According to an announcement from the White House, the US will not hinder or object to an intervention by the Turkish army in that area.

The Turkish President, Tayyip Erdogan, has for the past many months been threatening action against the Kurd militants in Syria. These militants are known as YPG which stands for People’s Protection Units. They claim to defend the Kurdish population against foreign incursions.

Most of these militants are based in Syria and form a part of the Syrian Democratic Forces (SDF). These forces are a section of an alliance that is involved in the civil war in Syria. They include fighters mostly from Arab, Kurd and Syrian population with some elements from Armenian, Turkmen, and Chechen groups.

The YPG was formed in 2004 as an armed wing of the leftist Democratic Union Party (DUP) which had been working in northern Syria since 2003. With substantial American support, the YPG has been fighting against the Islamic State (IS) militants in Syria.

Perhaps that is the reason the US was opposed to any Turkish action against them. But now the US says that Turkey has promised to take responsibility of the prisoners belonging to the IS. These detainees have been arrested during the past two years. It has once again become clear that President Trump is highly unpredictable and fickle and you cannot trust any of his promises as he is prone to taking U-turns, just like his friends Imran and Modi do. They tend to take a volte face sooner or later and befuddle friends and foes alike.

Just a couple of months ago, President Trump had threatened that if Turkey attacked the Kurdish forces after the withdrawal of the US troops, the US would cripple the Turkish economy. However, in the latest announcement from the White House, there is no mention of Kurds. The US has also clarified that its forces would not participate in any action taken by Turkey because the US has already defeated the IS and there was no need for any American intervention there. It is pertinent to recall that Russia and Syria had played an important role in the IS defeat but the US takes pride in doing so.

Interestingly, the ranks of the IS militants also included fighters from countries like France and Germany and over 2,000 such militants were arrested. Now the European countries are reluctant to accept them back whereas the US has been calling for their repatriation to Europe. One wonders why the US is so keen on their return to Europe. Turkey has been calling for the establishment of a buffer zone in northern Syria so that over two million Syrian refugees in Turkey can be settled in the safe region. Turkey claims that it has between three and four million Syrians in the refugee camps on the Turkish-Syrian border.

Just a month ago, Turkey had warned the European Union about a possible influx of the Syrian refugees into Europe, if Turkey was not supported to establish the proposed buffer zone.

Earlier, President Erdogan had tried in August to establish such a buffer zone but at that time Turkey did not have American approval for such a plan. The Turkish YPG is slightly different from the Syrian Kurds in the sense that it is considered a branch of the Kurdistan Workers Party (PKK). Turkey alleges that the YPG supports the PKK which is an ultra-leftist political outfit active in both Iraq and Turkey and has been fighting for the past 35 years against the Turkish state. Initially, the PKK had demanded the separation of the Kurd areas from Turkey to establish an independent Kurdish state.

During the past five years or so, after a temporary truce, the PKK has altered its stance and has been demanding an autonomous region within Turkey. Apparently, the new Iraqi constitution that was developed after the American invasion of Iraq, has given tremendous autonomy to the Iraqi Kurd region, and this has encouraged the Kurds in other countries -- especially in Syria and Turkey -- to demand similar autonomy. Turkey has already undertaken military action in Syria twice: in 2016 it intervened against the IS and then in 2018 against the YPG.

Just a month ago, Turkey had warned the European Union about a possible influx of the Syrian refugees into Europe, if Turkey was not supported to establish the proposed buffer zone. Turkey could lift restrictions on the Syrian refugees and allow them to proceed to Europe, triggering a refugee crisis the like of which Europe had experienced earlier. The Turkish president wants to achieve at least two objectives from his impending military action in Syria: first, he has been trying to repatriate as many Syrian refugees as possible. This will be done along the 450 kilometres-long border.

For this purpose, Turkey plans to enter as far as 40 kilometres into Syria, ostensibly to build houses for the refugees. The second objective is to prevent the movement for Kurdish autonomy in Turkey to get any support from the Kurds in Syria. Obviously, once the Turkish army is camped nearly 40 kilometres inside Syria, they will be keeping a close watch on the movement of the Kurds and impose restrictions if needed. The Syrian Kurds worry that Turkey will use the buffer zone to settle many people who don’t belong to that region.

That is the pretext on which the Kurdish forces in Syria are opposing this plan. Turkey has also proposed that the Turkish and American forces should jointly patrol the buffer zone because there is an expected influx of more refugees from Idlib region. These refugees may march to Turkey adding to the already millions of refugees there. The Russian and Syrian forces have been targeting rebels and jihadi elements in Idlib who in many cases were supported by Turkey itself. According to an agreement with the EU signed in 2016, Turkey had agreed to prevent the Syrian refugees from proceeding to Europe.

In return, the EU had promised to pay six billion euros to Turkey. Now, after three years President Erdogan complains that the EU has paid just three billion euros. The EU claims to have paid over five billion. The latest situation reports show that the northeastern region in Syria is almost entirely controlled by the Kurds; the central, southern, and western parts of Syria are controlled by the official armies of the Syrian President Bashar el-Assad based in Damascus. The northwestern region, bordering Turkey, is controlled by the Turkish-supported Syrian rebels with some Turkish soldiers to help them. It remains to be seen how the Syrian government and its allies, such as Iran and Russia react to this development.

Turkish action in Syria, what next?