Kahani Sunao screened documentary films at KC, with a mission to promote "narrative and perception development for peace and interfaith harmony" 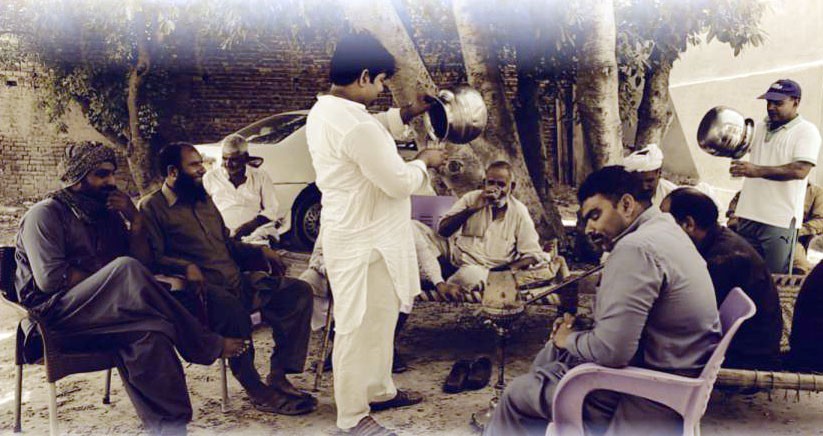 There can be many ways in which you can convey a simple message -- through your writings, or videos, or social media etc. Kahani Sunao (Tell a Story), a project of Faiz Resource Foundation (FRF), held recently at Kinnaird College, Lahore, sought "narrative and perception development for peace and interfaith harmony" through the medium of documentary films.

A non-profit youth-led media organisation, FRF was launched in 2016. It initially offered an eight-month fellowship on Android/iOS based digital storytelling to universities. Its stated mission is to effect a change through the said mediums. It encourages social entrepreneurship through films, social media, and smartphone technology, using traditional cameras to create inexpensive but impactful videos.

Kahani Sunao showcased five documentaries, each carrying a strong message of peace, harmony, and resilience. The programme commenced with recitations from the Holy Quran as well as the Bible. The first documentary, titled A Skill Generator, made by a group of students, spotlighted the work of Shahzad Harrison, a local Christian, and an entrepreneur who regards the people of his community as "economically, less privileged." It’s a realisation that he says forced him to teach people the skill of creating artwork with recycled materials so they could earn a decent living. Today, their work is not only sold in local markets but also exported abroad.

A Village of Harmony talked about a small village, named Bhattiyanwala, near Muridke, on Sheikhupura Road, where Shia and Sunni communities are known to have co-existed happily for over 400 years. The documentary showed how people offer their prayers in the same mosque, celebrate and mourn together on each other’s religious occasions, and do not discriminate on the basis of sect. It’s a refreshing tale, especially given the times when the country is faced with a growing intolerance.

As we talk about peace, we cannot ignore war -- the one on terrorism that Pakistan has been fighting for more than two decades, and which is said to have cost us over 70,000 lives. There are those who have borne the pain of their loved ones lost, and those who found creative ways to secure peace of mind. The documentary, titled A Journey of Resilience, is about Ahmed Shah, a young man from Parachinar, in Khyber-Pakhtunkhawa, who graduated from National College of Arts, Lahore. Shah, who is also the narrator, talks about how his father was killed by the Taliban because he had tried to save schools for the children in the area. Shah who is running a project called Education through Art, says he is trying to fulfil his father’s mission.

The last video screened at the event turned out to be the most unexpected one. Titled The Lost Brotherhood, it showcases the life of Bhai Naeem Tahir Lal, said to be the "18th-generation descendent of Bhai Mardana Ji, a close companion of Guru Nanak, the founder of Sikh religion." He owns a small cloth business in Lahore, plays Kirtan in a gurdwara every Sunday, with his friends. It’s part of a family tradition that he is keeping alive.

The event wound up with a panel discussion by journalist Shafiq Ahmed, civil society member Ayra Inderyas, and academic Syed Aizaz Bukhari who shared their thoughts on how the documentaries are a way to promote peace and tolerance in the society, which is lacking right now.

Naveed Hameed, the founder of Kahani Sunao, also addressed the audience. He said, "Cellphones are a very powerful device to convey your message within minutes. If you create a digital story with a good storyline, you can spread it to thousands of people on the internet… All you need to know is the right method."

Initiatives like Kahani Sunao not only inspire the youth to create a meaningful dialogue through the said media, they also connect the youth with other communities. As one participant in the FRF fellowship programme said, she had never met anyone from the Hindu community before. "Through FRF I got the opportunity to interact with the people of other communities and understand and befriend them."