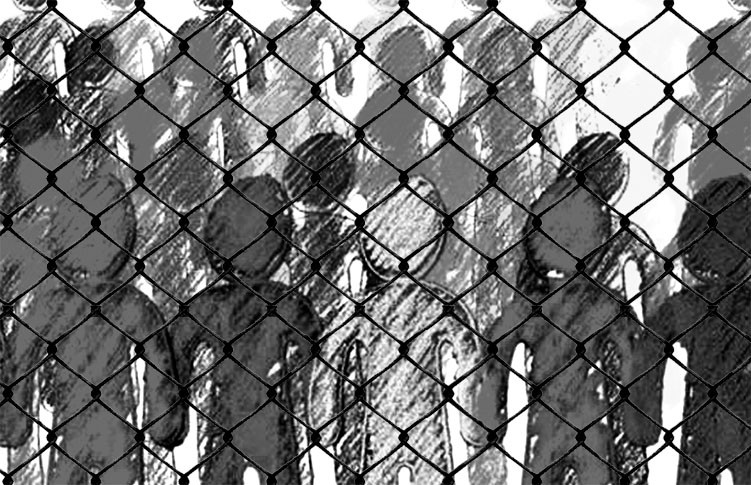 The Constitution of Pakistan guarantees freedom of religion (Article 20) which according to a former chief justice, (Justice Tassaduq Hussain Jillani) can be construed to include freedoms of conscience, thought, expression, belief and faith. Within 18 months of the enactment of the Constitution in 1973, the same parliament, which had guaranteed the freedom to profess, practice and propagate one’s religion, included in the constitution a definition of "Muslim". Within a decade, General Ziaul Haq had issued decrees which made it impossible for Ahmadis and other minorities to enjoy the constitutionally guaranteed fundamental freedom of religion. Being not wholly content with the definition of "Muslim", Gen Zia incorporated in the constitution the meaning of being "non-Muslim", thus perfecting the art of "otherisation". Zia introduced several other measures which he and his coterie of supporters including certain religious groups declared were needed to make Pakistan a truly Islamic state. The measures included setting up of the Federal Shariat Court and ‘Islamisation’ of laws and educational curricula to discriminate between Muslims and non-Muslims.

Zia left us in 1988 but Pakistan has never looked back. The majority community i.e. Muslims have been following an increasingly narrow version of Islam. The seeds of exclusivism, intolerance and a violent belief system have led to a situation where one cannot question the changes made to the laws and constitution by Zia and, equally importantly, the Objectives Resolution and the religious basis of the state, without putting one’s life or limb at risk. The wars in Afghanistan and the Pakistani state’s policies have created violent social forces which do not tolerate a worldview different from theirs. Use of violence against the "others" is the norm of the day. Attacks on Ahmadis, Christians, and Hindus in their places of prayer have increased multiple times over the last decade. It won’t be unfair to state that no political party can independently take any step to reform the system. The violence led by the TLP around the amended election laws is an example to substantiate this contention. Attacks on religious minorities across Pakistan, including attacks on Hindus in the province of Sindh amidst allegations of forced conversions of Hindu women, rising accusations of blasphemy for off and online speech without a constructive reaction from the various governments, only strengthens the view that no government or political party has the will and the capacity to stop persecution of minorities and protect and promote freedoms of religion, belief, conscience, and expression. Religious minorities are under ever increasing pressure to distance themselves from foreign forces seen to be working against Islam or, better still, leave Pakistan. If you follow the social media and the Urdu news media it would appear that a lot of Pakistani Muslims honestly believe that Hindu citizens are part of some Indian conspiracy against Pakistan. Similarly, Christians are accused of being part of a western conspiracy. Aasia Bibi’s acquittal in October 2018 by the Supreme Court of Pakistan after a decade-long incarceration can only be analysed in this context. It was in this context and for these reasons that the Tehreek-e-Labbaik could place half the country on lockdown for weeks just because they wanted the apex court to withdraw its verdict.

Discrimination against religious minorities has accompanied, as should be predictable, intolerance for all kinds of dissent and difference. Resultantly, freedom of speech, without which there can be no freedom of belief, has been curtailed. The civil military imbalance, to put it mildly, is part of the problem, not solution.

The seeds of exclusivism, intolerance and a violent belief system have led to a situation where one cannot question the changes made to the laws and constitution by Zia and the Objectives Resolution without putting one’s life or limb at risk.

Today the nature of the state and society is such that it is difficult to imagine a tolerant and non-violent Pakistan. It may reasonably be argued that the foundation for discrimination and violence against religious minorities can be found in the Objectives Resolution of 1949. The resolution laid down the outline for the future constitution of Pakistan. It distinguished between Muslim citizens having full rights and non-Muslims enjoying the protection promised to them by the Constitution. It was in clear violation of the standard set by Quaid-i-Azam in his address before the Constituent Assembly on August 11, 1947. All subsequent constitutions (of 1956, 1962, and 1973) were based on the principle of distinction drawn between Muslim and non-Muslim enshrined in the Objectives Resolution.

It has been argued by historian Ali Usman Qasmi that Pakistan’s constitutional and legal framework is such that it can be described as patronising towards minorities. He recalls that just as in the early Islamic era "Zimmis" were promised certain protections, they remain subject to "Muslim lordship" under the Pakistani constitutional and legal framework. This may be the fundamental contradiction which the Pakistani state has to deal with in order to protect freedom of belief.