"There are announced and unannounced curbs on freedom of association"

Harris Khalique, poet, author, and secretary-general of the Human Rights Commission of Pakistan 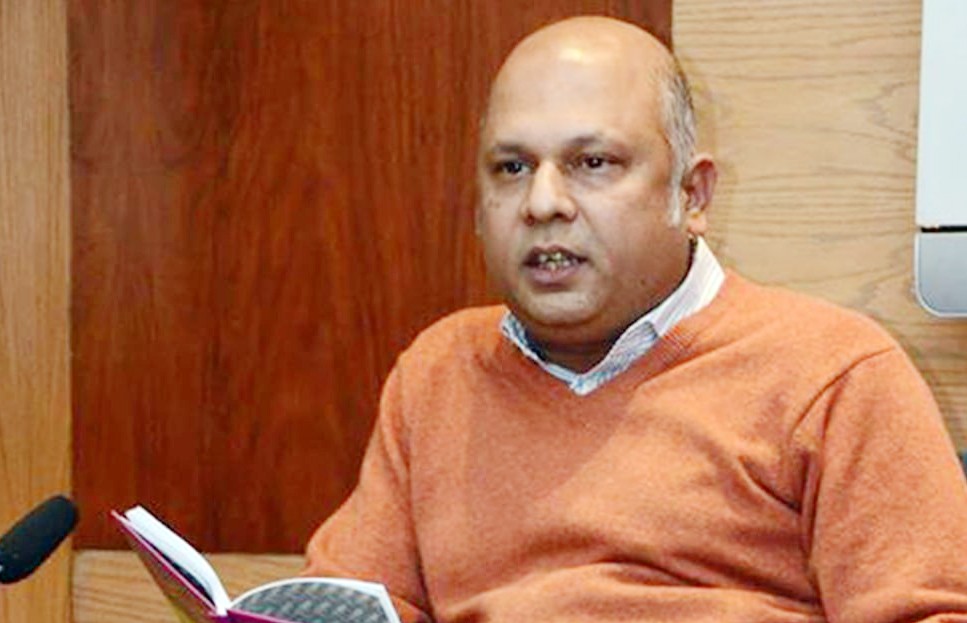 The News on Sunday (TNS): How meaningful is democracy in Pakistan? Do people still feel connected to the democratic system and its political elements or has distrust creeped in?

Harris Khalique (HK): Over the past couple of years Pakistan has moved from being a nascent democracy to a quasi-democracy. People is a broad category. It carries within many classes and ethnicities, factional an d institutional aspirations, divergent opinions and competing interests. Democracy is a negotiation between diverse groups and their concerns to find a collective way and a collective voice. Winston Churchill, perhaps quoting an unknown predecessor of his, famously said: "Democracy is the worst form of government, except for all the others." In my humble view, the process of negotiation on rights and liberties among people leading to shared decisions that govern their lives becomes impossible without a truly democratic dispensation. Therefore, the question we face today is not whether people at large trust democracy but whether the institutions and classes that dominate our economy and polity believe in giving democracy a fair chance. Exceptions may well be there to prove the rule but the affluent-urban-educated-middle-class of Pakistan is inherently undemocratic. As I have said before, they are in a minority and seek managerial quick fixes where political solutions need to be arrived at. This class and its thinking - devoid of a sense of history and politics - holds sway over decision making in the permanent (civil and military) institutions of the state and large segments of media and service sectors.

TNS: In the current environment, how much space is there for political workers and parties? Why is there an impression that political space has been curtailed drastically?

HK: Since most Pakistan Tehreek-i-Insaf supporters have little recollection of the past, they think that the process of accountability insisted upon by their leader is something new in Pakistan. The PTI and its allies are being vindictive and dealing with political opposition the way Gen Ayub Khan did in the 1960s, Z A Bhutto in the 1970s, Gen Ziaul Haq in the 1980s, the PML-N and the PPP in the 1990s, and Gen Pervez Musharraf between 1999 and 2007. We had a relatively better period between 2008 and 2018 as far as political vendetta is concerned, barring the Governor’s Rule imposed by the PPP in the Punjab for a short period and the Memogate scandal pursued by the PML-N against the PPP. Today, it is well-known that if you join the ranks of the PTI, you are saved from the wrath of the accountability drive which is clearly aimed at opposition politicians. Besides, there are announced and unannounced curbs on freedom of association and expression. All of this limits political space. I do hope that better sense prevails. Else we will be in for further chaos.

TNS: There is a lack of effort to ensure continuity of the local government system. What can functional local bodies give to the people and why haven’t they been able to deliver yet?

"The question we face today is not whether people at large trust democracy but whether the institutions and classes dominating our economy and polity believe in giving democracy a fair chance."

HK: Local bodies are essential for people’s participation in decisions that have an immediate effect on the quality of their lives. There is a latent fear among politicians who operate at the provincial and national level that local bodies will not only take away resources that they control but also have a potential to be used against the political process at the provincial and federal level. Since all martial rulers have dismissed elected assemblies and invested in local bodies, the local bodies have had limited legitimacy in political terms. This fear among politicians about local governments can only be allayed if there is a continuity of general elections without interference and development funds for parliamentarians and provincial legislators, something introduced by Gen Ziaul Haq or his handpicked parliament but unfortunately continued by all governments since.

TNS: Are civic issues being adequately addressed by parties in power or has that been largely replaced with attempts to establish political authority by focusing on discrediting political opponents?

HK: Civic issues can only be dealt with and fundamental municipal rights can only be realised if we have functioning and legitimate local governance. Political parties need to understand this. But as I said, this understanding cannot be dissociated from our political past.

HK: Partly yes. It is certainly more blatant than before. But to be fair, Z A Bhutto collaborated with the establishment in 1970, Nawaz Sharif in 1990 and Imran Khan in 2018. The difference is that Khan has serious difficulty in taking along anybody who holds a different opinion. His self-righteousness hinders his political judgment besides his party’s incompetence when it comes to managing the economy.

TNS: How has this situation affected the engagement between political parties and the civil society?

HK: Any political party undergoing repression moves closer to the civil society. Therefore, you find that those in opposition will always reach out to and listen to civil society - particularly rights-based groups and independent media - more than those in power.

A media that surrenders

"The problem with contemporary Pakistani news media is that its substance has been taken away while its form, mostly if not entirely, remains intact. We see more than 35 news television

channels still operating in the country with varying levels of audience reach; we see thousands of newspapers, magazines and periodicals still being printed across Pakistan. We, in fact, see a flurry of new websites for news and views and a rush among many senior and jobless journalists to open their own social media channels. Yes, a few smaller television channels have closed down and many others are struggling to keep their operations going; yes, newspaper circulations are going down everywhere in the country and a few publications have been forced to shut shop; and yes, the audiences accessing news websites and social media platforms of journalists admittedly remain small. But overall news media in Pakistan still employs thousands of people, and involves a business of tens of millions of rupees each day.

Yet, the output of this seemingly vast media scene is both puny and insignificant. Investigative journalism is dead for all intents and purposes. Statement journalism has started reproducing political invective word for word, which sounds funny if not a tragic manifestation of the depths of incivility, vitriol and mudslinging that our politics and our society have plunged into. You hardly ever see a good interview on any news platform and the digital media, too, is struggling to become a source for authentic, verifiable and credible news reporting. If one looks at ten newspapers on a given day; watches ten different news bulletins; listens to ten different talk shows and browses through as many digital media platforms, one finds almost the same content everywhere with a mere variation of tone and packaging. This sort of uniform news media content, in my view, is the result of a successful effort by the powers that be to wipe out differences, dissent and diversity from the Pakistani news-scape. This, however, has not happened in a vacuum. In fact, it is the result of a similar campaign to suppress Pakistan’s ethnic and political diversity, and its religious and sectarian pluralism under the exigencies and imperatives of the state’s ideology and its security considerations.

Also read: The art of otherisation

What we have lost in Pakistani news media due to this sweeping uniformity in its content is its vibrance -- rather exuberance -- and its long history of always checking and challenging the state’s narrative -- often from a pro-people, pro-democracy, pro-civil liberties perspective. Given a choice, I would prefer a news media that sometimes may seem to be excessive over the one that quietly surrenders its very soul to its own tormentor -- that is, the state apparatus."

-- Faisal Bari, Associate Professor of Economics and Education at the Lahore University of Management Sciences (LUMS)

"A professor has been under trial and in jail for the last six and a half years for allegedly committing blasphemy. Another professor was murdered by a student for having views the student did not agree with. Students have been lynched for saying things that the majority did not like. Student unions stand banned in many places and student organisations, in general, are discouraged. University administrations are trying to police social activities of students by restricting gatherings and out-of-class activities and, in some instances, by policing social media posts of students. Agencies keep a close eye on seminars and conferences in universities and sometimes even force universities to cancel advertised events.

The space for dissent has always been quite problematic in Pakistan. It has always been contested and for most of our history it has been quite limited. But a number of things feel different now. First, the methods for suppressing and/or discrediting dissenting voices have become more sophisticated. Second, the suppression is not only coming from the state but also from organised non-state actors and their supporters. And in some cases and on some issues, the state and institutions of justice are powerless in front of these groups. Third, what is considered to be the mainstream has moved to the right and has become a lot narrower as well. What might not have once been considered dissent has become that now. And finally, years of suppression have created significant self-censorship mechanisms in people. This is true of university teachers as well."

"There are announced and unannounced curbs on freedom of association"