The rise of the right and deja vu 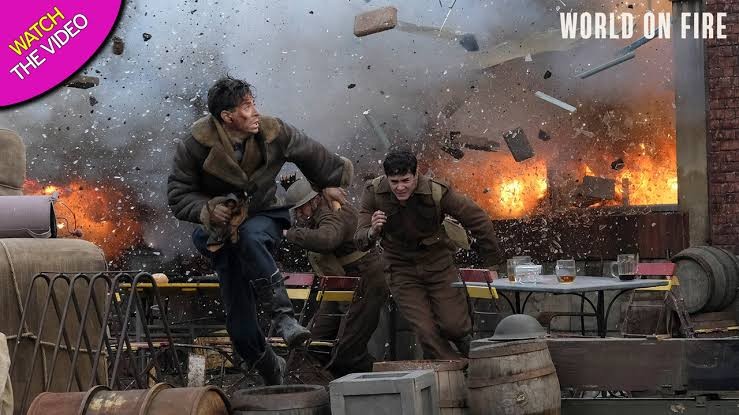 A new British TV drama series sets its characters in the turmoil of the years leading up to, and spanning, the Second World War and  it is one more programme that not just evokes the climate of a time when fascism was on the rise but also feeds into the Brexit debate.  In the very first episode of BBC’s World on Fire, we see pacifists infiltrate a fascist rally in Manchester in order to protest. They are seized by infuriated Mosley supporters, thrown out and beaten up after which the police detain the pacifists as if they were the real offenders. The ambivalence of the police is later taken a step further by another character, the obnoxious and elitist mother of the main male lead, when she declares that she rather admires Oswald Mosley for his ‘clarity.

The parallels are to be easily found in present day British politics where much of the appeal of the Brexit party and Brexit supporting Tories to the electorate derives from their clarity on the issue of what’s best for Britain. They say  that Britain is best out of the European Union because Europe is robbing the UK of its sovereignty and doesn’t let the country make its own decisions. This ‘give us our country back’ tone unleashed a flood of xenophobia and racism in 2016 (the year of the EU referendum) and it has polarised the country. Brexiteers continue to not only cast the EU as villainous and Brussels as despotic, but also to talk of leaving the EU as a sort of liberation, all the while  labelling those who disagree with them as traitors.

It is interesting to see how  many media commentators are trying to assess the parallels between the political climate of today and the rise of fascist power in the 1930s. One of them, Martin Kettle (in the Guardian) wrote about how "the political landscapes of Brexit Britain and Weimar Germany are scarily similar." The late Liberal Democrat leader Paddy Ashdown pointed out the same thing saying he was struck "by the similarities between what happened in the buildup to to World War II and the age in which we now live. Then, as now, nationalism and protectionism were on the rise and democracies were seen to have failed, people hungered for the government of strong men; those who suffered most from the pain of economic collapse felt alienated and turned towards simplistic solutions and strident voices… ‘fake news’ …. carried more weight than rational arguments and provable facts."

Of course some political commentators disagree with these parallels but more and more similarities seem to become evident with each passing day and what is interesting to see is how this is reflected on TV in areas other than News and Current Affairs. World on Fire is not the only recent drama production to evoke the period: Mosley and the Fascists keep cropping up in various dramas, even featuring in the recent TV adaptation of Agatha Christie’ s The ABC Murders and the popular series Peaky Blinders. Meanwhile, the History channel continues to show endless reruns about the rise of the Third Reich and the mood of that time.

The decline of liberal democracy and the appetite for strong leaders with nationalist and xenophobic political narratives is, of course, evident in countries other than Britain. It is particularly ironic that the European Union was conceived mainly as a peace project after the two terrible wars of the last century.

Peace no longer seems to be much of a consideration. At least in this climate World on Fire reminds us of the horrors of war as well as the existence of a pacifist movement.

The rise of the right and deja vu