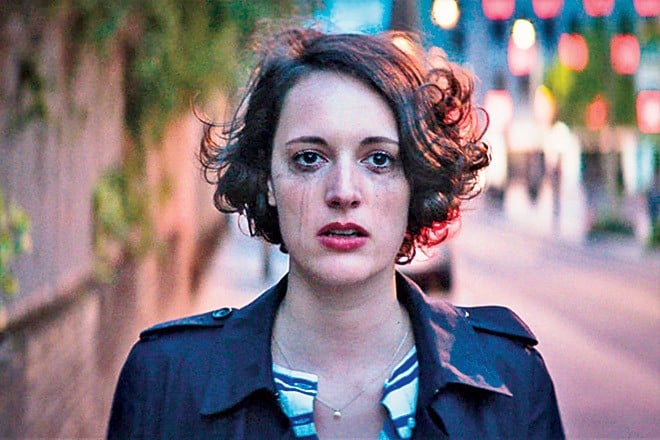 The relationship between women and mental health is so often exploited in film and on TV, portrayed inaccurately and amped up for drama rather than taking the time to fully examine what the character is going through. Although there are a lot of shows that have gotten it wrong -- oh so very, very wrong -- now is the time to celebrate the ones that have gotten it right.

From the titular character in Jessica Jones to Black-ish‘s Rainbow, I teamed up with my colleague Britt Stephens to highlight the female characters who are currently changing the way mental illness is portrayed on screen. See all our picks ahead!

Actress, playwright, and writer Phoebe Waller-Bridge stars in this hilarious dark comedy about a flawed, angry woman (never referred to by name) living in London who is coming to terms with the recent death of her friend, all while handling depression, her dating life, a failing business, a snobby (but endearing) Type A sister, and a psychotic stepmother. Does that sound like a downer? Alright. It’s a little bit of a downer, sometimes, but that’s the beauty of Fleabag.

After losing both her mother and her best friend, Fleabag spends much of the first season trying to use her quirky bravado and sarcasm as a shield and distracts herself with sex. The main character is struggling to deal with an immense amount of grief, depression, and guilt, which the show tackles with a deft hand. The series is relatable in many ways throughout, but it’s the last episode, after Fleabag finally falls apart and contemplates stepping out in front of traffic, that gutted me. Her tearful conversation with the bank manager gives her a chance to be honest with herself for once, and he convinces her that it’s OK to make mistakes. It’s a brilliant, cathartic moment.

A subject that isn’t discussed publicly nearly enough is that of postpartum depression, which affects up to 20 per cent of new moms. In Black-ish‘s fourth season, after welcoming a new baby, we see the typically bubbly, quirky Rainbow "Bow" Johnson (Tracee Ellis Ross) fighting (and failing) to connect with her old self. Suddenly she finds herself exhausted, dealing with emotional pain, and flooded with ennui. Black mothers already have a much higher risk of dying during pregnancy and childbirth, especially in America, which makes Bow’s struggle all the more resonant.

"Do you think this is easy for me?" Bow asks her mother-in-law, Ruby (Jenifer Lewis), at one point when she finally breaks down. "Motherhood is the most natural thing for a woman. And I’ve had four kids, and somehow, I am struggling right now." Bow goes on to detail her feelings of anxiety because she’s not producing enough milk and the overall sense of embarrassment she feels. Needless to say, it’s an exceptional exchange to see take center stage on a show like Black-ish, which is a mainstream family comedy that reaches a wide range of audiences.

It’s always maddening when people associate animated comedies with being "kid shows," because like BoJack Horseman and Tuca & Bertie, Big Mouth deftly examines serious issues in ways its live-action counterparts couldn’t dream of (or have yet to attempt). Season two in particular spends a lot of time on the subjects of blossoming sexuality, self-esteem issues, and depression in young women.

In the case of the latter, Jessi comes face to face with the Depression Kitty, a fluffy purple character who serves as an anthropomorphized embodiment of depression. From being trapped in bed in the middle of the day to lashing out at loved ones, Jessi goes through a number of familiar stages of depression that were almost uncomfortably relatable for me. Luckily, in the end, she’s able to recognize what she’s going through with some help and voices her desire to see a therapist.

Since, according to the Anxiety and Depression Association of America, "girls are twice as likely to develop mood disorders as boys" and typically experience "persistent sad, anxious or ‘empty’ moods," Jessi is another bold step toward de-stigmatizing mental health for everyone, sure, but especially Big Mouth’s young female viewers.

Nola Darling in She’s Gotta Have It

The scenes between Nola Darling (DeWanda Wise) and her therapist in Netflix’s She’s Gotta Have It give me goosebumps. Along with its excellent depiction of black female sexuality, the series does a fantastic job highlighting the particular hardships that come with being a young black creative. Nola’s life as a struggling artist might have its romantic, envy-inducing moments, but the immense pressure she feels to build a sustainable life while pursuing her passion (not to mention the stress of juggling a handful of lovers) is palpable through the screen.

Like many, it takes a traumatic event for Nola to even consider therapy, and even after being attacked on the street by a catcaller, she visits a psychic, tarot reader, and spiritual cleanser before finally seeking out the help of Dr. Jamison, a soft-spoken yet straight-to-the-point black woman who basically reads Nola like a book. She doesn’t have enough money to pay for her sessions and even offers to give Dr. Jamison a painting instead. This, to me, is a sad but accurate acknowledgment of not just the stigma surrounding mental health in the black community but also the overall lack of affordable mental-health services offered to people of color.

Nola’s tearful therapy sessions are truly emotional to watch, mainly because I feel as if I’m sitting on the couch right next to her. I can’t wait to see the continuation of Nola’s journey in the show’s upcoming second season.

I’m just going to come right out and say it: I think Jessica Jones is the only one of Marvel’s Netflix series to get the whole "gritty superhero" thing right. Jessica endures an ungodly amount of trauma, from seeing her entire family perish in a fiery car wreck (that leads to her gaining superhuman powers, if the guilt wasn’t bad enough) to being repeatedly abused and raped by season one villain Kilgrave. But she still manages to keep her humanity, rather than being forced to suffer silently like so many other "strong" female characters before her.

Jessica Jones is one of the best representations of PTSD that’s ever played out on screen, treating its main character with respect and empathy. She’s also an honest character, who’s allowed to f*** up and be messy and use questionable coping mechanisms along her journey to survival. And, to top it all off, she does it while wearing a killer leather jacket.