The Balochistan government has approved the establishment of Medical Emergency Response Centers (MERC), the first project where a provincial government has set up emergency units 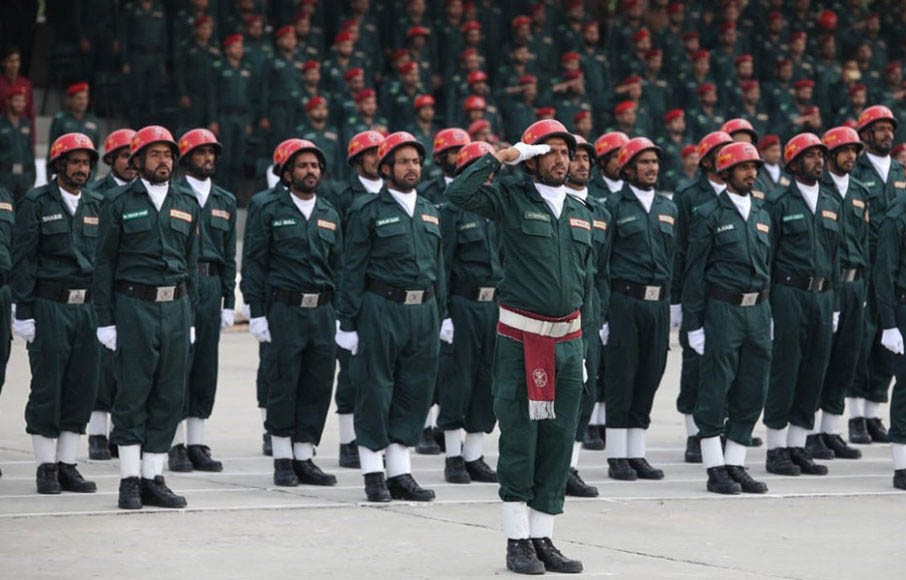 A couple of weeks back, Naimatullah and Jumma Rahim left Zhob for Quetta. They were in a hurry and so their driver tried to overtake a bus near Killa Saifullah. Given the narrow single-lane highway, the vehicle lost its balance and toppled over. There was no way to provide them emergency first aid treatment on the site. After a few hours, they were transported to a nearby hospital in Killa Saifullah. But, it was too late by then; they were pronounced dead on reaching the hospital.

In this context, the government of Balochistan has come up with a solution, which can substantially reduce the loss of life in the aftermath of deadly highway accidents. The Balochistan government has approved the Medical Emergency Response Centers (MERC) project at a cost of Rs 3.41 billion. This will be the first project of its kind in the entire country, where a provincial government has set up emergency units for providing aid to victims of highway accidents.

Under the MERC project 25 emergency centres will be established on 8 highways of Balochistan. These centers will have trained Emergency Medical Technicians (EMTs), two ambulances, a fire brigade, trained paramedical staff and the equipment required for rescuing highway accident victims.

The government of Balochistan has entrusted People’s Primary Healthcare Initiative (PPHI) with the responsibility of running the MERC project. PPHI is a government-funded non-profit company which provides basic healthcare in rural Balochistan.

The first batch of around 100 EMTs and ambulance drivers was trained in Rescue 1122 academy in Lahore. This batch passed out on September 30 in a ceremony, where Chief Minister Jam Kamal was the chief guest. PPHI is planning to launch the rescue services on highways of Balochistan by the end of October.

Aziz Ahmed Jamali is the CEO of PPHI and the director general (DG) of MERC project. He says that initially, the emergency units will be stationed in containers because construction of the buildings to house them takes time.

"In the first phase, we will establish medical units in Uthal, Surab, Wadh, and Mastung because the Quetta-Karachi route is a priority area due to high prevalence of highway accidents," he tells TNS. He adds that all 25 medical units will be made functional once the staff has been trained and the equipment has been procured.

This is an instance where the government of Balochistan has taken the initiative in an area which was supposed to be looked after by the federal government. National Highways are a federal subject and the National Highway Authority (NHA) is responsible for not only developing them but also for ensuring public safety. However, in the case of Balochistan, the NHA has failed to do its job and the provincial government has had to step in under mounting public pressure due to the increasing number of deaths in highway accidents.

The MERC project of the provincial government will be helpful in saving lives after highway accidents. However, preventing accidents on the highway in the first place is outside of the scope of this project. That can only be done if the NHA widens the main highways of Balochistan and converts them into dual carriageways. Currently, all highways in Balochistan are narrow single carriageways with no divider between the lanes.

Given the debate on the highways of Balochistan, earlier this month, Federal Minister for Communications Murad Saeed announced in the parliament that Quetta-Karachi highway would be upgraded into a dual carriageway. This development was received with much fanfare in Balochistan and several political parties came forward to take credit. However, sources within NHA have confided to this scribe, on condition of anonymity, that they are not aware of any plans to upgrade the Quetta-Karachi highway.

With the upgrade of highways nowhere in sight, the provision of emergency medical care seems to be the only short-term measure that can be taken to save lives following highway accidents.

Currently, the PPHI runs like a company, which means that all employees are on contract basis. That is why they have the incentive to work - if they do not work, they will lose their job. The MERC project can only be successful in the long term if it is run in a company mode and employees can be held accountable.

Moreover, as Aziz Jamali concedes, 25 centres are not enough to cover the vast terrain of Balochistan. "Now we have planned an emergency centre after every 100km but it’s too great a distance and we want to reduce it to 50km if we got more resources," he says. He adds that MERC’s future success depends on getting continuous support from the provincial government in addition to generating its own resources.