In the absence of student associations, there is no mechanism for students to negotiate with the university administration. How can the situation be improved? 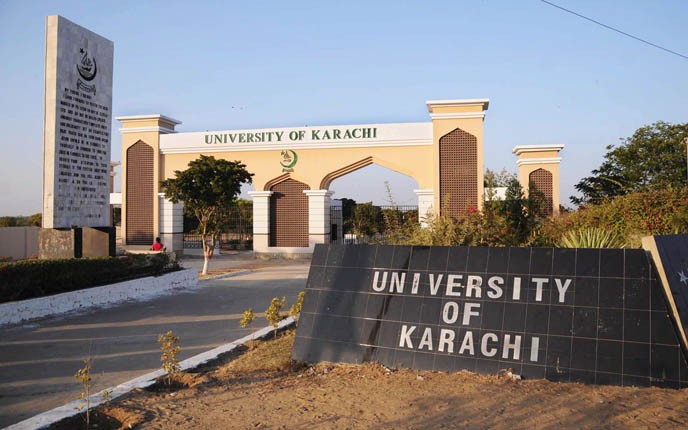 Ever since the establishment of the University of Karachi in the early 1950s, students of Karachi’s higher education institutions have played a proactive role for the protection of students’ rights and for the promotion of democratic values in society.

The students’ movement in 1953 and agitation during the military dictatorship of General Ayub Khan have had a lasting impact on students administration relations. Students’ associations such as the Democratic Students ‘Federation (DSF) and the National Students Federation (DSF) played a vital role in students’ politics.

A dramatic change took place in the 1970s with the advent of Bhutto’s Islamic socialism rhetoric and the appearance of People’s Student Federation (PSF), the student wing of Pakistan Peoples Party (PPP). The overall outlook of student affairs remained liberal and progressive till the late 1970s when General Ziaul Haq and his martial-law machinery promoted and supported a highly conservative and reactionary student association i.e. the Islami Jamiat-i-Talaba (IJT) on campuses across Pakistan, particularly in big Karachi and Lahore. At the University of Karachi, All Pakistan Mohajir Students Organization (APMSO) also emerged in the late 1970s and introduced ethnic dimension to student affairs at a level not seen earlier.

This is not to say that ethnicity did not have a role before 1980s, it did. But the intensity with which it thrust itself on student politics in Karachi was unprecedented. Both the APMSO and the IJT tended to be violent in the assertion of their ideology on campuses. This resulted in harassment, killings and torture of students who did not belong to their narrow ethnicity or religiosity. This led to mass persecution of liberal and progressive activists and leaders. Many of them bore the brunt of violent tactics employed by the APMSO and the IJT in the 1980s.

The military dictatorship oversaw a decline of student politics over the decade. Amidst increasing violence the Rangers were deployed in Karachi and assumed the security control of the campuses. During the past 30 years or so, the presence of Rangers on university campuses has both achievements and failures to its credit.

During the visit by a recent fact-finding mission of the Human Rights Commission of Pakistan (HRCP) to Sindh, this writer met with a number of students and teachers in Karachi who shared their concerns at the current state of affairs at the institutes of higher learning.

At the University of Karachi, the paramilitary force has been deployed for over three decades now. Initially, it was announced that their posting was a temporary measure for the restoration of peace on the campus. In the 1980s all student unions had been banned resulting in increase in violence on campuses. Since that fateful decade of the 1980s, there has been no letup in the presence of security personnel on campuses. In the words of a student at the University of Karachi, the institution "presents the picture of a security garrison" instead of a centre of higher learning.

The security personnel are "visible in nearly every nook and corner of the university." This has led to a persistent feeling of fear among the students and teachers alike. The students report that whenever and wherever they try to hold a meeting, the security personnel intrude and insist that they disperse. Ostensibly, the action is against ethnic politics, but in reality they severely curtail students’ right to freedom of association. Students also reported that the IJT and other religious outfits enjoy a privileged position on the campus as their gatherings and meetings are seldom broken up.

The freedom of association is not only curtailed in terms of ideological and political terms, it is also denied for cultural programmes. The students reported that if they try to arrange a Baloch cultural day or Hindko students’ get-together, members of the religious lobby, especially the IJT, disrupt the gathering and the cultural event is canceled. The teachers and deans are helpless in this regards as they cannot protect students from attacks unless the security officials decide to act.

A teacher specifically mentioned the fate of Professor Zafar Hasan Arif, a former head of the Philosophy Department at the University of Karachi who was first targeted during the martial law of General Zia. He was ultimately abducted and killed, allegedly by the security forces. "If you treat your professors in this manner, and kill them for their political views, how can you cultivate a culture of harmony and tolerance in society?" the teacher wondered.

Some social sciences students complained that the freedom of expression was curbed to the point that "you can’t mention issues like enforced disappearances or ‘missing persons’; you can’t even discuss the imposition of unofficial censorship on media", even in a mass communication class. When this columnist asked the students and teachers about any protests they had staged to demand their rights to freedom of association and expression, the response was: "if they don’t allow cultural programmes and study circles, how can one expect them to allow protest demonstrations?"

It was reported that even if as many as eight to ten students gather to stage a peaceful protest, they are immediately arrested or harassed. Sometimes there is no formal arrest but students are simply abducted in broad-day light. Some members of the APMSO were allegedly abducted and harassed when they refused to join the Pak Sarzameen Party (PSP) of Mustafa Kamal. Students are generally discouraged to discuss politics even in social science departments.

The continued ban on student associations and unions is a major concern for students who want to join in ideological discussions and raise questions about how the society is being managed and by whom. In the absence of student associations and unions, students tend to identify themselves in terms of ethnic and religious considerations rather than ideological differences and discussions. There are meanwhile no legitimate representatives of students who can negotiate their problems with the university administrations.

For example, a reduction in the number of scholarships and the lack of transport facilities are just two of the major problems students face. But there is no accepted mechanism through which the students can take up these issues. The shuttle service has been suspended for long and there is no hope of its restoration, but nobody is allowed to raise this issue or stage a protest for their demands. The Rangers’ occupation of the boys’ hostel in the University of Karachi is another problem. The largest university in Pakistan cannot offer hostel facilities to boys just because the hostel has been occupied in the name of security.

Female students face still more problems as, in the absence of any transport facility provided by the university, they have to take buses to reach the university. Within the university, there is no sports facility for girls. If they try to play cricket or football, the IJT, the security, and the university administration, frown upon it and try to stop them. The sitting together of boys and girls is discouraged. Sometimes they are told by the IJT or the security to sit separately.

Another concern is that the overall atmosphere of the university is increasingly narrow. Students reported that in March 2019, a seminar was held in which the topic of discussion was "the importance of genii, ghosts, and spirits". The head of the Political Science Department facilitated the workshop arranged by a religious outfit. Dictatorship is eulogised and promoted. It is projected to be a more Islamic model of governance. One of the teachers who did his PhD on the Musharraf era, is said to be constantly trying to prove that Musharraf was the best ruler Pakistan has had.

In the IR Department, one teacher reportedly teaches mysticism in IR classes and nobody can disagree with him. A similar situation was reported from Sindh Madrassatul Islam (SMI) where no study circles are allowed. The non-teaching staff are used to inform on students and teachers. No cultural activities are allowed. The number of scholarship has been reduced. If students raise their voice against some injustice, they are threatened with rustication. In a famous example, a student was expelled from SMI for writing about the university.

Some human rights activists complained that NGO representatives are not allowed on campuses for orientation sessions about community service. The United Nations Declaration on Human Rights cannot be discussed. There are, no taught courses on human rights, and discussion about rights is projected through a religious lense.

There is a widespread fear among students about their right to association. The freedom of expression is highly curtailed. The conservative and right-wing political groups are allowed to function but the same freedom is denied to liberal and progressive students.

In the absence of student associations and unions, there is no mechanism for students to negotiate with the university administration. Now, how do we improve the situation? The ban on student unions should be lifted immediately and students should be allowed to form associations and contest union elections.

Security forces deployed on campuses should be removed or at least reduced so that the academic atmosphere is restored. University administrations should treat all students equally, irrespective of their caste, creed, colour, or gender. Boys’ hostel should be given to students by removing security personnel from there. Freedoms of association and expression are fundamental rights and should be respected on all campuses. Cultural and sports facilities, as well as other extracurricular activities, are an integral part of campus life and university administrations should make sure that such activities and facilities are available to all students, without any fear of harassment, intimidation, or persecution.

The writer holds a PhD in education management from the University of Birmingham, UK. [email protected]